Shut down the bigots: Safe Schools is about saving lives

The highly politicised attacks that have taken place against organisations supportive of LGBTI youth — such as Safe Schools Coalition Australia and Minus18 — over the course of the past week represent an opportunity to show just how important such programs are. But they also reopen the door to a nightmare I experienced growing up that I’d thought was long since closed.

While I’d always known that I was different, throughout the entirety of my school years it quickly became apparent that other students were able to sense that difference as well. My head was smashed into a bubbler so hard my teeth broke, both my wrists were fractured as a result of being crashed-tackled by a group of boys into a stack of surplus school desks then slammed into a door-frame. Chemical powders were thrown in my face during classes, and death threats tied to my identity were left on my family’s answering machine.

Added in with language such as “red-headed rat rooter”, “faggoty freak” and “hot-headed homo”, among others, and it’s not hard to see why, as a child, I self-harmed, seriously contemplated suicide and ultimately repressed who I was at that time at great psychological cost so that I could survive, because I felt that the entire world was against me. If the Safe Schools Coalition program had existed in the 1990s, my fellow classmates would have been encouraged to take a walk in my shoes and to realise just how much they were hurting me. I ultimately could have avoided such unnecessary trauma and decades of despair if supportive resources had been available when I needed their extensive cultural and religiously respectful school safety policies and plans the most.

The Safe Schools Coalition has the ability to protect today’s children from going through what I did — and conservative politicians want to dismantle the measure. 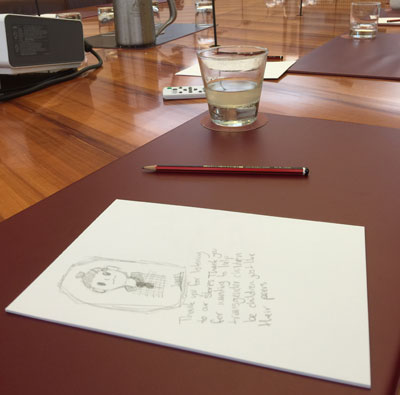 Like my dear friend Andreja Pejic, who recently spoke at a major diversity conference that was hosted by the Human Rights Campaign in the United States, I was lucky that most of my teachers were sensitive to the fact that I was dealing with some major issues while I was growing up, even though I was unwilling to come out about them at that time. Sometimes that communication is all that’s needed, and it’s why Safe Schools Coalition Australia actively engages in consultation with school communities, both before and after they voluntarily sign up to the program, so that all of their concerns and needs are addressed. 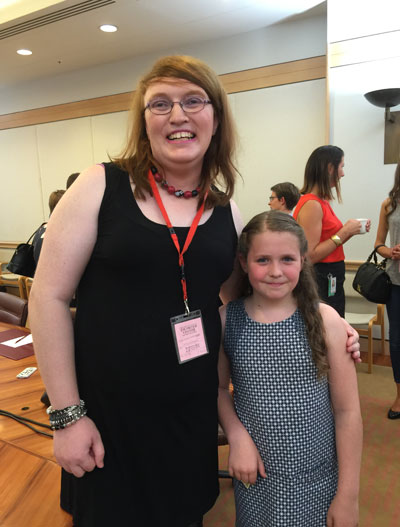 Saving the lives of vulnerable children should never be political, and it’s not until you start having transgender children and their parents coming up to you during functions like the Parliamentary Friends of LGBTI Australians event that was on in Canberra last Monday, tearfully wanting to bear-hug you because you’ve worn your heart out on your sleeve long enough to produce articles and documentaries that have helped them realise that their lives are well worth living, that you are truly able to realise that your own struggles, heartbreak and despair have all been worth it. 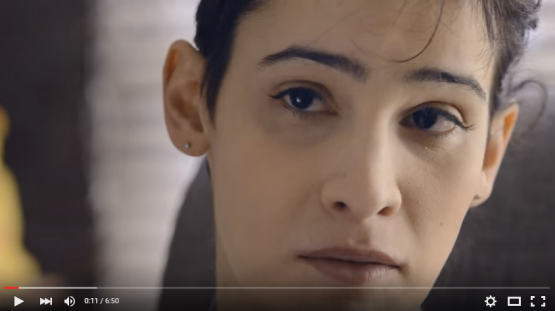 Being on the national steering committee of Safe Schools Coalition Australia has been one of the most important things that I’ve ever done in my life, however it’s not until you have moments like that which make you realise just how big a difference you’ve made in the lives of other human beings.

As a journalist, young trans-woman and former farmer, I’ve ultimately covered, witnessed and experienced some pretty horrific things in the pursuit of both doing my job and ultimately becoming my true self throughout my life. From covering deadly sieges and the activities of prolific paedophile priests through to being a survivor of multiple homophobic and transphobic assaults in both my professional and personal lives, I’ve rarely been out of life’s firing line since I decided that my life is way too important to go half lived.

While I may be comfortable and confident enough within myself to know that, it’s only a matter of time before the vitriolic and visceral debate on programs such as the Safe Schools Coalition and marriage equality prove deadly for somebody less fortunate than myself.

We’re all only human and there’s never any shame in being willing to accept that, while also owning up to our own strengths and flaws and admitting when we’re wrong. However, it’s only when people try to take that dignity and self belief away from us that we fully start to discover what the meaning and value of our humanity truly is.

Life is there to be lived, and if it takes a thorough and independent investigation — like that recently ordered by Malcolm Turnbull — to show just how crucial programs like Safe Schools Coalition Australia are when it comes to showing LGBTIQ kids that it is OK for them to openly be themselves, then so be it.

There are shady, dodgy dealings in the corridors of power from the ACL ratbags and their cronies, and like cockroaches they scurry into the shadows when you focus the light on them. Follow the money- they don’t care about kids, they want to establish a theocracy equally as bad as ISIS and have big backers.

The problem with society is not the fact there is prejudice against the abnormalities of some of some members of society – the problem is the inordinate amount of effort and ‘activism’ of the people that are the obviously abnormal trying to convince the rest of society that abnormality is actually normality . In other words those who are distributed outside the 3 standard deviations from the mean of the population are trying to say they should actually be included within the 2 standard deviation of the population in the Bell curve.
So it is quite correct to question the time and money spent and definitely the school time of a child -this can be classed as a form of educational abuse [or child abuse on mass scale] when the education system is already not producing the correct outcomes for society in sciences,engineering etc

Those of us who have never experienced what Kate has, cannot possibly understand how important these programs are to children in similar situations.
We can, however, listen to Kate and people like her and do whatever is necessary to make life better for LGBTIQ members of our society.
Anything less is just plain child abuse.

I assume you self righteously include yourself in the “normal” @ Desmond Graham. Our society flourishes when all the standard deviations flourish.
Keep fighting the good fight Kate, the rest of us will do what we can.

“The problem with society is not the fact there is prejudice against the abnormalities of some of some members of society – the problem is the inordinate amount of effort and ‘activism’ of the people that are the obviously abnormal trying to convince the rest of society that abnormality is actually normality .”

Well, I guess we can say we’ve read comments from a homophobe now.