Labor says Andrew Nikolic is too right-wing to be an effective chair of the security committee. Are they right?

He’s an Iraq War veteran, he’s worked in the Defence department, he’s an Abbott loyalist, and he wants to give national security agencies all the powers they want. He decries the “left-wing commentariat” and “serial individual rights spruikers” who are concerned that he wants to have civil liberties suspended. Meet the new head of the powerful Joint Parliamentary Committee on Intelligence and Security: Liberal MP Andrew Nikolic.

Nikolic is expected to be appointed to the chair of the committee today, filling a vacancy left by former chair Dan Tehan’s promotion into the ministry in the most recent reshuffle. Tehan was viewed mostly as an effective bipartisan chair of the committee, despite his public advocacy for the government’s national security measures. The committee he has chaired since the election has made more than 100 recommendations about the several tranches of national security legislation that have passed through Parliament during the Abbott-Turnbull era.

The committee, which has no Greens or independent MPs, has unsurprisingly not rejected any legislation put forward by the government since the election. Labor, not wanting to appear weak on national security, has suggested changes, but for the most part all legislation was approved in a bipartisan manner. But that bipartisan spirit is under threat as Labor warns Nikolic is too extreme to be the chair of the committee.

Nikolic was swept into Parliament in the 2013 election as the member for Bass, in Tasmania. He’s been accused of attempting to start a brawl in Parliament and once called the employer of a person who had criticised him and demanded an apology. He had a 31-year career in the army, where he worked in areas like Israel, Syria, Lebanon, Afghanistan and Iraq. It’s safe to say the MP has a vested interest in national security matters.

Nikolic has given dozens of speeches on national security, and as a member of the Joint Standing Committee on Intelligence and Security, he often question lawyers, human rights groups and even telecommunications companies about why they are standing in the way of giving law enforcement agencies everything they want.

For law enforcement agencies he often takes the opposite approach, with “Mr Burns, your campaign seems to have the momentum of a runaway freight train. Why are you so popular?” style of questioning. Like this question to the Australian Federal Police in December:

“With the recent investigations you have been doing, are your powers of detention sufficient, given reports that more encryption is being used and more difficult-to-crack methodology is being utilised, potentially, with terabytes of information? What have you learnt, in terms of the necessity for keeping people for longer, to err on the side of public safety?”

In a speech to Parliament just before the summer break, Nikolic said law enforcement agencies were “at the coalface” of terrorism, and the government “must support their efforts by giving them the powers they need” to hold suspects and control their activities.

He said terrorists were using our civil liberties against us, and those defending human rights were just making life difficult for law enforcement agencies:

“Many of the objections I have heard are impractical nonsense. Security agencies are damned if they do and damned if they don’t! This verbal and literal stand-off can sometimes assume the dimensions of undergraduate debate — relevant to a point but with a tendency to stray quickly to the emotive, fatuous and impractical.”

He said such debate over civil liberties was too high a luxury for the current threats facing Australia:

“To date, Australia has been at pains to err in favour of the individual. It is now time to err consciously in favour of the vast majority of peace-loving Australians. The four pieces of counter-terrorism legislation passed to date are not the end of the government’s resolve and anti-terror measures. But the Australian government intends, one way or another, to win this fight.”

This statement alone suggests Nikolic believes more legislation is needed to give law enforcement agencies even more powers than they have received under the Coalition government. What could be next? A crackdown on encryption.

It is already on the political agenda. Nikolic has asked about encryption during committee hearings. Prime Minister Malcolm Turnbull, in his first national security statement, mentioned the problems ASIO and other agencies faced due to suspects using encryption. Attorney-General George Brandis said Apple should comply with a recent court order that would force the company to create a backdoor to its iOS software for the FBI, and while he said a similar situation would not arise in Australia, it showed the issues with encryption. Brandis said:

“What I think it does illustrate is at a time when encryption of data is becoming almost ubiquitous and vast quantities of data which would previously have been accessible by warrant to law enforcement agencies, inaccessible, I think it shows how important it is that ISPs do cooperate with law enforcement agencies in facilitating and cooperating with proper investigations into serious crime.”

Greens communications spokesperson Scott Ludlam this week attempted to pass a motion in the Senate that called on the government to support the use of encryption technology and resist any push to weaken encryption on personal devices. The motion was voted down by both Labor and Liberal senators.

Nikolic also wants to go a step further than legislation already passed. He wants to suspend the citizenship of Australian-born people, not just dual citizens, who are convicted of serious terrorist offences, effectively rendering them stateless. 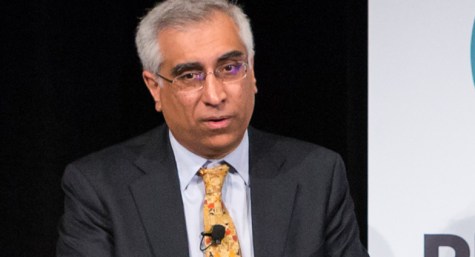 There’s his Officer Class : and then there’s “grunts”?

Unbelievable. What next, Cory Bernardi appointed the Chair of the “Freedom and Religious Thought” (FART) committee.

Just when you think it can’t get any worse, it does.

Some forensic questioning there. “And so Dracula, have you been given sufficient access to the Blood Bank?”

For the full back catalogue on the life and times of Andrew Nikolic MP:

Is there no end to the amount of hard right-wing Catholics the Liberal party has anoint to important positions? Will no one rid us of these meddlesome and would be priests?

Khaki election anyone.. clownshoes must gobsmacked .. A Turc/Terror election coming to a polling booth near you soon..wasn’t that the reason we were glad to see the arse end of il-gelitino in the first place..how long do you reckon before Supamals doing pressers at ASIO .. he might even be able to squeeze the pollie pedal in before the election..