Best frenemies, part 1. The word “mate” is often described as an indelible part of Australia’s culture, evoking images of Steve Irwin and Crocodile Dundee. But the term, supposedly of endearment, is never more powerful than when it is used to address someone you definitely do not consider a friend. Consider this morning, when Opposition Leader Bill Shorten was giving a press conference lambasting Prime Minister Malcolm Turnbull for announcing an inquiry into the Safe Schools Coalition. In a fortuitous coincidence, as Shorten denounced the right wing of the Liberal Party, Senator Cory Bernardi, who has led the charge against the anti-bullying curriculum, walked past.

“At least I’m not a homophobe either, mate,” Shorten shot back in a zinger his staff definitely could not have written for him. Perhaps we have found Bill Shorten’s secret power: the perfect use of the passive aggressive “mate” that drips with contempt. If he starts calling Turnbull mate in question time, perhaps his polling numbers will rise. 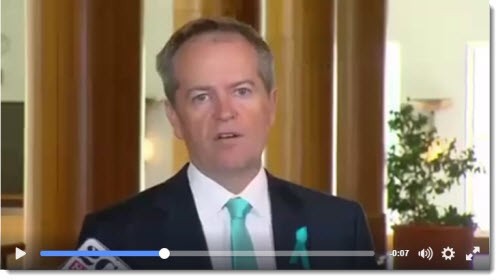 Best frenemies, part 2. Treasurer Scott Morrison ditched his weekly appointment with his bestie Ray Hadley on Monday, leading Hadley to slam Morrison’s appearance at the National Press Club. ScoMo fronted up with Hadley’s 2GB colleague Ben Fordham yesterday afternoon, and  the interview started cordially, with Morrison saying about Hadley: “I’m so glad he misses me, I miss him too. I’m looking forward to talking to him soon on radio again.”

Then Fordham asked if Morrison had been hiding under his desk instead of working at it, and the chat took a turn: “That’s crap, Ben, and I think that’s a bit cheap.” And it was all downhill from there, with Morrison ranting and Fordham calling him “sensitive”. After that the interview ended, with barely a mention of policy. Will Morrison go see his good mate Hadley on Monday? We’ll be tuning in.

Illegal possessions in WA. Earlier this week we reported on broad anti-protest laws being pushed through Western Australia’s Parliament, which include the offence of “knowingly possess[ing] a thing”. Activists protested against the laws yesterday, and they had one major instruction for participants — “Bring your THING”. This protester took it one step further, dressing as Thing 1: 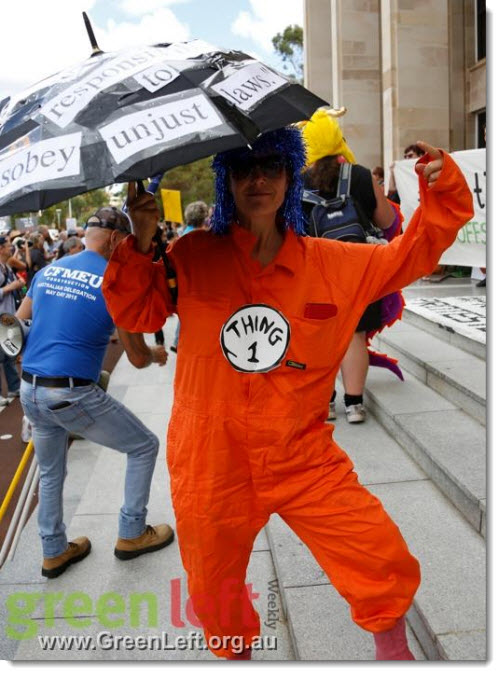 Mixed messages. Independent Senator Jacqui Lambie looks like she could be out of a job sooner rather than later if the government follows up its Senate reform bill with a double dissolution election. Ms Tips can’t decide if that would be a good thing or not, considering that we might miss out on Facebook posts like this: 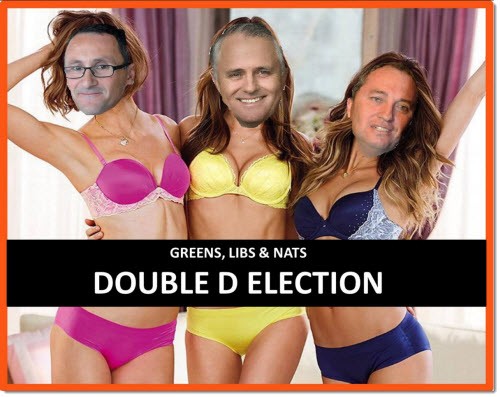 We wonder if any of the leaders pictured here would sue for defamation? It worked for Sarah Hanson-Young.

Christensen declares war. Queensland MP George Christensen is fashioning a new career for himself — as a publisher. The conservative MP, who has previously spoken at a Reclaim Australia rally, is starting a website called War on Radical Islam, which will publish articles on the religion:

“The website will seek to expose radical Islamic practices, its adherents and its appeasers within our midst. The site will also root out political correctness and its purveyors who seek to stymie free speech on this, the most important subject for the future of our Western civilisation.”

People who have strong feelings about radical Islam and political correctness will have to do it out of love, because there’s no money in the venture:

“The pay rate for writers and researchers is a whopping total of nothing but you’ll be helping fight for a cause which could determine the future of Western civilisation, freedom, liberty and humankind. It’s no small task.

If you’re interested in being part of this project, please e-mail me at [email protected] with your expression of interest and, preferably, an example of your work. Please ensure the subject line in all e-mails pertaining to this project read ‘War on radical Islam.'”

Christensen shouldn’t have any trouble with the research component — last year he bought more than a dozen books on radical Islam and Islamic State, for which the taxpayer footed the bill.

Members of the media. Back in 2012, readers of the Herald Sun decided to get creative with its pages and decorate them with pictures of phalli. The Facebook page “Drawing Dicks on the Herald Sun” was born, with artwork so detailed it could have put the paper’s cartoonist Mark Knight out of a job. Now the drawings are set to become an art exhibit, and a filmmaker is making a documentary about the phenomenon. The exhibition is opening at a Melbourne gallery on Friday night. We asked Herald Sun editor Damon Johnston if he’d be heading along, but he didn’t get back to us. 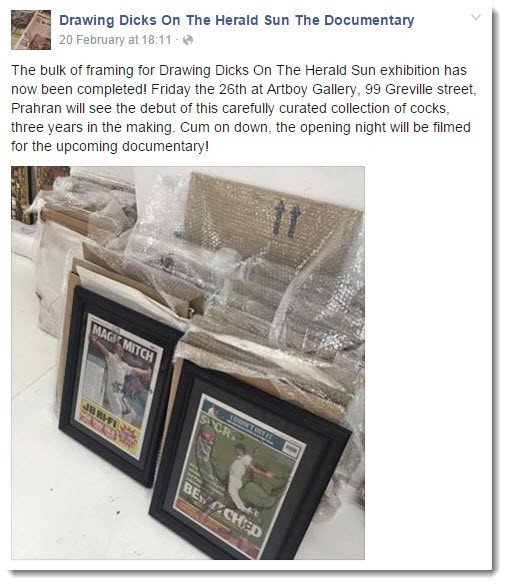 The Crikey Commissariat’s comprehension of how “mate” has long been used is no better than its understanding of what threats are faced right now by Australian Citizens.
Fortunately there’s scant reason to believe enough Australian Citizens will be conned into voting for candidates sprouting the various inane Crikey Land ideologies, is there.

Funny isn’t it – it’s all Right when these ‘shock-jokes’ (with their $sponsors) are using their elite positions to lambaste the Labor/Opposition and fight their Coal-ition fights for them – but it’s a different kettle of ordure when those on-tap Coal-ition members forget who butters their bread, and cop a serve for not being on hand, to show just how influential those jokes are?

Blot & his Hobbsean mate, Steve ‘Poison Dwarf’ Price were have been ranting for a week about Talcum not giving them face time so at least he’s not all bad.
Unfortunately Barnaby Rudge & Dunnuttin are still on call for the rest of the shoutjocks at 2GB.

Surely, AR, you can see on reflection that your Post # 3 hardly qualifies for a reasoned response to the issue, even if the Commissariat Censor likes it?