Protesting the protesters. Western Australia looks like it will soon pass broad anti-protest laws that carry penalties of of up to two years’ jail and $24,000 fines for “physically preventing lawful activity” passed the lower house last week, despite calls from the United Nations Office of the High Commission on Human Rights to vote against the laws. The laws were debated last year and are opposed by UN rapporteurs David Kaye, Maina Kiai and Michel Frost. WA Premier Colin Barnett says the laws are to stop people putting themselves or others in danger, but they are worded so broadly, a person could be found guilty for “knowingly possess[ing] a thing”: 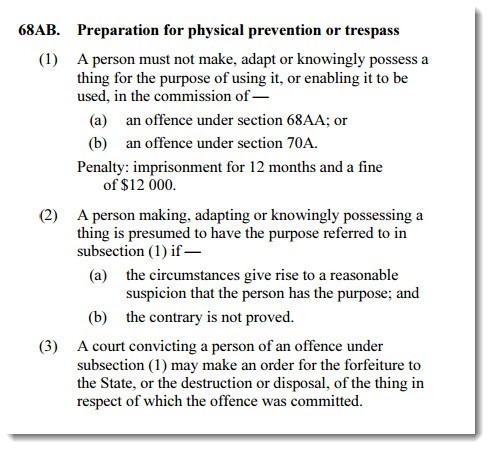 Always watching. Not long after Prime Minister Malcolm Turnbull announced that the government would be moving ahead with Senate voting reform, Victorian Senator Ricky Muir confirmed that bridges had been burned, and there would be consequences. We’ll be watching:

Trump card. Republican presidential candidate Donald Trump had a big win at the South Carolina primary over the weekend, using the Sunday morning politics programs in the US to predict that he would face Hillary Clinton as the Democratic nominee for president. On Meet The Press, he offered this analysis of the war in Iraq:

“I think that it wasn’t done correctly. In retrospect, it shouldn’t have been done at all. It was sort of, it was just done. We dropped bombs.”

After such a searing hot take, he said on Fox News Sunday that he “can” behave presidentially and will do so “pretty soon”. This piece in the New Yorker does what many wish they could do — copy edits Trump’s statement about Pope Francis, to make the presidential hopeful actually make sense.

Hold the boats. After Malcolm and Lucy Turnbull invted New Zealand PM John Key and his wife, Bronagh, to stay at their Point Piper home on Friday night, leading to headlines of “pyjama diplomacy”, the PM BFFs continued the bromance with a kayaking trip. 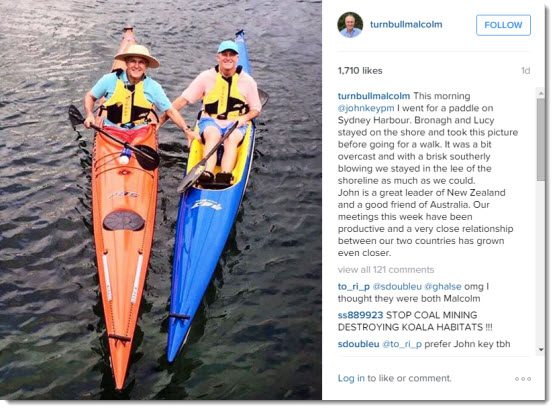 Not only did the Turnbull’s invite the Keys over for a more private evening, but they had to fend for themselves. At an additional hearing of Senate estimates this morning, the Department of Prime Minister and Cabinet was asked what services were provided to the Point Piper residence in general, and it was reported that no domestic services were offered, only security and mail redirection. It was also revealed that no extra services were offered to the PM’s private residences in Canberra and New York.

Estimates spent a long time this morning discussing the furnishings inside the Lodge and Lucy Turnbull’s role in choosing the furniture and art in the prime ministeral house. The Finance and Public Administration Committee heard that a sofa was re-upholstered at a cost of more than $7000 and that a set of curtains was re-hung in the dining room after they shrunk in the wash (happens to us all!). It was also reported that an effort was made for the furnishings and curtains to match. The price of a specialised luggage lift installed at the Lodge to save staff from carrying suitcases and heavy items up the Lodge’s staircase was around $100,000. Two injuries to staff were attributed to the staircase.

Asha back to Nauru. Refugee activists are claiming victory today after it was announced that Asha, the refugee child doctors at Lady Cilento hospital refused to discharge to be sent back to Nauru, would be heading to community detention instead. Immigration Minister Peter Dutton said this morning that Asha would be returning to Nauru as soon as medical and legal processes were complete, making it look like celebrations were premature indeed.

On many occasions while protesting non-physically I’ve been to violence including wrongful arrest, so I can see the farcical nature of the ‘heroic’ protesters who want to be helped to engage in physical violence against those holding different views.
Thank Heavens most Australian Citizens don’t support such totalitarian ideologues.

If Ricky wants to get his point across, he needs to address it to the right Twitter handle: @turnbullmalcolm not @Malcolm Turnbull which is a spoof account!