The ABC defends Catalyst. And other media tidbits of the day.

But a more political conflict-of-interest charge has been levelled at the Fin. Young property tycoon Zaki Ameer gave an interview to to The Australian Financial Review on Monday, and had his picture splashed on the front page, saying Labor’s proposal to limit negative gearing to new properties would “scare people”. “My clients are freaking out,” he told the Fin’s Larry Schlesinger.

BuzzFeed’s Mark Di Stefano decided to check out Ameer’s Instagram account and quickly struck gold, in the form of lots of pictures of Ameer posing with Tony Abbott. He had lots of pictures of him at the Liberal Party Mosman branch, which shed a certain light on his comments about Labor policy. Ameer’s political involvements weren’t, and haven’t been, declared by the Fin.

In a statement posted yesterday by Schlesinger on Twitter, Ameer said he was never asked about his “political preferences”. “If I had been asked, I would have answered truthfully. I was asked my opinion based on my experience as a property investor and I answered the questions posed to me as such.” The Fin hasn’t published anything on the conflict of interest.

Asked why he contacted Ameer, Schlesinger told Crikey that the young investor was a good source on the topic, given he owns 15 negatively-geared properties.

“I asked for his view as an investor and, as he has said, he responded as an investor,” Schlesinger said. “It’s interesting that no one seems interested in the political leanings of other more prominent people who have criticised Labor’s plans to scrap negative gearing (except for new homes.)”

Ameer is a frequent commentator on real estate, though this week appears to be the first time the Fin’s used him. We read through a few of the other pieces he’s been quoted in on places like news.com.au and Domain but he’s never talked politics before. — Myriam Robin

Village Roadshow first off the mark. The company most known recently for losing a High Court case against iiNet over whether it was liable for its users illegally downloading TV shows and films is back again with the first test case of new site blocking legislation. In a case reportedly to be filed later today, news of which was dropped early to Fairfax and News, Village Roadshow will ask the court to order ISPs to block a little-known website called SolarMovie, which allows users to stream movies and TV shows. The site has been blocked in the UK, and earlier this week the site became the first to be ordered to be blocked under new laws passed in Singapore.  Foxtel is believed to also be preparing to file a separate case imminently. Rights holders have been facing pressure from the government to use the new law that was passed over seven months ago. — Josh Taylor

“The program team included a range of views and remains confident that it covered the issues appropriately and in accordance with the Editorial Policies.”

Meanwhile Charlie Teo, one of those quoted in Demasi’s program, has put out his own statement saying it never hurts to be safe.

“As a neurosurgeon on the front lines of treating children with brain cancer, I am saddened that we are still not close to finding a cure, or even effective treatments. The most common form of brain cancer, glioblastoma multiforme (GBM), carries a dismal prognosis with only 2% of patients surviving more than 5 years. This disease kills more children in Australia than any other disease! …

There is evidence for and against the association between non-ionizing radiation and the genesis of brain cancer. I personally believe the jury is still out. Why then would I be so supportive of scientists such as Lennart Hardell and Devra Davis? It’s simple…..I don’t want egg on my face!”

Sunderland’s new gig. The role of ABC head of editorial policy has been strengthened in a new restructure that has more content makers formally required to pass content up the ladder to him for checking.

In an email to staff this morning, Alan Sunderland, whose new title is editorial director, explained the changes:

“[U]ntil now, my involvement in providing advice and a crucial ‘second set of eyes’ on significant and controversial editorial matters has been something of an optional extra. In practice, it happens most of the time, but not all of the time. There is nothing in our Editorial Policies that tells content makers that they must get editorial advice on key content. So things can slip through and, even if they are upwardly referred to the Directors of TV, Radio, News, Regional, etc… or all the way to the Managing Director, they aren’t always discussed with editorial policy advisers first.

“So that’s what is changing. I will soon be recommending to the ABC Board some changes to our editorial policies to mandate the kind of advice-seeking that is currently fairly common practice, but doesn’t happen all the time …

“My role is not to censor or to start making the editorial decisions that should continue to be made, as they always have, by content makers and their managers via upward referral. Rather, my role is to advise and to recommend, to provide guidance and make suggestions. And importantly, to ensure the lines of information and communication work consistently and well. The changes announced yesterday will, I hope, make a good system of checks and balances work even better.”

The ABC has been under pressure to split the roles of managing director and editor-in-chief, both of which are held by outgoing chief Mark Scott. Incoming chief Michelle Guthrie has relatively less editorial experience than Scott. With the increase in Sunderland’s responsibilities, the ABC has taken steps to beef up its editorial oversight. The ABC denied yesterday that this was in response to recent reporting errors over the reporting of child rapes on Nauru (after the Oz said it was). The changes were apparently approved through the ABC board earlier this year.  — Myriam Robin

What the world needs: another tabloid. As Fairfax is hacking into its editorial structure (with the editor-in-chief of The Age out the door) in yet another restructure, the UK newspaper industry is watching another contradictory event unfold.

A week after the closures of the Independent and its Sunday edition were announced, a new tabloid paper is to appear on Britain’s streets at the end of the month. Trinity Mirror, publishers of the tabloid Mirror and its Sunday paper and Sunday People, will produce the new paper, to be called New Day, which is expected to launch on February 29 and will be published Monday to Friday. The name isn’t set in stone — some reports say it could change between now and the end of the month — and the final cover price will depend on demand.

It will target the market opened up by the “i” paper (part of the Independent group, which is being sold to Johnstone Press) when it was launched back in 2010. The new paper will aim at women readers who also read the Daily Mail or the Express (but not the Sun). Trinity Mirror has been working on the new paper for the past five to six months. — Glenn Dyer 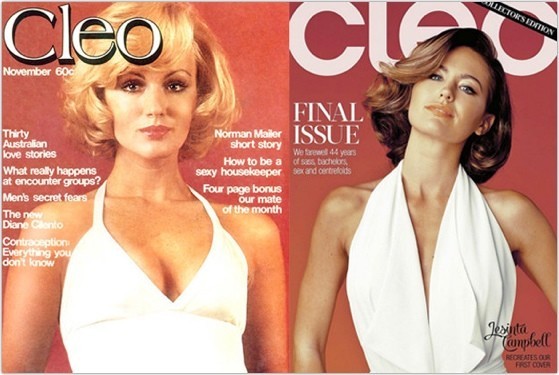 ‘Asked why he contacted Ameer, Schlesinger told Crikey that the young investor was a good source on the topic, given he owns 15 negatively-geared properties.’

It would be interesting to find how many Zakis there are, won ing multiple houses and locking our children out of the housing market.