Stop and frisk, Nauru edition. The Nauruan government has announced stricter conditions for asylum seekers and refugees at the regional processing centre on the small island nation. Even though the Republic of Nauru’s Twitter account claims that refugees are not living in detention and are free to move around, the updated government gazette released on Monday shows that detainees at the centre are far from free. Residents and visitors to the centre are subject to search on arriving and leaving the centre and visitors must be approved:

“All persons and vehicles entering the Centre are subject to screening, frisk search, bag checks and vehicle searches upon entry and exit;

“9.4 Visitors must be approved by the Government of Nauru, ABF or a service provider manager, and be escorted at all times;”

The release also says that all incidents of violent behaviour will be reported to police and that everyone has a responsibility to report such incidents. Residents are also banned from “any form of exchange or bartering” in the centre, including “the provision of gifts or any material goods or favours”. Residents could be banned from the internet for a month if they breach a rule that requires them to: “respect local people, property and their culture at all times. Persons residing at the Centre must not use inappropriate language, behave or dress inappropriately or solicit when interacting with the community.”

Titanic II sails again? Embattled MP and businessman Clive Palmer has found himself in the American and Irish press in the past week — not for his policies or failed business ventures, but for his Titanic II project, which last year was reported to be at least two years behind schedule. Last week The Belfast Telegraph published a story online spruiking “striking images” of the new ship and reporting that it would be launched in 2018 by “wealthy Australian businessman Clive Palmer”.

The piece includes virtual images from the Blue Star Line’s website, but it doesn’t reference any of Palmer’s recent business troubles or the continued doubts that the ship will ever be built. Since that report, follow-ups have appeared in The New York Post (and republished on news.com.au), Ninemsn, BuzzFeed and Quartz, where it caught the eye of a Crikey tipster. 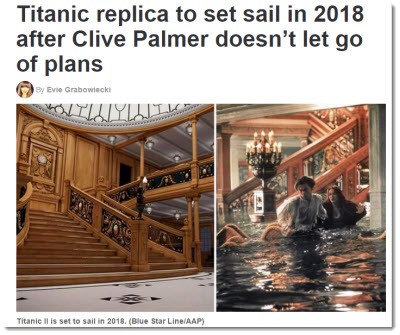 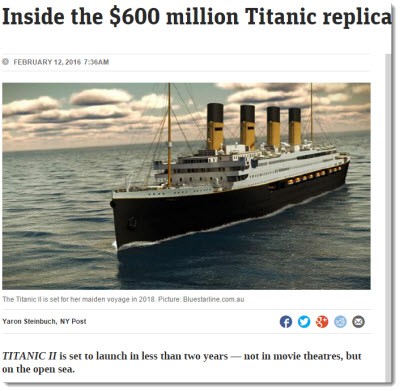 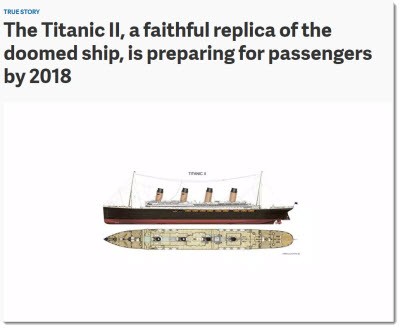 The Daily Mail’s London-based travel reporter also reported on the photos, but included a mention of the recent collapse of Queensland Nickel and the questions over the company’s donations to the Palmer United Party. Was Palmer looking for some positive press, we wondered? Does he really have the funds to get the Titanic II plans moving? We contacted Blue Star Lines to ask if there had been any acceleration of the ship’s journey to completion, and were directed to Crook Media, which handles all of Palmer’s media. It seems they are just as much in the dark as us, saying the Telegraph had reported news that was months old and there have been no new announcements on Palmer’s thought bubble. None of the stories have addressed whether the doors will be big enough for two people to float on.

Jeb! hearts America (and guns). Republican presidential hopeful Jeb Bush posted this photo on Twitter this morning along with the thoughtful caption “America”, which has left many of us wondering just what it’s all about. 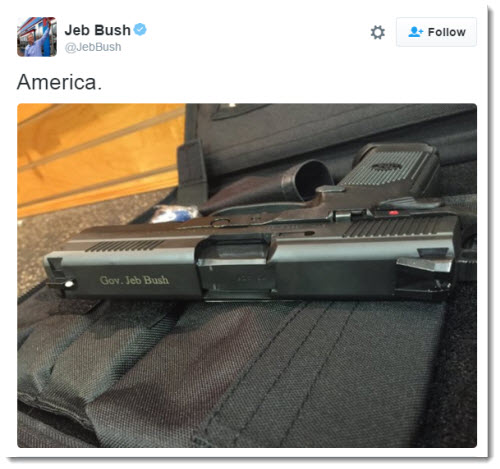 Many Australians replied with similarly representative images of our great country, and MP Tim Watts offered this answer to Bush: 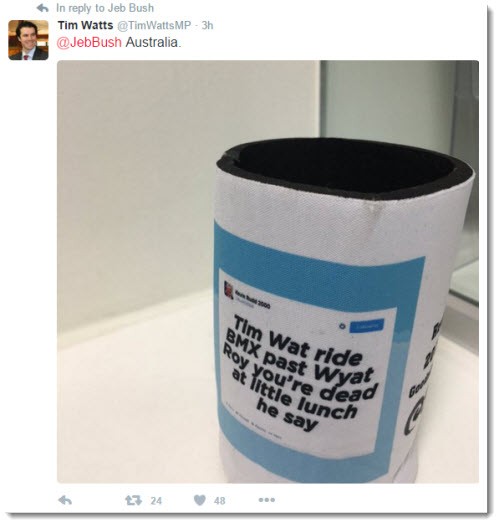 Magical vegan powers. A press release arrived in Ms Tips’ inbox this morning that made us think teenagers in our high schools could be exposed to something even worse than the Safe Schools Coalition — but vegan superpowers. “Mr Universe Reveals Vegan Powers at High Schools,” the subject line read, but the email that followed didn’t deliver. There’s no promise of making vegan cheese actually good, or even of a cape.

“International animal protection organisation, In Defense of Animals, is pleased to announce the launch of their “Strength in Kindness” High School tour led by former Mr. Universe, Billy Simmonds.

Sigh. We’ll have to wait on another hero to make Facon really taste like bacon.