Western countries are normally happy to invoke the authority of the UN Working Group on Arbitrary Detention -- until its inconvenient ruling on Julian Assange.

What happens when the UN panel that you previously thought was excellent produces a verdict that you don’t like?

That was the problem facing UK Foreign Secretary Philip Hammond (little-known outside the Tory Party and best known for having been a Goth in his younger days, not that there’s anything wrong with that) when the UN Working Group on Arbitrary Detention found in favour of Julian Assange’s complaint that he had been arbitrarily detained by the UK and Sweden.

“Ridiculous” was how Hammond described the decision, saying Assange was a fugitive from justice, that he rejected the finding and that the working group was made up of lay people, not lawyers. The Working Group members, who are all high-level legal practitioners, professors of law or experienced international law jurists, might find that comment puzzling.

But Hammond’s problem is the Cameron government had a very different view of the WGAD when it ruled that the Burmese regime’s ongoing detention of Aung San Suu Kyi was a breach of international human rights law. “As in its previous five ‘opinions’, the Working Group has found that the continuous deprivation of Daw Aung San Suu Kyi’s liberty is arbitrary, and has requested the government of Myanmar to implement its previous recommendations and to remedy the situation,” Hammond’s predecessor William Hague said in calling for her release. Indeed, it’s been only a few months since the British government was happy to quote the WGAD in its guidance on handling particular types of protection and human rights claims about China.

China is a constant target of the WGAD. Unlike other UN bodies that might be criticised for obsessing about Western governments while ignoring the human rights abuses of dictatorships, WGAD focuses almost entirely on non-Western countries. In the years while Assange has been detained, the Working Group has ruled against China 14 times — with most rulings dealing with multiple detainees — and against Iran nine times, as well as ruling against Cuba and North Korea (again, often covering multiple cases) four times each. Syria, Saudi Arabia, Russia and the Palestinian Authority have also been among its targets. It’s in such company the UK and Sweden now find themselves.

The United States was also happy to cite the WGAD in the case of Alan Gross, who spent several years in a Cuban jail after travelling to the country to provide Cuba’s Jewish community with internet access. US politicians and the State Department were happy to cite WGAD’s finding that Gross was arbitrarily detained. The US Justice Department also cites WGAD decisions in its criticisms of the human rights records of other countries. And the WGAD ruled last August that Iran was holding US journalist Jason Rezaian arbitrarily as well; the State Department also invokes the WGAD’s decision about other imprisoned journalists.

In short, the WGAD is usually a reliable source for Western countries eager to criticise the human rights records of countries like China, Iran and Cuba. But the moment it looks askance at Western practices, it’s “ludicrous” and dismissed.

Also joining in the attacks on Julian Assange was Labor frontbencher Richard Marles: on Saturday morning Marles decided to weigh in on the UN decision and declared that Assange was “no hero” and had placed “a whole lot of people’s lives at risk”.

While the second point has been explicitly debunked by the US army in the trial of Chelsea Manning, Marles’ animosity toward Assange might derive from the embarrassment caused to the Labor right-wing spear-carrier when WikiLeaks revealed his attempts to curry favour with US diplomats — the Manning cables revealed that Marles, like Bill Shorten, Mark Arbib and a long line of Labor Right figures stretching back to Bob Carr in the 1970s, were happy to act as secret sources for the State Department, including on internal Labor Party matters.

Of course, as Labor’s immigration spokesman, Marles has little to do beyond reflexively endorsing whatever the government does to asylum seekers and generally try to ensure voters forget about the issue, so he was probably grateful for the opportunity to talk about the sort of asylum seeker who is unlikely to end up Nauru. 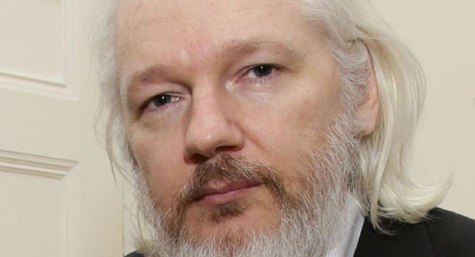 UK, Sweden fast running out of excuses to detain Assange

‘Preconcert’ and the strange coincidences around Julian Assange

Ecuador embraces Assange, but can he escape?

That no one has deemed this ‘news’ item worth analysing, it’s to be hoped that the Crikey Commissariat won’t take too much longer to realise they’ve taken a dead horse to their water hole, so perhapas they should stop beating it.

How ironic to hear Julian Assange described as ‘a fugitive from justice’ when the term is better applied to the Swedish prosecutor, Marianne Ny.

More accurately described as the dormant Swedish prosecutor bearing in mind an aversion to actually pursue Assange despite his willingness to be interviewed via video or at Ecuador’s embassy. If anyone is dodging justice it is Ny. Why?

zut…perhaps because she doesn’t have a winnable case against Assange? Or any case, for that matter!

The “Five Eyes” need to stick together. So the UK cannot take an intelligence stand that is too different from US interests.

Chris, the real collateral damage is to the Swedish and other Justice Systems as Assange uses any ruse to avoid facing the original well-documented charges.
Had it not been a beloved of the P.C. Tooth Fairy Brigade dilettantes he’d have faced the courts long ago, wouldn’t he, because not even the Crikey Commissariat Censor could have shielded him this long.