Melbourne papers don’t want Latham. Editor-in-chief at The Age newspaper Andrew Holden last Friday confirmed he’d been in discussions with Mark Latham about giving the outspoken former politician a column, but he brushed away suggestions the decision to pull it was the result of a staff revolt.

“No, no, no,” he said, when asked point-blank if that had been the reason for Latham not getting the gig.

Appearing on ABC 774’s Drive program on Friday afternoon, Holden said he was only interested in Latham’s political opinions and not his social commentary.

“I thought he may have brought value to The Age, talking specifically about federal politics. He is a pretty good columnist at times,” he said, “but in the end it was a mutual agreement that it wouldn’t be a reasonable fit.”

Crikey offered Holden a chance to comment before we published our piece a week and a half ago about the staff revolt and the subsequent decision not to run Latham’s column; he declined.

Latham, who resigned from The Australian Financial Review last year following controversial comments about feminism, mental illness and domestic violence, has landed on his feet, with his column running in The Daily Telegraph last Tuesday, published opposite other ex-politicians such as Peter Costello and Jeff Kennett.

Damon Johnston , editor of the Herald Sun, wasn’t a fan of the column. He told 774 he could have run it in the Hun but didn’t because it was “tedious”.

“It was a fairly unremarkable exposition on how Labor’s lost touch and is interested in more social, cultural elite issues as opposed to the blue-collar, working-class issues, which I’ve read a thousand times, so I read it and put in in the out-tray,” said Johnston.

“The worst thing a columnist can do, whether you’re an ex-politician or a journo or anyone, is be boring, and that is what counted against that column from my perspective.”

What’s my name again? An email from Labor’s national secretary George Wright to ALP supporters probably would have remained unread in many inboxes on Friday afternoon if it hadn’t followed up with another email with the subject line “Sorry!”. The follow-up email apologised for referring to readers as “Riley” in the previous email. And of course, George knows you are not Riley, you are Friend. That’s a way to get attention.

Pirates don’t pray. Australia is often referred to as the pirating capital of the world — given our penchant for illegally downloading television programs like Game of Thrones. But according to a new study, people’s tendency to download content illegally is affected by how religious they are. According to a study published last week that interviewed 400 members of a Christian mega-church in Indonesia “highly religious respondents have a stronger attitude against digital piracy and are more willing to stop purchasing pirated media compared to the less religious and moderately religious respondents”. It also found that even among the highly religious, people were less likely to change their behaviour if told to by a pastor or reverend, but more likely to change their behaviour if they believed that message had actually come from God. The study also suggested educating children from an early age that piracy was unethical in order to curb the practice. Perhaps companies like Village Roadshow could save their political donations and instead invoke a higher power?

Zimmerman goes red. From Crikey‘s Senate estimates live blog, it’s been revealed this morning that the new member for North Sydney has turned up to his first week of Parliament and didn’t have an office on the House of Representatives side of Parliament House. According to Department of the Senate secretary Rosemary Laing, Zimmerman is being accommodated in the Senate side of the building until an office can be found among his lower house colleagues. While the secretary acknowledged that it left Zimmerman a long way from the House of Reps, he wasn’t in the furthest office away from the chamber. 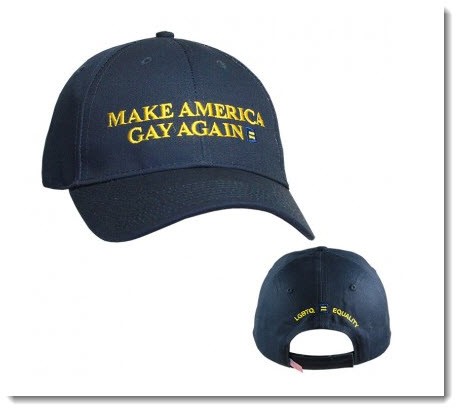 Media briefs: forget 18C … sharing the spoils … all is forgiven …