Sex, drugs and Molly Meldrum: behind the scenes of counter-culture mag <em>Go-Set</em>

Phillip Frazer didn't know a lot about music when he launched Go-Set with his friend Tony Schauble in 1966. But what a glorious ride it was.

Australia’s first pop music newspaper was a full-colour tabloid weekly called Go-Set that launched in the first week of February 1966, exactly 50 years ago. At its peak it sold over 60,000 copies a week.

I was 19 then, and my fellow Monash Uni student Tony Schauble and I conceived of and launched Go-Set over our summer holidays. Our only backer was Jim, a suburban printer whose presses used photographic plates instead of old-style cast metal. Jim agreed with us that a pop paper, full of photos and wild graphics, was just the product to showcase his new offset technology, but Jim’s pockets were not deep, so we’d have to sell lots of copies fast, so this paper had to be what we and most of our friends sneered at: commercial. 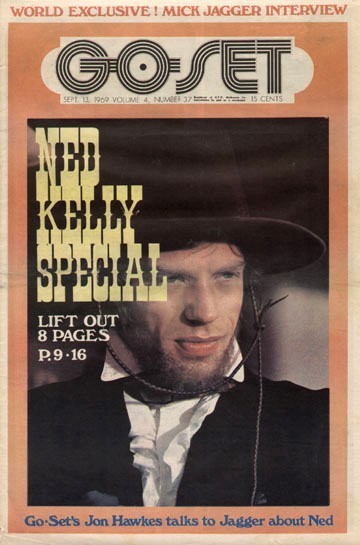 I put go-go and jet-set together to get Go-Set, and we hit the discos to find people who, unlike us, knew the local scene — and found a photographer named Colin Beard who had a Pentax (no flash), a 16-year-old fashion expert named Honey, a Monash mate, Doug Panther, who said he’d interview anyone, and an ad salesman named Tez Cleary whose clients kept buying because they loved his telephone banter.

Two weeks later, Col slipped through security to take shots of the Rolling Stones on their Australian tour, which Mick Jagger described as “the best photos of us I’ve ever seen”.

Go-Set was an instant hit, but Victoria’s magazine distributors didn’t want to know about a paper run by unknown kids, so we found a mate who distributed books to be our indie distributor, and sales soared.

Our tiny rented home was now also an office, warehouse and crash pad for a staff whose main qualification was a willingness to work for toast and bottles of milk Panther pinched from the local dairy.

We recruited talent on the run. A girl drove up in a brand-new pink Valiant and got a reporting job when she promised Tony she’d lend him the car. This 19-year-old was Lily Brett, and these days she entertains the crowds at her novel launches around the world with the story of how a pink Valiant kick-started her career.

A month after that, a mop-topped bloke sweeping the floor introduced himself to me: “I’m Ian … Ian Meldrum.” Ian made so many friends around the scene so quickly that 3UZ DJ Stan Rofe named him “Molly”, as a riff on “band moll”. Though Molly’s columns could be described as a stream of consciousness flowing into a sea of ellipses, the kids loved it.

In fact, as much as the gossip on pop stars, it was the cheeky and iconoclastic voice of Go-Set that appealed to our teen readership. Our outlook on gayness and most social differences was a cheerful whateverism — your lifestyle was whatever you said it was, not just inside the office but on the pages of Go-Set itself.

Our “advice” columnists included gay blues singer Wendy Saddington and Pat Wilson — wife of Daddy Cool’s Ross Wilson, so we called her Mummy Cool. Irate parents called shock-jocks to complain that “she said it’s normal for our kids to experiment with marriage-oo-ana” — which was good publicity since we actively sought to bond with the teens against their parents.

The one and only oldie on our staff was accountant Geoff Watson, who arrived in 1967 in his mid-30s in a suit and tie. A year later, Watto had hair down to the collar of his kaftan, proud to be a generational renegade.

Most grown-ups I knew in 1966 were stuck in the mud of left-over British culture, while also banking on America to provide us our future. But Americans in uniforms were bombing people in far-away lands and attacking civil rights protesters back home, and that was not a future I wanted to be a part of.

My Monash mates and I were learning about rewriting the rules from writers — R.D. Laing, Betty Friedan, Herbert Marcuse, Doris Lessing et al — and some top 40 music also had subversive messages. Lesley Gore’s You Don’t Own Me and the Crystal’s He’s a Rebel were early zingers, and then came the cheeky Beatles and the satanic Stones, protest folk from Bob Dylan and Joan Baez, and civil rights messages from Sam Cooke and Aretha Franklin, among many black American artists.

Go-Set grew with these changing times, but while we were big in Melbourne, sales were slow in Sydney. The music biz in Melbourne was run by teen or early-20s go-getters like us, because the established “entertainment industry” was just not connected to the street. Sydney’s industry bosses were even less hip; their heads were in their pokies. Go-Set’s Sydney breakout came in 1967, when my girlfriend moved into a house in Randwick with five other UNSW students, all blokes, one of whom got the rest to do housework and pay rent. That born organiser was David Elfick, who agreed to take over the Go-Set Sydney office, and because he and his teen and 20s staff connected with the Sydney kids, they quickly doubled NSW sales. 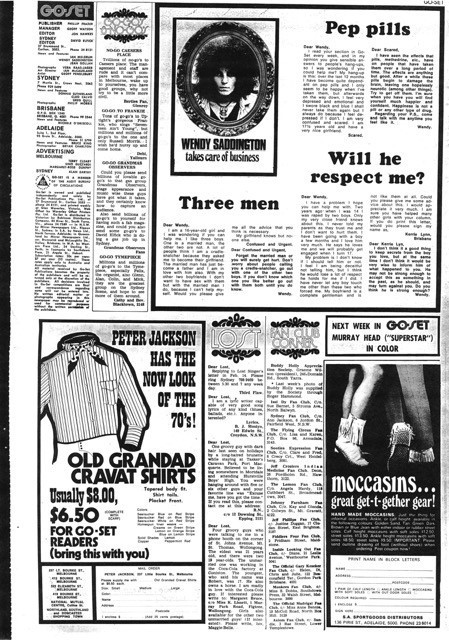 Talent also came in the mail. A reader named Ed Nimmervoll compiled genuine top-40 sales charts to replace the phony ones produced by radio stations and record companies. A submission to our design-a-cover competition was so good I hired the artist, Ian McCausland, who became Australia’s top rock graphic designer.

In 1970, the McNair marketing company reported Go-Set’s national sales at 70,000 with a readership of almost half a million.

With a fellow traveller named Jon Hawkes, I launched a new monthly, modestly titled Revolution, for readers who saw themselves as part of the new counter-culture. Change was all around, even in the mainstream. When Go-Set began, Sir Robert Menzies was prime minister. Eight years and four Coalition PMs later, when Go-Set folded, Gough Whitlam’s Labor government was in charge. During the 1972 election Molly Meldrum interviewed Bob Hawke for Go-Set! It was time.

Go-Set was not, however, amenable to championing the counter-culture’s causes: sexual politics, environment, natural food, holistic medicine, drugs, communal life, etc. So I told the businessmen who now owned our printers that they should run Go-Set themselves, and get their money back. I promised I’d consult while I set up a new project, and they were happy about this deal … until the cops paid a visit.

I’d forgotten that, a year ago, we’d printed a few of Abbie Hoffman’s cheeky tips for “ripping off the system”. Example: slide a record album inside a frozen pizza box and proceed to checkout.

Victorian deputy premier Dick Hamer, whose daughters read Go-Set, thought that was so un-funny he hauled me before a magistrate charged with “inciting diverse persons unknown to commit larceny at supermarkets”, and the printer declined to pay my bail.

We went our separate ways. In 1972 I launched the Australian edition of Rolling Stone. Go-Set folded in 1974. 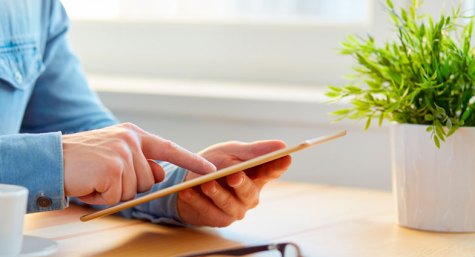 Turnbull invokes a Menzies manoeuvre by crossing the floor

What a great story this is.

Colourful background information here, thanks. At last we know the origin of ‘Molly’.

There was nothing covering the local youth music scene prior to Go-Set, occasionally a copy of ‘Seventeen’ magazine was to be found but it was heavily USA-oriented.

Your efforts & ingenuity were much appreciated, Phillip.

I admit shamefully to writing for Revolution, two stories, one marriage-yoo-ana (I liked it) and another a diary of a heroin addict.

Revolution. Dear me. Not a gun between us.

And Phillip thanks for the story and thanks for giving me a go as a writer. Still at it