First day blues. In case you hadn’t noticed, Parliament is finally back today, and like the first day of school, shoes are polished, shirts are freshly pressed, and to some disappointment, razors and hair clippers have been dusted off. As politicians emerged over summer, many of them sported hirsute souvenirs of their holidays. Unfortunately the one beard to rule them all, adorning the face of Communications Minister Mitch Fifield, is no more: 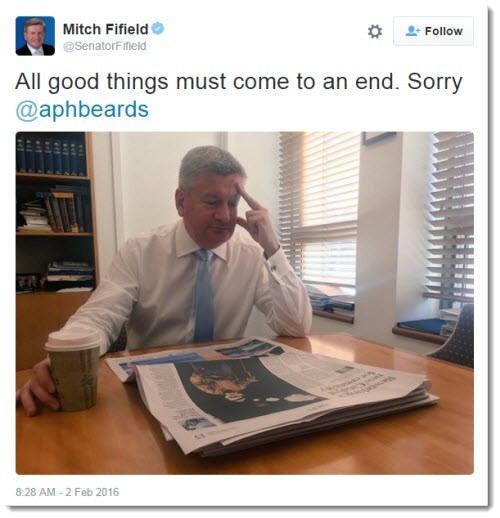 Labor MPs Ed Husic and Chris Bowen have kept their face fuzz, so maybe there is hope for a new parliamentary trend: 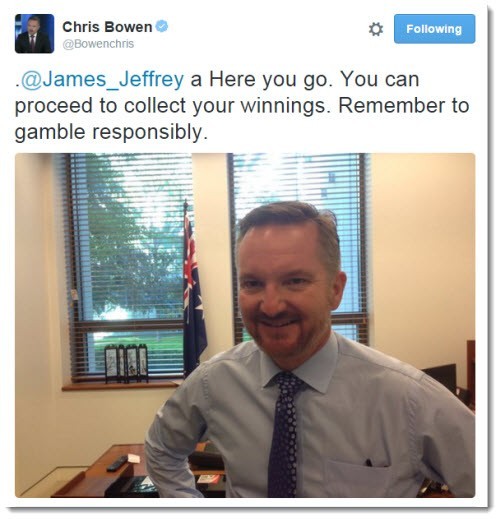 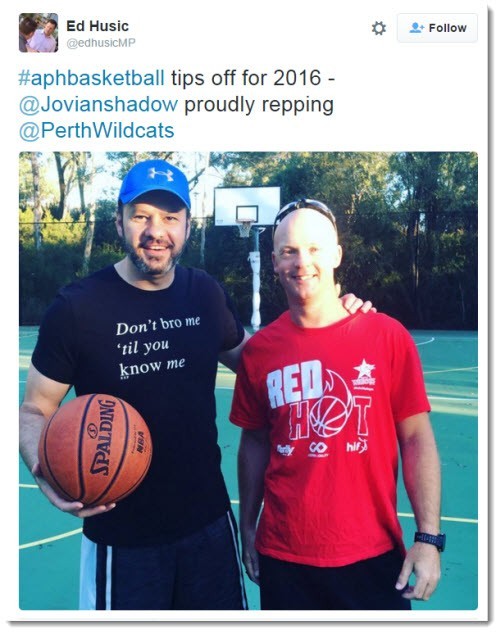 Let me google that for you. There was a bit of confusion yesterday when the Australian Electoral Commission’s annual donations disclosure revealed that tech giant Google had donated $60,000 to the Labor Party. In a time when Labor is pushing for Google to pay more tax in Australia, the donation did raise a few eyebrows — and not just in the media, but at Google HQ. Google later clarified that it wasn’t a donation to Labor, it was a donation to the Labor-aligned Chifley Research Centre for digital inclusion research, and a similar $66,000 donation was made to the Liberal-aligned Menzies Research Centre. According to BuzzFeed, Google has now “launched an internal investigation” to find out whether it was known that the Chifley Research Centre was aligned to the Labor Party. We know that Google’s profits are supposedly offshore, but we hope their research can be done locally. Ms Tips suggests that looking at the name of the centre should give some clues, and if that wasn’t enough there is a search engine that can help. This is the result we found:

Fortitude shows its cards. Anti-Islamic group United Patriots Front announced last year that it would be starting a political party, to be called Fortitude Australia. The party’s website went live over the weekend, announcing a range of policies and a line-up of muscly white “patriots” who will supposedly run for the Senate at the next election.

Unsurprisingly, the policy page opens with plans to “cease construction of all Mosques — destroy plans for new Mosques” and “an immediate stop on all further Muslim immigration”. Not particularly shocking coming from the group that regularly holds anti-Islam rallies and claims immigration is “merely a replacement of the Australian people”.

Other policies include taxing multinational companies, creating “an easily mobilised Infantry force within the nation” and ” a universal subject which prepares and teaches high school students practical skills and knowledge in regards to everyday living, to improve their understanding of Australian society”.

Our favourite from their actions to be taken immediately is “A federal indictment for conspiracy and treason to be issued to mainstream media organs suspected of undermining and deconstructing the Australian Nationality”.

We guess that means we’d be heading to jail if Fortitude gets elected? That’s assuming of course that the party could get elected, even if it were registered. According to the AEC website, the party hasn’t applied for registration yet, telling Facebook supporters it is still working on getting membership together.

Occupational hazard. While most of us are focused on the federal election, a tipster tells us that council elections in Queensland are taking their toll:

“One South East Queensland mayor doesn’t appear to be coping with the prospect of losing at upcoming council elections. The usually mild-mannered bloke got into a blind rage last week and ended up hurling a stapler at a staffer — a story which has now spread like wildfire around town. Council elections will be held across Queensland on 19 March.”

Which oaths matter? A small example last weekend of how national security is not about what you know but who you know. Over the weekend, the US Department of Defense decided not to take any action against David Petraeus, former CIA head and US General, such as demoting him from four-star general. Readers will recall Petraeus, who admitted to leaking damaging national security information — not, as in the case of Chelsea Manning, to reveal war crimes by US forces or the profound cynicism of US foreign policy; not, as in the case of Edward Snowden, to reveal illegal mass surveillance by the US government and force a debate about overreach by secretive security agencies, but to impress his then-mistress, Paula Broadwell.

This comes on top of Petraeus’ two-year probation and $100,000 fine that he received after he admitted leaking secret material to Broadwell. The decision is just days before the first anniversary of the release of former CIA officer John Kiriakou from prison, where Kiriakou served a two-year sentence. Kiriakou’s crime? Revealing to the media the CIA’s torture program. To date, Kiriakou is the only person jailed in relation to CIA torture. There’s a connection between Kiriakou and Petraeus. When Kiriakou was convicted in 2013, then-CIA head Petraeus issued a strongly worded statement to CIA staff. Petraeus said:

“Oaths do matter, and there are indeed consequences for those who believe they are above the laws that protect our fellow officers and enable American intelligence agencies to operate with the requisite degree of secrecy.”

Petraeus of course had already broken his oath in giving information to his girlfriend, but no one knew that at the time. When he was eventually prosecuted, prosecutors wanted to point out that Petraeus had lectured CIA staff about Kiriakou when he had committed the same crime, and specifically include a reference to his little lecture about breaking oaths. But Petraeus’ lawyers demanded the prosecutors remove the reference. Petraeus not merely avoided jail, he avoided having his utter hypocrisy thrown in his face. Meanwhile, Manning sits in jail and Snowden lives in Moscow, knowing the US will seek to abduct him if he ventures anywhere in Western Europe.

Neither Assange or Snowden will ever again be able to move freely.
When telling the Truth is a Crime, we is in deep doo-doo.
And we are.