Mathieson quits The Australian, after missing out on ABC gig

The Australian's editor has handed in his resignation.

It’s a new era at The Australian, with the paper’s two most senior editors out the door within three months of each other.

Mathieson is off to work for NSW Premier Mike Baird as a political advisor (the actual role is titled ‘director of economic, infrastructure and state priorities’). He’ll be corralling the bureaucracy and acting as a liaison between the Premier’s office and the state public service.

Mathieson missed out on the editor-in-chief role when Mitchell left, but few were very surprised by that — although he was a contender, he’s seen as too “nice”, and perhaps not enough of an ideologue to set the tone at the top of the paper. But it’s not his only close call in recent months. Crikey understands that last year Mathieson was a serious contender to replace Kate Torney as ABC news director, but the role went to internal candidate Gaven Morris. His current move out of journalism follows Baird’s office approaching him a few weeks ago. The NSW Premier already employs several former News Corp journalists, including former Oz columnist Imre Salusinszky, who heads his media team and used to work closely with Mathieson at the Oz.

An email Whittaker sent to staff yesterday afternoon was the first the newsroom had heard of it. The editor-in-chief described Mathieson as a “an outstanding editor”, a “loyal and trusted colleague”, and an “accomplished journalist” whose “support and absolute commitment” would be missed.

Mathieson has spent most of his journalistic career at the Oz, and he’ll stay a few more weeks, perhaps to the end of the month. Journos say his absence will be keenly felt. “Clive was the best parts of The Australian — the intellectual, serious reporting side,” one News Corp insider said. He was also seen as the voice of reason within the publication, capable, to some extent, of curbing its excesses — though frequently the one wheeled out to justify them afterwards. Journalists Crikey spoke to were sceptical anyone could replace him entirely.

The departure leaves a hole in The Australian’s senior management team. There are two obvious internal candidates for the position. Michelle Gunn is editor of the weekend paper and is seen as a News Corp loyalist. The other candidate, deputy editor John Lehmann, has a similarly long profile at News Corp, and he’s also worked for The New York Post as a crime reporter and news editor. Lehmann was The Bulletin’s last editor before it was shut down in 2008, and used to be editor-at-large of the Daily Tele when Whittaker was editor. The two have been close friends for over two decades, and he was the favourite to replace Mathieson among those Crikey spoke to.

Other options, though far less likely, are managing editor Helen Trinca or perhaps Helen McCabe, who is available since quitting her role at the Women’s Weekly but has to serve out six months’ gardening leave first. 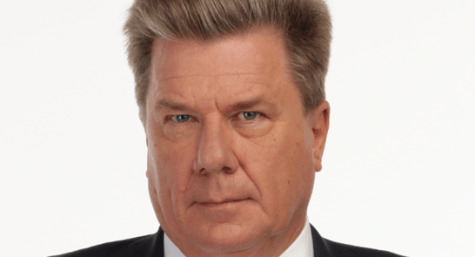 Baird’s got his own “Andy Mathieson”?

I’ve been wondering for a while where Imre Salusinszky was. Presumably happy cohabiting with Michael Duffy, if he is still there as Baird’s flak.