According to The Art Newspaper Turnbull told Hughes: “That artist of yours is no good; he’s made me look like a big, fat, greedy cunt."

The painting of Malcolm Turnbull that he reportedly described as making him look like a “big, fat, greedy cunt’’ might have been destroyed, but Daily Review has exclusively published the sketches that portrait artist Lewis Miller worked from to create the image that supposedly offended the multimillionaire, former Goldman Sachs investment banker and future prime minister of Australia. 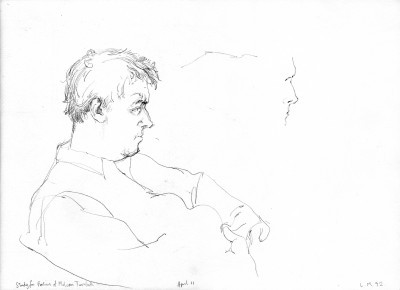 Miller completed the sketches of Turnbull and his wife, Lucy, in 1992 at the family’s country home in Scone in the Hunter Valley in New South Wales.

The Melbourne artist was invited to spend a few days sketching the Turnbulls at Scone on a commission arranged by his Sydney dealer Ray Hughes. Lewis had previously been commissioned by the couple to paint portraits of their two children, Alex and Daisy.

“It was very pleasant and relaxed,’’ Miller told Daily Review. “They had some friends staying with them, and I observed and sketched.”

The Turnbulls had been so pleased by the portraits of Alex and Daisy that they wanted Miller to paint each of their portraits. 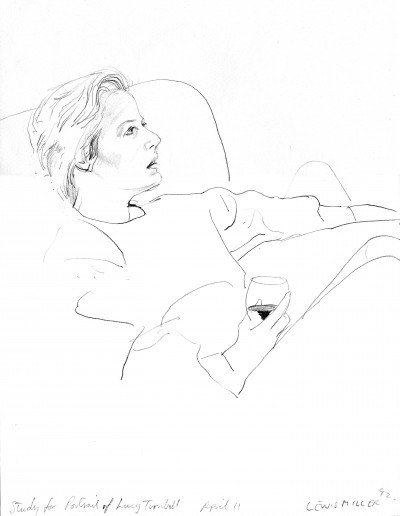 “I had this idea of to do a pair of portraits as a kind of reference to the famous portraits of the Duke and Duchess of Urbino by Piero della Francesca,” he said.

The famous Renaissance portraits held in Florence’s Uffizi gallery were painted in the mid-1400s. The duke was a “leader of mercenaries, skilful strategist an a great patron [who] turned Urbino into a refined and renowned cultural centre,’’ according to the Uffizi gallery guide. 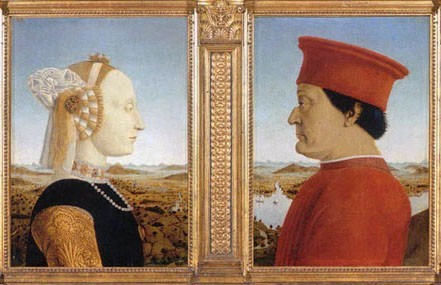 Each of the Piero della Francesca portraits features the busts of the husband and wife painted in profile in the foreground with the surrounding Urbino countryside as background — “to emphasise the majesty of the court of Urbino”. 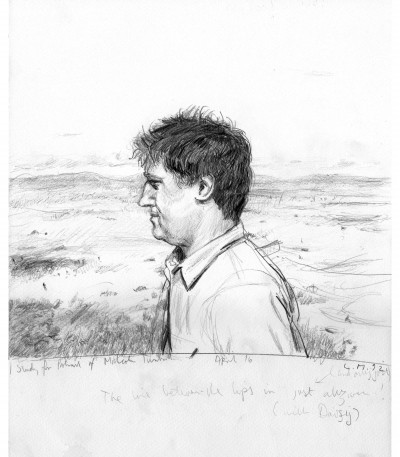 “Malcolm didn’t know those paintings,’’ said Miller, but the banker was happy to go along with the artist’s approach. Lewis placed him (a more portly Turnbull than he is now) in profile with the Hunter Valley as background.

The Turnbull portraits were completed by Miller back in his St Kilda studio working from the sketches and photographs. The final works were delivered to Hughes, who handed them on the couple.

“I got the impression from Ray that their reaction was cool,’’ Miller said.

The artists has no idea where, or if, the Turnbulls hung the paintings. Some time later Miller used the sketches from the Scone sittings to complete the portrait of Turnbull he had planned to enter in the 1994 Archibald Portrait Prize.

He regrets going ahead with the painting without first asking Turnbull. “I was a young artist,” Lewis told Daily Review.

He destroyed the painting and all photographs of it when he heard of Turnbull’s response to the painting. According to The Art Newspaper Turnbull told Hughes: “That artist of yours is no good; he’s made me look like a big, fat, greedy cunt.” 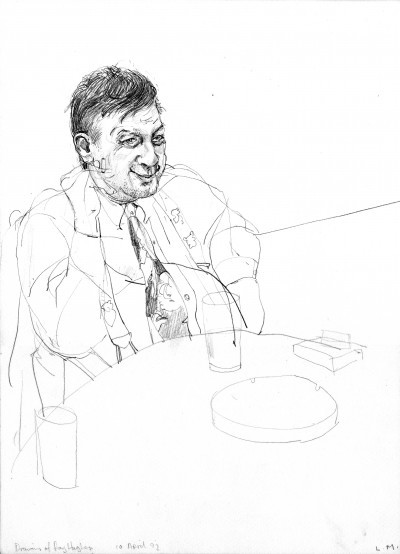 Miller has been shortlisted for the Archibald Prize 16 times and won it in 1998 for his portrait of artist Allan Mitelman.

*This item was originally published at Daily Review