The Alliance Defending Freedom argues that homosexuality should be illegal. And guess who their new bestie is?

Just days after he announced plans to recontest his seat at the next federal election on the basis that he still had much to contribute to his electorate — particularly around transport issues — former prime minister Tony Abbott is in the United States this week to give a speech to the Alliance Defending Freedom (ADF), an ultra-conservative religious organisation in the US opposed to same-sex marriage and abortion rights.

Fairfax reported Abbott’s speech would be on “the importance of the family”, but it is unclear whether the speech will be released, and the ADF is reportedly declining to tell journalists precisely when and where the speech will take place.

The ADF describes itself as a group with over 3000 attorneys working around the United States to promote religious freedom, and boasts it has won nearly 80% of cases it has taken on. It claims to have a budget of close to $40 million. Much of the reporting on the ADF has focused on a 2003 book co-authored by ADF founding president Alan Sears called The Homosexual Agenda: Exposing the Principal Threat to Religious Liberty Today, and the organisation defends businesses owned by Christians who refuse to serve gay customers. The 2003 book compares gay rights activism to “what Hitler used back in the 1920s and 1930s to take over Germany”, and mentions the “role of homosexuals in top positions in Hitler’s regime”. The book argues that through media and the education system, gay activists are recruiting young people.

However, the organisation’s anti-gay work extends far beyond its founder’s book and defending bakers who don’t want to bake cakes for gay weddings. The group is actively arguing against decriminalising gay sex in countries where it is still illegal. US progressive website Media Matters reported last year that ADF was actively arguing against decriminalising homosexuality in Jamaica, India and Belize.

In a speech given in 2012 in Jamaica, ADF senior legal counsel Piero Tozzi argued against rolling back anti-gay laws because “it is part of a larger agenda” that is aiming for “full societal acceptance” of gay people.

Abbott’s decision to speak to the ADF at a private dinner is in line with his long-standing opposition to same-sex marriage and abortion rights, and comes as the right of the Coalition are flagging they will not vote for same-sex marriage even if a $158 million plebiscite shows a majority of Australians are in favour of expanding marriage rights to same-sex couples in Australia.

Prime Minister Malcolm Turnbull, a supporter of marriage equality, was locked into the plebiscite first announced by Abbott after a six-hour Coalition party room briefing last year. Turnbull had previously argued against a plebiscite, stating it would distract from other issues, but had agreed to keep it on the agenda after the next election in order to win the support of the hardline religious conservatives in the party.

The timing of the plebiscite has yet to be determined, but Liberal MP and same-sex marriage advocate Warren Entsch is pushing for the issue to be put at the next election, or very soon after. If Labor wins the election, Opposition Leader Bill Shorten has promised legislation to legalise same-sex marriage within 100 days.

Former minister Senator Eric Abetz told Guardian Australia that even if the plebiscite backed same-sex marriage, he would not vote for it.

The Australian Christian Lobby, which has called for the need for civility in the same-sex marriage debate, has flagged that a representative for the ADF will be speaking at the conservative Christian lobby group’s national conference on April 23. The organisation’s national director, Lyle Shelton, said in a recent interview that the ACL would need to “build the biggest army we’ve ever seen” to argue against marriage equality in 2016. Shelton admitted that the fight had “taken huge resources away” from other issues, and that there was a danger that it would leave many with the impression that all Christians cared about for the election was same-sex marriage.

Shorten faced pressure to pull out of the group’s last national conference in 2014, but ultimately still attended, giving the group a strong rebuke to its opposition to same-sex marriage.

Since joining the speaking circuit after being deposed as prime minister, Abbott has so far only given one other speech, to the annual Margaret Thatcher Lecture in the United Kingdom, arguing against a compassionate response to the thousands of asylum seekers fleeing Syria. 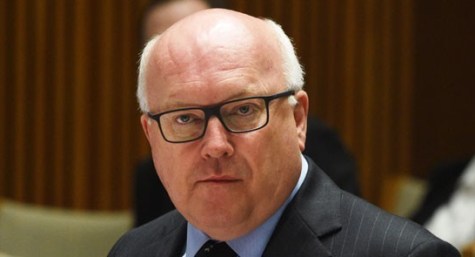 Those poor people of Warringah of whom he is a representative?

I think that’s poor rich people. Surely one can’t be rich and gay?

Joshua, you should try to remember that many outside of Crikey Land Intellectual Caves are capable of speaking to groups which aren’t fervent supporters of whatever our sacred beliefs happen to be.
I’ve addressed, to name but a few, Meetings of the Communist Party, The Henry George Society, The John Birch Society, and even The Greens. I accept that Crikey’s acolytes and their ilk are better suited to preaching to the converted, but why don’t you set them an example and try dipping your metaphorical toe into the ocean of freedom of speech?

I’ve always wondered how gays could be Lib voters, given the fellow travellers they must then tolerate.
One good that may come out of EricA et al is that so many of the electorate will be so disgusted that the party will be irreparably damaged.

The Alliance in Defence of Freedom to be bigots.