Is Rupert Murdoch buying Twitter? Plus other media tidbits of the day.

Rupert a twit? Rupert Murdoch is one of the more high-profile twits on Twitter, as he let the world know of his deepest feelings on issues such as politics in the US, Australia and the UK, on politicians like President Obama, prime ministers Abbott and Rudd in Australia (and public servants and other issues), and British PM David Cameron and others on the UK scene.

So I suppose it shouldn’t be that much of a surprise that the 84-year-old geezer and impending groom (with the fetching Ms Jerry Hall, aged 59) may have developed a case of the “hots” for Twitter. Market gossip surfaced this morning on Wall Street that this could be the case as Twitter shares soared 12.5% in afternoon trading before they eased to end the day up 4%. The shares couldn’t hold the gains, and they eased back as Wall Street was rushing higher in an almighty rebound from a big sell-off earlier in the session. Twitter shares had fallen to an all-time low in that early slide of US$15.38. That’s down from a high of more than US$53 a share. So Twitter is an all-time steal/bargain at these prices, or an implosion in the making.

The gossip helped slash the 3%-plus fall in News Corp shares, and they closed down 2%.

A News Corp spokesman later told US media said there was no truth to the rumours. — Glenn Dyer 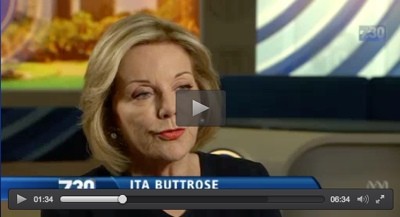 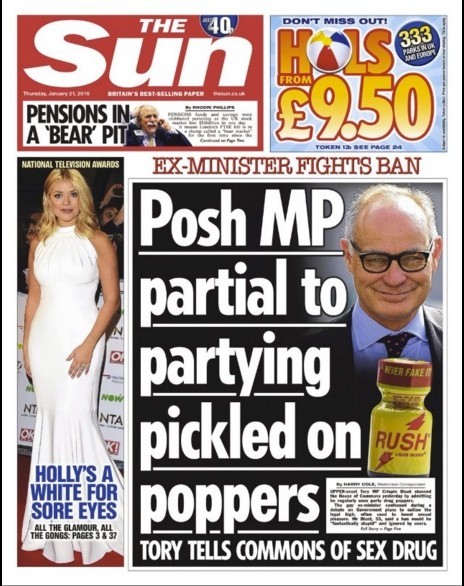 Buttrose, Murdoch and the case of the cagey News Limited spokesman

This thread has received far more attention than it actually deserves, hasn’t it.