Immigration pushed Transfield to indict Save the Children workers

The Immigration Department had no cause to remove Save the Children from Nauru, a new report has found.

The Immigration Department pushed Transfield and Wilson Security to find evidence Save the Children (SCA) was in breach of its contract before nine of its staff were removed from Nauru in 2014. The information the contractors found was not enough to warrant their removal.

Save the Children is a charity organisation that offers assistance to asylum seekers. Before the organisation was removed from Nauru, it helped establish schools with a 90% attendance rate in 2015 in one of the detention centres, as well as an early learning centre, and organised recreational activities for asylum seekers on Nauru.

Ten workers from the organisation were removed from Nauru in October 2014 after reports emerged of guards in Nauru’s immigration detention centre sexually harassing asylum seekers (the department stressed SCA staff were not removed because of the sexual harassment allegations against guards, but did not say why they had been removed). Then-immigration minister Scott Morrison also announced an independent review of the allegations to determine whether they were “fabricated as part of an orchestrated campaign, involving service provider staff to undermine the government’s border protection policies”.

In addition to having the staff removed, Morrison appointed former integrity commissioner Philip Moss to investigate the allegations.

The report, released in March last year, called for the government to review its decision to remove the staff. Adjunct Professor Christopher Doogan’s review, provided to the government in June last year and released publicly on Friday, revealed that while the department did have discretion in its contract with Save the Children to remove them at any time, it was lacking sufficient evidence to warrant removing the staff from Nauru.

Doogan said it came at a time where departmental officers were mindful of major issues on Nauru, including the 2013 protest under the former Labor government, which led to damage exceeding $70 million to detention centres. Additionally, in July 2014 five Save the Children staff had been”observed actively encouraging protests and/or failing to comply with instructions given by security personnel”, and in August and September 2014 there were possible privacy breaches by Save the Children staff involving three missing hard drives, one missing USB stick, and unauthorised use of data by a Save the Children staffer.

The report was heavily redacted, and much of the information Doogan obtained by interviewing those involved has been kept secret by the department, but it is made clear in the intelligence reports produced by Wilson Security that ultimately led to the staffers being removed from Nauru that there was “no firm evidence of SCA involvement at that stage”. There was no basis to remove nine of the 10 staff, Doogan found:

“It will be apparent that contractor staff on Nauru were being pushed to provide names and information to support what was perceived in Canberra to be SCA staff providing inappropriate support or assistance to transferrees in various ways … there was in fact no evidence nor reliable information on which to specifically name nine of the ten SCA staff”.

The information available at the time the removal was ordered did not warrant the staff being removed, Doogan said, and argued department staff should have notified Save the Children of the claims and asked the organisation to review it.

He has recommended that negotiations be undertaken between the department and nine of the 10 Save the Children workers (one resigned before the removal letter was issued) over compensation, and the department shift to having a head contractor for immigration detention services, with all other support services sub-contracted.

One removed staffer, caseworker Natasha Blucher, told a parliamentary committee last year that she was distraught at the allegation that Save the Children staff were encouraging self-harm and had helped organise protests:

Bulcher told the ABC on Saturday that she felt “a little bit vindicated” by the release of the Doogan report, and said her lawyers were engaging with the department about compensation, but noted that the harm perpetrated against asylum seekers on Nauru was far worse than that against the Save the Children staff.

The department said it was engaging with Save the Children and its former staff, and would accept the Doogan recommendations “subject to acting in accordance with other relevant legal obligations”.

Update: The original article lede said all Save the Children staff were removed. Only 9 were removed as a result of the request. The remaining staff left at the end of October, 2015 when SCA’s contract ended. 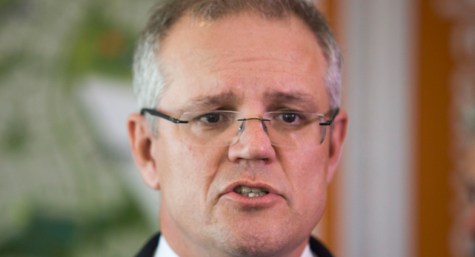 Morrison stonewalls, refuses to apologise to Save the Children

Department of Immigration pays up twice for Save the Children slurs 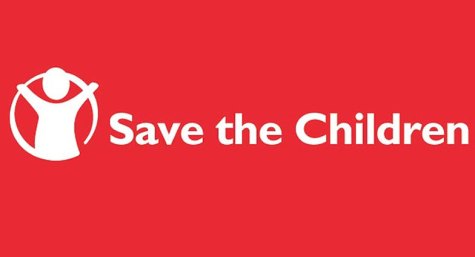 Hmmm. Like hell the SCA staff weren’t removed because of their allegations. Wilson and Transfield have a long history of this kind of behaviour. The complicity of our ministers in their malfeasance is sickening.

Morrison. Despicable. Disgusting. Vile. Inhumane. Is this what you call a Christian?

More of the seedy past of our MT Party government’s Treasurer – and some people are keen to give him a makeover.

This is a disgraceful chapter in an ongoing horror story about Australia’s treatment of refugees.

The ‘Christi@n’ politicians appear to be trying to outdo their predecessors in acts of sheer bast@rdry.

Short version. Morriscum lied. And lied. Then, lied some more.