Will Mia Freedman move to Australian Women's Weekly? And other media tidbits of the day.

Media couples update. Damn, how could we miss so many! Thanks to all the marvellous people who’ve emailed in to say who we forgot on our media couples list. We did say it wasn’t exhaustive. Here’s today’s additions. Email anyone we’re still missing here:

Who’ll edit the AWW? Since Helen McCabe’s shock departure from the Australian Women’s Weekly earlier this week, there’s been no end to speculation about who’ll replace her.

There’s been a bit of speculation in news articles it might be Mamamia founder Mia Freedman, but she rubbished such notions on Twitter yesterday.

The handle @overingtonc belongs to Caroline Overington, currently the American-based associate editor of the magazine. “She has kids, a vagina and most importantly, is one of the most talented journalists in Australia,” Freedman continued. — Myriam Robin

No more US Netflix for Australians? Netflix’s Australian content library is nowhere near as large as some other parts of the world, including the US. This is largely due to much of the content being locked up with its rivals, including, most notably, Foxtel and Stan. Australians who want a larger library tend to use services like UnblockUs to trick their Netflix into thinking it is in the US, but this practice referred to as “geododging” could soon be over. The company’s vice president of content delivery architecture David Fullagar posted on the company’s blog this week stating that while the end goal is to have all content available globally, it still needs to negotiate these content licensing agreements in order to make it happen. In order to make these deals, Netflix has said it will be looking to block these unblocking services meaning Australians will only be able to access content licenced to Netflix in Australia.

They’ve made similar threats like this before, so it remains to be seen whether it will have any impact, but it looks like they’re taking it a bit more seriously now. — Josh Taylor

Greens Derangement Syndrome. GDS has a new champion, with a slow, hybrid crash of an interview by federal Labor’s Michael Danby on Sky News yesterday. Danby is pissing razor blades at the possibility that the Greens new image may make it possible for the Libs to preference them, and actually get their voters to toe the line. That would put Melbourne Ports in the same position as the state seat of Prahran — which overlaps it — that the Greens took in the last election. Given that prospect, Danby can’t think straight. In one 10-minute interview he said that unions would stop giving money to the Greens when they realised that Richard Di Natale had taken the party to the right; that state president of the Liberal Party Michael Kroger was conning the Liberal base by potentially committing the Libs to back a party so far to the left; that the Greens were against the mainstream of Australia, but that Danby himself gained 87% of Greens second preferences and was proud of that. God almighty. Danby wound up by pointing out that the Greens want to close down zoos (they don’t): “do they want the zebras running down Pitt Street?” Forget zebras, Mike. What about the chameleons, those who can go red, blue and green in one interview? An endangered species perhaps? — Guy Rundle 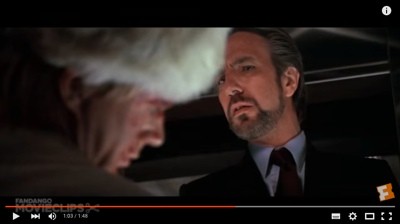 Front page of the day. Has the ABC lost its exclusive? The Hun carries three pages of James Hird in his own words, and promises more tomorrow … 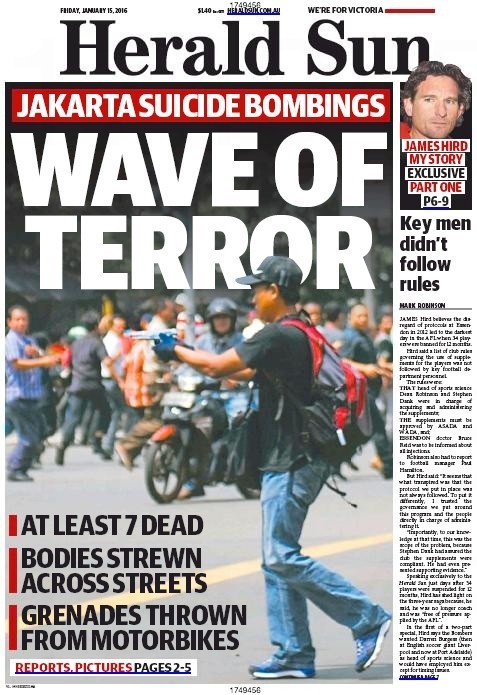 I don’t think Liberal preferences will be much use to anyone in Melbourne Ports. The Liberal candidate led on primaries by 9.4% last time, so their preferences never got counted & probably won’t again. Danby’s worry is more that (a) with Turnbull at the helm a bunch of Greens will feel more comfortable preferencing the Liberals, thereby giving them the seat; or, even worse (from his point of view), (b) the Greens will continue making gains, maybe aided by some smart Liberal tactical voting, and push him into 3rd place, from which his preferences would elect the Green – the equivalent of what happened in Prahran.