The Jamie Briggs scandal has resulted in a complaint to the Press Council. And other media tidbits of the day.

The reporter, who represented herself at the commission, worked since 2013 for the ABC in a casual and then permanent capacity in the Sydney newsroom. She was one of dozens of employees placed into bands alongside those performing similar roles in 2014, as the ABC pursued what it argued was the most fair way of reducing its workforce in light of budget cuts. The reporter’s band contained six employees who performed dual reporter/producer roles in the Sydney newsroom — the ABC proposed to make two redundant.

She received news she’d been placed at the bottom of the pool in December 2014, and her union representative advised the ABC she didn’t want to accept immediate redundancy, opting instead to try for potential redeployment within the organisation. This was unsuccessful, and her role with the ABC ended in July 2015.

In her submission, the reporter argued that her job wasn’t a genuine redundancy, as it was still being performed by casual employees within the ABC. But the Fair Work Commission accepted the ABC’s evidence that the Sydney newsroom was now operating with fewer staff overall. It also rejected submissions that the ABC had not adequately consulted the reporter during the process. “I am satisfied that the ABC discharged its obligation to consult [the reporter] as per the [industrial] agreement,” Fair Work Commission senior deputy president Jonathan Hamberger wrote in the judgment. “The fact that [she] was dissatisfied with the outcome is understandable, but does not mean that consultation did not occur.”

The reporter also argued that the ABC didn’t take sufficient steps to redeploy her, particularly with regard to how it treated others within the organisation. She said other employees at the ABC had been “shielded” from redundancy by having positions created specifically for them. This wasn’t accepted in the ruling, as Hamberger said there was no evidence to support it. — Myriam Robin

Press Council could rule on pixelated image of Briggs whistleblower. Print media self-regulation body the Press Council says it has received a complaint about The Weekend Australian‘s front-page splash on January 2, in which the paper featured a pixelated image and the job title of the woman who lodged a complaint against recently resigned government MP Jamie Briggs.

The Australian‘s story, written by deputy editor John Lehmann, revealed the text messages between the unidentified woman and Briggs’ chief of staff Stuart Eaton. It also featured an image that was later revealed to have been taken by Briggs on his phone of the woman at the centre of the complaint and Eaton (the image, it was later reported, was sent by Briggs to a few colleagues after the woman made a complaint).

The Australian also gave the woman’s age, job title and the consulate to which she was attached. The revelation of her title and the distribution of her image was slammed by the Community and Public Sector Union, which argued she was entitled to privacy.

Not even the Facebook generation can help print (or understand it). We have reached the conclusion of the US$20 million attempt by Chris Hughes, the Facebook co-founder, to revive the leftish, century-old magazine The New Republic. Hughes announced his decision to sell in a post on Medium. “After investing a great deal of time, energy, and over $20 million, I have come to the conclusion that it is time for new leadership and vision at The New Republic,” Hughes wrote in his post. Well, no one said it would be easy.

Unlike Amazon founder Jeff Bezos at The Washington Post, Hughes became a hands-on proprietor. He bought the magazine in 2012 (with unnamed partners) and then replaced the editor and other long-serving staff, prompting a walkout of other staff. Hughes also announced plans to cut the frequency of publication and moved the head office from Washington to New York (one of the magazine’s strengths was its political focus, which is easier in Washington than in New York).

By way of contrast, Bezos has stayed well away from the editorial side of the Post, investing heavily though in the website, mobile editions and extra, smarter staff and urging (and getting) a tougher, more frequent digital news thrust, adding viewers and competing more strongly with The New York Times. The Post website is free, which is helping it climb the rankings. Some US commentators are now calling for Bezos to buy The New Republic and align it with the Post and its growing website. Wishful thinking? — Glenn Dyer 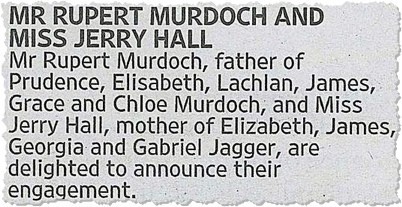 Video of the day. In 1983, Bowie came to Australia to film two clips, including Let’s Dance. It’s rumoured that the building seen 2 minutes, 28 seconds into the clip is now Tanya Plibersek’s Sydney office. 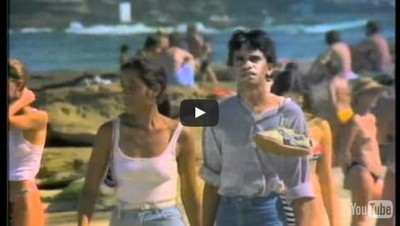 Front page of the day. Ashes to ashes … 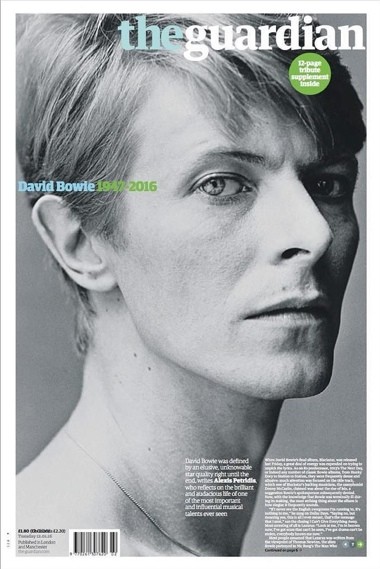 Like DH Lawrence in a previous century, the Pale, Thin Duke sussed out Oz 32 years ago.
Wonder where those kids are today?

Who’d be surprised to find Crikey is battling for the sorts of highly paid public servants in this article?
No one who reads Crikey analytically.