December is a time for Christmas parties, splurging on presents, tolerating relatives and — for movie lovers — onslaughts of “best of the year” lists. Without further ado, here are the top 10 films released in Australian cinemas during 2015. They are ranked in no particular order other than the one down the bottom (the best film of the year).

Honourable mentions: Listen Up Philip, Inside Out, Ex Machina, Amy, Beasts of No Nation, Foxcatcher, Love and Mercy

The grace and dignity synonymous with the life of Martin Luther King seems to have informed every aspect of director Ava DuVernay’s narrowly focused but emotionally broad-reaching drama — a terrific example of how to make a biopic. There are no twee re-enactments of King as a child asking mom and pop about equality; no present day images of flowers draping over his memorial.

When it seems Selma is about to spill into hot-blooded confrontation, DuVernay shifts potentially violent polemic to a more complex context: personal, political and legal. A calibre ensemble fill out the supporting cast (including Oprah Winfrey, Giovanni Ribisi and Tom Wilkinson) but hats off to Englishman David Oyelowo, whose performance as King is a class act.

Has there been a better action movie since the turn of the century? George Miller’s dystopian explode-a-palooza proves there’s plenty of gas left in the iconic road warrior’s tank — and makes the same point about the filmmaker himself.

Essentially one long car chase, this sonic-speed symphony of combustion is a masterclass in adrenaline-charged show-don’t-tell cinema. Tales about how Miller and his team developed backstories for every single person on screen goes some way in explaining how they executed this fuel-guzzling monstrosity with so much thought and aplomb.

You’ve heard Oasis’ Wonderwall before, but never to the kind of effect deployed in Canadian writer/director Xavier Dolan’s Quebec-set kitchen sink drama about a widowed mother’s relationship with her ADHD-afflicted son. Highly strung performances in an atmosphere of plate-rattling verisimilitude will make your heart and ears ring.

Dolan opens up his aesthetic by, in fact, closing it in. Mommy plays in a restricted 1:1 (square) aspect ratio, perfect for portrait shots because the audience’s gaze cannot wander. The film’s daring look and feel — including gravitas-infusing use of the aforementioned song and Instagram-like filters — unexpectedly complement a heartrending and consummately crafted drama. 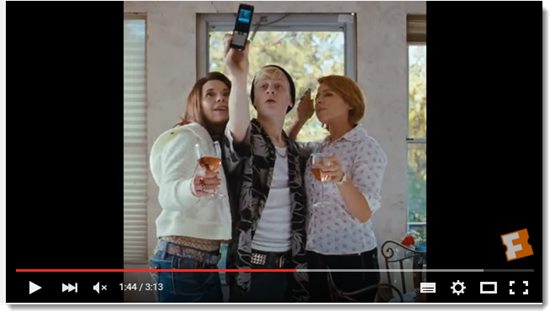 The marketing materials suggest a killer-at-the-door thriller in the vein of Fatal Attraction, but the directorial debut of Joel Edgerton ventures into much more complicated territory. This first-rate thriller establishes the Australian as a triple threat, directing his own expectation-subverting screenplay and starring as a social misfit who befriends a young married couple and hangs around like a bad smell.

Innovating around the edges of a familiar genre format, Edgerton explores fear infinitely more frightening than a creepy looking guy appearing at your doorstep. The Gift’s beautifully weighted psychological energy taps into truly terrifying things: difficult questions around who we spend our time with and how much we really know them.

Russian writer/director Andrey Zvyagintsev’s social satire wallows in the mire of Soviet bureaucracy, following one man’s desperate attempt to retain ownership of his home in a small seaside town. Leviathan is a stinging critique of Putin-era politics, though the story would translate equally well in a capitalist setting.

Production values are buoyed by a beautiful Top of the Lake-like coldness dictated by the coastal setting, the water infusing the drama with a vaguely existential aura – as if acknowledging everybody’s troubles will one day be washed away. Angry, mournful and bitter, Leviathan is a vodka-dowsed David versus Goliath story told with tremendous control.

Charlie Chaplin famously said: “Life is a tragedy when seen in close-up, but a comedy in long-shot.” There was no greater demonstration of that in 2015 than an extreme long shot of a car sailing out of one skyscraper and into another in James Wan’s Furious 7 (the sixth sequel in the Fast and Furious franchise). Then, once the driver realises they have no brakes, into yet another.

Innovative visual effects and a re-jigged storyline gave late star Paul Walker (who died midway through production) a touching swansong and desire to do him justice seems to have lifted everybody’s game. This tender movie about meatheads is a high-powered pathos-infused car opera, as if John Woo bought a dozen Mercedes and directed a Christmas special of Days of Our Lives.

Argentinian filmmaker Damian Szifron says he wrote this riotously funny portmanteau comedy while in the bath with a glass of wine. I prefer to picture him yelling into the abyss from the rim of a volcano, banging away on a keyboard while being pelted with lava.

The six impeccably written and executed stories that comprise Wild Tales are connected by tone and emotion — mostly anger and rage — including a wild Agatha-Christie-with-a-twist aeroplane intro and one of the most wicked wedding scenes of all time. It feels like Michael Douglas from Falling Down secured a movie deal.

Observe how the filmmakers hold the frame from the title scene onwards: twirling backwards from a close-up of a photograph to a long exterior image of a house and a chicken holding a sign, which then pans right. Hints of Jacques Tati, Hollywood screwball comedies and silent era triumphs are present in the film’s constantly inventive orchestration of visual comedy.

Director Sean Baker’s eye-bulging drama exploring the lives of transgender sex workers in Los Angeles has a striking street-side authenticity that will keep it discussed and debated for decades. Filmed on iPhones and edited to an inch of its life – graded with extreme colours and shot with a wildly handheld style – the tricked-out look and feel of Tangerine is a blast of low-budget indie energy.

Its exploration of extraordinarily resilient characters is inspiring, in its own way, and performances by transgender actors Kitana Kiki Rodriguez and Mya Taylor are revelations. The film was made with a fearless gonzo spirit but is ultimately a descendant of verbal ping pong comedies such as His Girl Friday. 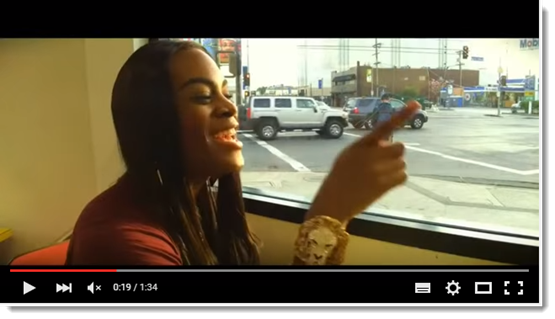 Iranian writer/director Jafar Panahi’s self-reflexive documentary is, among other things, a single-setting drama unlike any other. Based entirely inside a taxi and starring the filmmaker himself as a cabbie who interacts with passengers in simulated real-time, it is tantalisingly unclear how much is real or staged. In 2010, Panahi was banned from filmmaking for 20 years but has made three pictures since.

From the first shot Tehran Taxi is a masterclass in spatial reveal — a film crafted with impeccable understanding of how visual information can invest meaning in the otherwise prosaic or banal. Juggling social commentary with a structure largely comprised of character-based vignettes, the film is deeply captivating on many levels: at once a work of serio-comic intensity, political critique and meta reflection on how and why films are made in the first place.

Crap or quality? The highbrow versus lowbrow debate