Tis the season to take out the trash. It’s that time of year when government and businesses like to slide out all that awkward news and hope that we all won’t notice in our festive cheer, or on our summer holidays. First up: NBN has today announced it will pay Telstra around $80 million to fix the copper network and make the HFC network NBN ready. That’s the same network NBN has already agreed to buy from Telstra for $11 billion. Now why would NBN leave this until four days before Christmas to announce it? Perhaps because the company did not get a true gauge of the state of the copper network during its renegotiations over the $11 billion deal, but now deciding to pay Telstra $80 million to fix up what it wouldn’t fix up while it still owned the network isn’t the best look.

Seen any quiet news announcements the government would rather us not report on? Let us know.

Sunrise shakeup. Channel Seven’s new director of news and current affairs Craig McPherson is making his presence felt, according to one tipster. We hear that David Eccleston has been appointed as supervising producer of Weekend Sunrise, less than a year after he was one of the casualties when the investigative reporting team was shut down. Eccleston has previously worked on Today Tonight and A Current Affair at Channel Nine. McPherson has also promoted Naomi Shivaraman from chief of staff on Sunday Night to supervising producer of promo stories. We also hear that names are being tossed around when it comes to some new kind of news and current affairs offering from Seven — our tipster believes Sarah Stinson, former chief of staff at Today Tonight, will lead the new venture. Know more? Drop us a line.

A woman’s place. The Change Agency Education and Training Institute has had to back down on its new initiative to empower women in 2016, with possible participants taking issue with the name of the program. The Change Agency, a social movement education initiative, announced the “Cooking Up a Storm” leadership program on Thursday last week, which is “designed to recognise women’s extraordinary environmental leadership in Australia and support them and their campaigns into the future at this critical time for environmental leadership in Australia”. The problem was that many women who the program was aimed at took issue with a female-focused program using language that references the kitchen. As our tipster said: “Why, oh why, oh why in this day and age would anyone create a course that’s meant to empower women and challenge gender stereotypes with a housework reference in the title?” By today, all references to cooking have been scrubbed from the Change Agency’s website, with the program referred to as “CUSP”. There is an update on the page that says:

“Hi everyone. Thanks for your comments about ‘cooking up a storm’. We’re the responsible people and we’re a bit surprised that it’s causing such a reaction. Really the program is about reclaiming the language of leadership, taking it to a more gender-inclusive space – and we thought we’d reclaim cooking at the same time, taking it to a more gender-inclusive space too. We also liked the idea of women working collaboratively to create a ‘storm’ of change. However, since it’s being read differently by women we respect we’re happy to go back and think of a new name. Suggestions welcome! As for the program itself, we’re excited about how it’s developing and have had lots of positive feedback and interest in participating. We welcome your feedback on it too and hope to see some of you there. Best holiday good wishes, Margaret Blakers and Sue Lewis”

This comes just a fortnight after IBM was panned for the “Hack a Hairdryer” campaign, which aimed to get women involved in science, technology, engineering and maths careers. The lesson here seems to be to treat women like people, not like stereotypes. 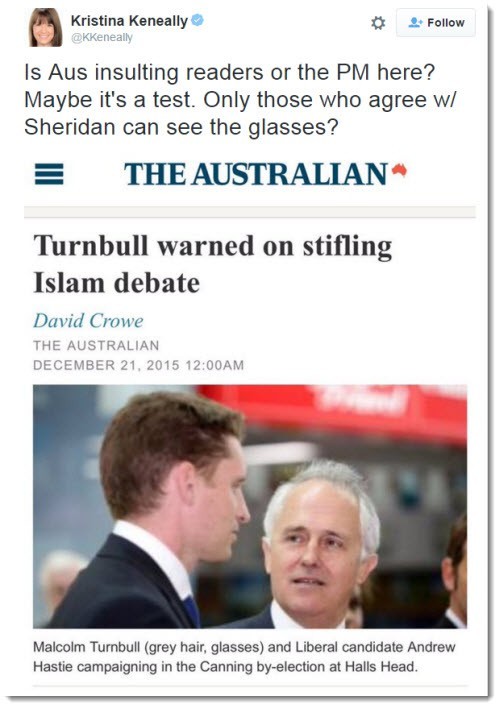 Strangers in the night. While most functions at Parliament House are slowing down at this time of year, there are some residents who have taken it as a chance to ramp up their activities, with ABC journos reporting that bogong moths are making themselves at home in Canberra for a second time this year, freaking out some of the mottephobes in the press gallery. 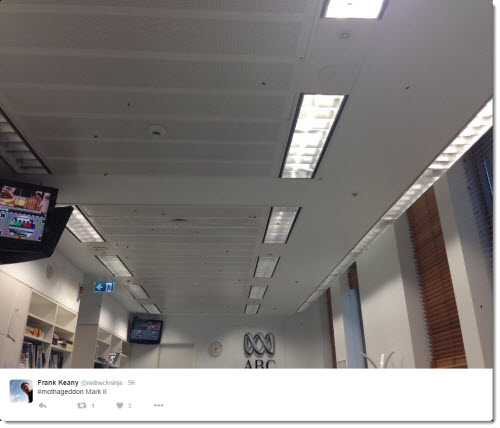 This is not a new problem at all, but a regular quirk of Parliament House. A few years ago Ms Tips even asked a Bogong expert how to thwart the moths — at the time CSIRO fellow Ted Edwards told us that the key was to switch off the lights overnight so the moths wouldn’t be attracted by light and move on through.

Eric has thoughts. The worst kept secret in media news became official this morning, with Michelle Guthrie announced as the new managing director of the ABC. Before she had even been able to get introduced to B1 and B2, Senator Eric Abetz had already set Guthrie a to-do list. Abetz called on the new MD to “bring an end to the Lefty love-in that has taken hold of the organisation”. Abetz lists the ABC’s coverage of same-sex marriage, Sophie O’Neill’s job as foreign correspondent in the Middle East, and the “lettuce-leaf review of Q&A” as his particular beefs with the national broadcaster. We’re sure “break up leftie love-in” is top of Guthrie’s list.

Stoner sloth. The NSW government campaign to discourage young people from smoking marijuana backfired this weekend, when a series of viral videos featuring the character “Stoner Sloth” were mercilessly mocked online. The three videos, which had actually been online without anyone noticing for a month, feature a sloth at a party, sitting at the dinner table and taking a test in class. While most advertising that tries to be down with the kids when it comes to drugs doesn’t work, this series misses the mark — perhaps because sloths are kind of cute and already associated with getting high. And the website stonersloth.com is an actual website that helps American smokers find cannabis products and accessories. In one video, the sloth seems to have more of an issue with its paws than the difference between salt and a salad. 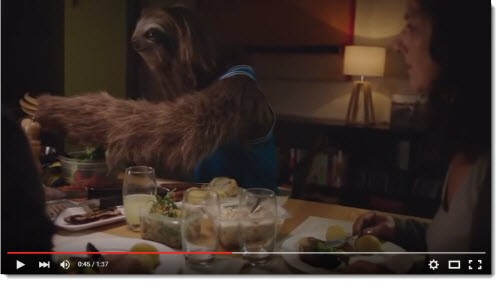 It didn’t take long for parodies to appear; this is our favourite: 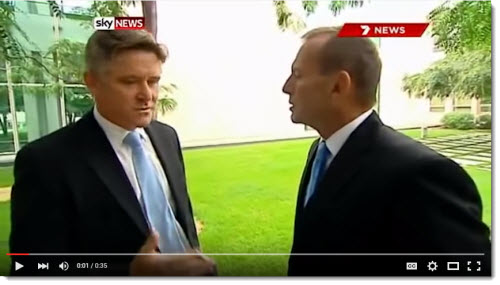 In hindsight the Abbott interview is probably the most intelligent one he’s ever given as he took the precaution of keeping his thoughts to himself.

If there are any librarians remaining on staff in the Parliamentary library, perhaps Abetz could get them to rustle up any one of the numerous inquiries into ABC leftie-love-in, for example the one under Howard.

btw, that Abbott clip is one of the defining moment of his leadership for me. It elegantly combines his articulate and thoughtful approach to issues of substance with canny and erudite communication skills.

It would be so easy to do a dope ad to disuade teenagers…do ads starring their parents and grand parents smoking dope. D’uh.

When the Faux Progressive journalist and their ilk can’t even remember what any intelligent school child could have told them about Bogong moths, we can’t expect anything too intellectually challenging in the Tips and Rumours section, can we.