Media briefs: Erica in a snit … what’s going on with APN? … no nudes at Coles …

You know who does not like the Q&A review? Abetz, of course. Plus other media tidbits of the day.

Abetz sees red. Or should that be Green? The Q&A review’s suggestion that the show focus on a more divergent range of opinions has infuriated Tasmanian Senator (and irrelevant backbencher) Eric Abetz, who released a statement saying:

“This review defies common sense and fails to address the serious concerns that have been raised by the community. Bizarrely, the review recommends more extreme left wing politicians like the Greens appearing on this programme that is already well and truly skewed to the left.”

“The ABC have again wasted taxpayers’ money in a poor review that misses the mark. Hard working Australians will be disappointed to see this lettuce-leaf review instead of something that genuinely ensures that the programme is fair, reasonable, balanced.”

“Hopefully the next ABC Managing Director will be better focused on ensuring balanced programming than running a protection racket for poor decision making.”

The cranky Senator signed off with a warning. “I look forward to pursuing this matter further at Senate Estimates in February,” he said. Those estimates are likely to be Mark Scott’s last. — Myriam Robin

Watchpoodle doesn’t bark. On Monday we noted the sharp fall in the price of shares in newspaper, outdoor and Trans-Tasman radio group APN News and Media — shares had fallen from 53.3 cents on December 3 to a low of 43.5 cents on December 11, all without a query from the ASX. Well, as of the close yesterday (Thursday), the shares hit 50.5 cents — up 16% in four trading days and within sight of wiping out the sharp fall — again, all without a query from the ASX. Contrast that to what happened in Crown Resorts on Wednesday — rumours of a possible buyout finally make the media, online and in print, the shares end up more than 10% and the ASX drops a please explain, and a reply is given. If a company and its insiders and friends remain silent about something bad happening (or good) and the shares go up and down sharply in a small period of time, and the reasons do not hit the headlines, will the ASX watch poodle remain silent? — Glenn Dyer

Front page of the day. No longer available at Coles … 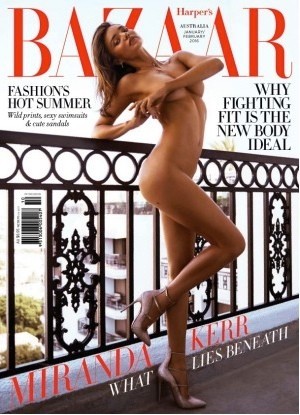 “Common sense” as judged by the all singing, all dancing, all-seeing Erica Betz … of Utegate fame?

I wish you’d stop running this sort of nonsense which requires me, however reluctantly, to concede that Abetz is correct.

Note to Erica … the only protection racket for poor decision making you should be concerned about is the one Abbott ran on behalf of yourself and the rest of his cabinet. We thanks the gods of good sense that that’s been tamed, by however little.

May be that the next abc boss will see it differently given your story yesterday re her connections to murdochs.