The ABC to ask for more funding for rural services. And other media tidbits of the day.

His statement came amidst persistent criticism from independent Senator Nick Xenophon and Nationals Senator Bridget McKenzie over the ABC’s increasing centralisation in Sydney.

But Scott argued centralisation was a necessary to achieving greater efficiencies of scale, which were themselves required because of ABC funding cuts.

McKenzie said early last month that she intended to push for a bill locking the ABC into delivering more regional content, arguing the ABC’s existing charter was “too vague”. — Myriam Robin

Graham leads indies. The Australian Press Council has appointed New Matilda editor Chris Graham as its first representative from its “smaller publishers”. The council, which has a range of media and “public” members, has, in recent months, been focused on extending its reach into new areas of the print media. Smaller publishers who are currently members of the Press Council include Mumbrella, the New Daily, New Matilda, the Huffington Post, and Crikey.

“The importance of smaller publications and of online-only publications in Australia is increasing year by year,” said Professor David Weisbrot, the Council’s Chair. “The Council is delighted that a growing number of these publications are becoming members, and this new position on Council will ensure that their views and needs are properly represented and taken into account.”

End of an era. After seven years with the press gallery committee, of which three were spent as president, Sky News political editor David Speers has indicated he’ll be passing the reins onto someone new later this year.

The committee, responsible for accrediting press gallery journalists and representing their interests to Parliament House staff, holds elections every December. Nominations for any of the press gallery committee’s eight positions are open until the end of the week. — Myriam Robin

Murdoch’s mistake. As a media mogul, he’s a giant (although a touch diminished these days as the years weary him a little). But as a media analyst and tipster, Rupert Murdoch is a failure. Yesterday we told you the Rupster had tweeted the world that he had had “strong word” that Tribune Publishing was being bought “by a Wall Street Group” and that its best asset, The LA Times, would be sold to a local investor group headed by billionaire Eli Broad. In a statement and letter to staff overnight, Tribune Publishing said it was not in talks or in the process of being sold: “Tribune Publishing remains committed to its strategy and transformation plan and is not engaged in discussions or a process to sell the company,” it said in the letter sent to employees and also filed with the Securities and Exchange Commission.

Politico claimed late last week buyout group Apollo Global Management (which had helped bail out Nine Entertainment Co in Australia) had approached Tribune Publishing about a month ago. Tribune Publishing all but ignored the approach by refusing the organise a meeting. Murdoch had earlier denied in a tweet that News Corp had any interest in Tribune. So the Rupster’s strong word is now Tribune’s firm denial. That’s a failure in the tipping stakes. He must have a lot of time on his hands. — Glenn Dyer

Front page of the day. It’s beginning to look a lot like Christmas … 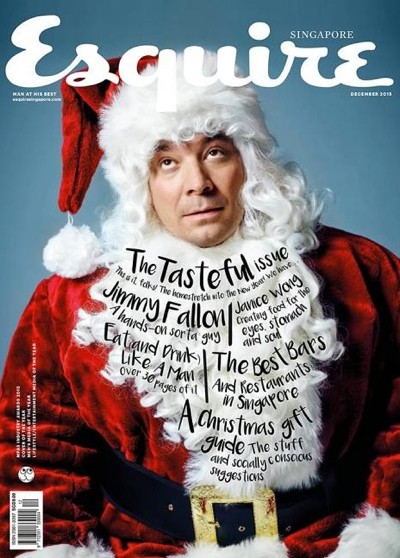 Wow. Chris Graham will rattle cage in the chook house of the Press Council