The Australian Federation of Islamic Councils could lose control of six schools it operates after the Education Department has found numerous breaches of the law. Freelance journalist Chris Ray reports.

While much of the media focused on the Grand Mufti’s allegedly inadequate condemnation of Islamic State terrorism in the wake of the Paris attacks, the Australian Federation of Islamic Councils was preoccupied with a crisis of its own making.

AFIC risks losing control of at least some of the six Islamic schools it owns in five states and the ACT.

As the national advocate for Islamic local societies and their state and territory councils, AFIC has had the ear of governments for half a century. But now its profitable business model, built on halal certification and school education, is threatened by a federal Education Department investigation, with auditors Deloitte uncovering multiple breaches of the Australian Education Act.

In essence, the department has concluded that AFIC operates the schools for its own profit, contrary to law.

The department is threatening to withdraw up to $40 million in federal funding to AFIC-controlled companies that own the schools.

The country’s biggest provider of Islamic education has less than a month to convince the department it can comply with financial management and governance requirements.

If not, administrators may be appointed to ensure the continued education of about 5500 primary and secondary students.

AFIC’s chances of showing it can clean up its act are not high, given that its leadership is busily engaged in an internal power struggle exacerbated by federal government intervention.

A faction led by the Malek Fahd board chairman and AFIC president Hafez Kassem is feuding with opponents including two longstanding Malek Fahd/AFIC identities — Amjad Mehboob, the schools’ facilities management contractor, and bursar Agim Garana. Both were allied to Kassem until the department launched its investigation earlier this year.

Last month, AFIC suddenly suspended Garana and replaced him with its own financial controller. A majority of the board retaliated by voting to remove Kassem as acting chairman and as a signatory to the school’s accounts.

The Mehboob/Garana group hired extra security guards and called police to deny Kassem entry to the school. The fight went to the Supreme Court, where the NSW government is also engaged in long-term litigation seeking to claw back $8.5 million paid to the school.

Amhad Mehboob confirmed to Crikey yesterday that Kassem had regained his position as board chairman and had terminated Mehboob’s contract with the school.

In a letter to Malek Fahd school seen by Crikey, the federal Education Department’s acting branch manager of Schools Assurance, Michael Crowther, outlines his reasons for proposing to revoke the school’s authority to receive federal funding.

Crowther finds the school is operating for profit, is not financially viable, and its owner, the AFIC-controlled Malek Fahd Islamic School Limited (MFISL), is not “fit and proper” to run the school.

The school has made an unsecured, interest-free loan to AFIC of $1,453,073. “There is no evidence that a loan agreement exists and no evidence as to what the loan relates to or what benefit MFISL receives,” Crowther said.

Malek Fahd pays AFIC above-market rents and makes significant prepayments of rent without adequate explanation. “This demonstrates to me that the money of MFISL is being distributed to AFIC,” Crowther said.

Capital funds and recurrent funds were not banked separately and recurrent grant money was likely used for capital works, in breach of the act, Crowther concludes.

Deloitte identified that Malek Fahd paid more than $172,000 to the principals of the AFIC-owned Islamic School of Canberra in 2012 and 2013. Crowther notes: “An approved authority for a school can only use recurrent funding for the purpose of the school for which it is approved” — in other words, money can’t be moved from one school to another.

Board minutes of AFIC’s Islamic College of Brisbane contain an apparent admission by Kassem that AFIC profits from Malek Fahd, Crowther says. The minutes state:

“Mr H. Kassem continuing on his report queries how the government did come to know. From his point of view Malek Fahd making profit and drawing of money only two persons knew about this. This is a result of in fighting and the problem has come from within us and how his 12 years of work is finished and he is destroyed. He further added that everyone is questioning why he did not open his mouth. Everyone is attaching (sic) the innocent and the guilty are left loose’”

Crowther also says Kassem — the MFISL board chairman and AFIC president — failed to declare a conflict of interest in relation to his daughter, Mona Kassem, the acting principal at Malek Fahd’s Hoxton Park campus, who reports to the school board.

In correspondence seen by Crikey, Mehboob, who is president of Muslims NSW, the AFIC state branch, describes the departmental report on Malek Fahd as “damning”. That’s some admission, given that Mehboob is among those criticised in the report.

“While Mr Mehboob does not currently hold the position of a director, he frequently attends MFISL Board meetings and I consider that he is a key individual of MFISL as he is concerned with, and takes part, in the management of the authority …

Crowther added: “The contract with Casifarm Pty Ltd, the payments to the company and the lack of identification of the services provided demonstrates to me that money of MFISL is being distributed to Caisfarm Pty Ltd/Mr Mehboob.”

Mehboob says the Education Department’s findings against him “do not correctly depict” his role at the school, which included responsibility for building projects, facilities maintenance and security on three campuses with almost 3000 students. He says he was managing projects currently worth $7 million to $8 million, with another $16 million project to start next year. “I have developed all AFIC schools around the country since 1989. I do possess a lot of experience and expertise. The money I get for the hours I put in is something I have never complained about, but it’s not what I deserve. The government has made a serious blue here. They think I am sitting around here doing nothing.”

The school’s business manager/burser has been paid at least $500,430 since 2012. “The contract with Mr Garana, the payments to Mr Garana and the lack of identification of the services provided demonstrates to me that money of MFISL is being distributed to Mr Garana,” Crowther found.

How will the AFIC leadership respond?

“They will make promises designed to exploit the government’s strong wish not to disadvantage students by closing or otherwise interrupting the running of the schools,” predicted Mubarak Noor, a former Islamic College of Brisbane principal. Dismissed by the AFIC leadership last February, Noor is among many casualties of AFIC’s notorious staff and board purges. Malek Fahd, for example, has had five principals in five years.

The Deloitte audit was primarily aimed at tracking federal government funding — not the millions of dollars paid annually by parents in fees, uniforms, canteen takings and the like. They added up to more than $5.4 million at Malek Fahd alone in 2013.

Among those calling for an investigation of AFIC itself, not just its schools, is former AFIC president Haset Sali. “It needs a body like the Australian Securities and Investments Commission to follow the money trail right through AFIC,” said Sali, the federation’s honorary legal adviser for more than 30 years.

Sali and other AFIC figures connected to the pre-2006 leadership are seeking a meeting with federal Education Minister Simon Birmingham. “The government must do all it can to help clean up the organisation. It’s paralysed by infighting and scandal and saying nothing about the big issues affecting Muslim Australians,” Sali said.

Crikey contacted Hafez Kassem and the AFIC for comment but did not hear back by deadline. Crikey also attempted to contact Agim Garana via Malek Fahd Islamic School but was told he no longer worked there. Garana could not be contacted by mobile.

Inside the AFIC: Where does the revenue come from? 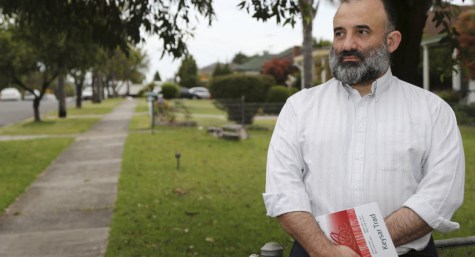 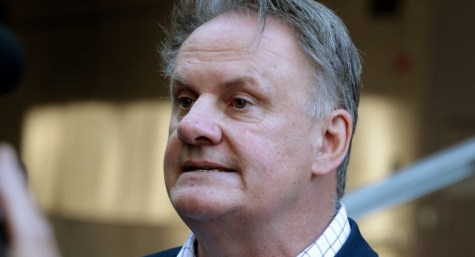