This one is not going to the pool room ... can Defence personnel march in Mardi Gras in uniform? ... Bruce Billson hanging up his cheerful hat ...

It’s the vibe. A Brisbane District Court Judge has ruled that calling a solicitor “Dennis Denuto” can be defamatory, after a lawyer sued a man for using the name of the character in movie The Castle to refer to him in an email. In the judgment of the case, Justice Tony Moynihan explained exactly who Denuto is, saying the character played by Tiriel Mora was “portrayed as likeable and well-intentioned, but inexperienced in matters of constitutional law and not qualified to appear in person in litigation of that nature”.

“His appearance in the Federal Court portrayed him as unprepared, lacking in knowledge and judgment, incompetent and unprofessional. His submission concerning ‘the vibe’ is a well-known line from the film.”

The plaintiff, Brett Clayton Smith, said that the “natural and ordinary meaning” of the words Dennis Denuto meant a lawyer who was unprofessional, inexperienced and unethical, among other shortcomings.

Smith had attempted to claim $250,000 in damages, but someone should have told him he was dreaming. He lost the case as the judge said “at the time they were made, the statements did not cause [the people the email was sent to] to think less of the plaintiff and there was little chance of republication”.

There was no mention of photocopiers, or how well they worked, in the judgment. 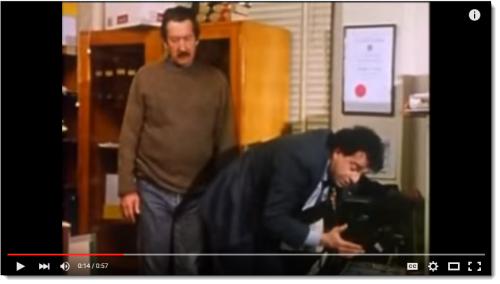 No marching in Mardi Gras. A set of documents requested from the Defence Department under freedom of information show that the Religious Advisory Committee to the Services wrote to Air Chief Marshal Mark Binskin in September last year to say that ADF members should not be allowed to march in uniform at Sydney’s Gay and Lesbian Mardi Gras:

“At the time the decision to allow this was made, the RACS was not asked for an opinion. However, after receiving correspondence on this issue the Committee has felt the need to make a statement concerning it, which I have been asked to communicate to you. Whilst the RACS fully accepts the right of individual ADF members to participate in the Mardi Gras it is deeply concerned about the decision to allow ADF members to march in uniform in an event which patently allows participants to mock and vilify religious faith, and which also has a political agenda.

“The RACS seeks clarification on the current policy of the ADF with regard to the participation of uniformed ADF members in events which are political in nature and are also harmful or insulting to many religious members of the Defence Force.”

The FoI documents show that someone is looking into how the Defence Force is managing LGBTI issues, with other documents requested including financial details of Defence’s sponsorship of the Military Pride Ball and details of the attendance of Defence members at an international conference on transgender personnel and military service.

In solidarity with James Jeffrey. Former Small Business Minister Bruce Billson announced this morning that he will retire from politics at the next election, saying in a statement “I will not be seeking to earn the support of my beloved Dunkley community at the next election to represent ‘Melbourne’s Riviera’ for an eighth term”. Billson has been a popular member of the Liberal Party, with his enthusiasm for the small business portfolio unmatched by even a jumbo jet. Billson’s greatest hits (according to our friends at Smart Company) are:

“Was that an aircraft or the roar of small business saying, thank goodness!”

“Even my blood group is positive!”

“Small business is the new black, the new kale of the cafe scene, the yogalates.”

“I had the spunkiest business plan.”

Come fly with me. Air New Zealand used one of the oldest tricks in the advertising book, using a compliment from a competitor to sell their latest product: 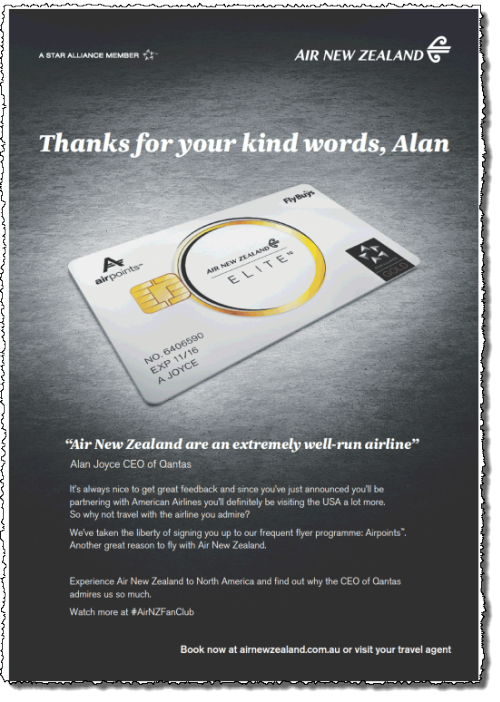 Colonising Mars more likely than Shorten as PM. While we often look to Essential polling for predictions about Bill Shorten’s future, this week the survey also covers the future of technology for all of us, and it looks like voters are more optimistic about the possibility of growing organs in a laboratory than Shorten as prime minister. According to Essential polling, about half of those surveyed believe computers will be as effective as people in creating music, novels, movies and paintings in the next 50 years. Other technological changes considered likely to happen are laboratory-made organs (73%) and DNA-altered uber-children who will be smarter and healthier than their ancestors (53%).

Although most dismiss the idea of humans controlling the weather, some 11% are holding on to hope of accessing a magic climate-controlling gadget — perhaps an app? — in the not-too-distant future.

Those aged over 55 are most enthused about having new organs made for them in a lab, with 70% claiming it would be good for society.

Most see living to 150 years old and being able to alter the DNA of unborn offspring as decidedly bad for society. Some 22% of Australians think it’s likely that human will be able to live in colonies on another planet, and 24% think it would be a good idea. Well, it’s next.

Reluctant as I am to come over all bibulous Bob Ellis but who the hell does ESSENTIAL get on the end of the line for the results so often reported?
Is there not some sort of test to try to ensure the respondents are semi sentient?