Redundancies at Fairfax: get 'em while they're hot! And other media tidbits of the day.

Fairfax sunsets continue. While The Age in Melbourne has barely started its redundancies, Crikey understands the process is more advanced at The Sydney Morning Herald.

Having farewell drinks in Pyrmont tonight is former Sun-Herald editor/now-columnist and features writer Rick Feneley. He’s been at Fairfax for 18 years.

As we’ve outlined before, all Fairfax metro writers are having meetings with their editors before the end of the year, and at the meetings they’ll indicate their comfort with Fairfax’s new digital strategy. Those who aren’t happy with the new direction have been encouraged to tell their editors at the meetings they wish to go — upon which, if management agrees, they can be offered a redundancy. Crikey understands about a half-dozen have put their hand up. A few of those who put their hands up have been denied. Earlier this week, veteran Age court reporter Steve Butcher was the first to go from Melbourne’s Media House. — Myriam Robin

ABC makes new appointments. On the boards of corporate Australia, the same names seem to come up often. CEOs, lawyers and investment bankers are frequent go-tos for headhunters after a name that will fit comfortably and respectably on the boards they’re filling. The ABC’s board, with a few exceptions largely fits this model. But the two women named to join it yesterday, to differing degrees, break the mould.

Both women have active social media presences, which is unusual in corporate board land, and neither is based in Melbourne or Sydney.

In filling the two vacancies on the board, the government was keen to ensure a geographic spread of candidates. Kirstin Ferguson is from Queensland, while Donny Walford is from South Australia.

Ferguson’s background is mostly in the resources industry. A former air force officer, she was CEO of Sentis, a health and safety consultancy for the mining and resources industry. When she stepped down from that role in 2010, she embarked on a corporate board career, beginning on the boards of mining and utilities companies like Dart Energy and Sunwater. Since 2013, she’s been a director of the Queensland Theatre Company. Communications Minister Mitch Fifield said in a statement she was the most highly recommended member by the “independent board nominations panel”, but had withdrawn due to “other commitments”. She was convinced to reconsider.

Donny Walford, the other new director, has a lower profile. She’s the managing director of boutique management consultancy Bottom Line Transition Strategies and its sister company Behind Closed Doors, which aims to help women get on boards. Her early career was in finance — she spent nearly two decades at BankSA (now owned by Westpac). She wasn’t suggested by the nominations panel at all, but was appointed directly by the government. It’s the first time the government has side-stepped the independent nominations panel, intended to ensure non-political appointments to the boards of the ABC and SBS. It turns out despite all the fuss about who was on the panel, it’s simple to bypass — the minister just needs to issue a statement in parliament within two weeks explaining how the new appointee fits the selection criteria. A spokeswomen for the minister told Crikey:

“Under s24(x) of the Australian Broadcasting Act 1983 it is open to the Minister to appoint a person other than a person nominated by the Nomination Panel. The Government is always on the lookout for talented individuals to potentially serve on Australian Government boards.”

Neither women have much experience in the media, though this isn’t unusual for the ABC board. They’ll help pick the new managing director early next year. — Myriam Robin

Tropfest thrown a lifeline? The Daily Telegraph reports that Fairfax’s events arm is in talks to buy the recently collapsed Tropfest short film festival from its founder John Polson. The festival collapsed due to six-figure debts, which led the Daily Tele’s scribe Annette Sharp to speculate any festival under Fairfax would be leaner:

“Before Tropfest could go ahead under the Fairfax banner, a new management team would first have to take the knife to the free outdoor festival which in previous years has attracted thousands of picnic goers to Sydney’s The Domain parkland. In October, Fairfax Events acquired Australian Openair Cinemas — a business operating Openair Cinemas in six states, which is seen as a possible platform for a future leaner Tropfest.” 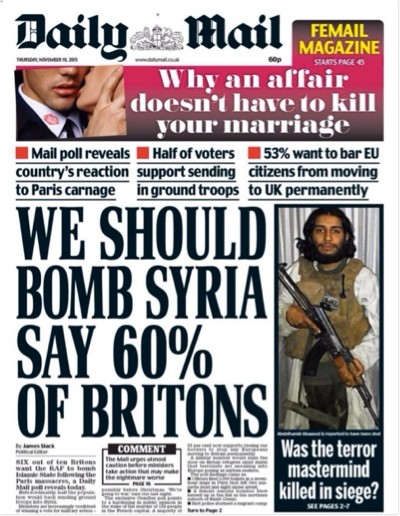