Rundle: terrorism is as French as le Tour Eiffel

Paris is the birthplace of political terrorism, and last week's attacks cannot be understood in a vacuum.

You couldn’t get a better picture of the current confusion, largely but not wholly on the right, than in Greg Sheridan’s column in The Australian yesterday, where he hymns liberte, egalite, fraternite, and defines Paris as the city of light, and the alternative to terror:

“To attack Paris … is to attack the very project of the Enlightenment, the 18th century precursor to modern liberalism. These terrible … terrorist attacks did more than kill innocent civilians; they attacked the very idea of Paris.”

Boy, oh, boy. I know that Greg approaches every new phase of the post-9/11 era like a teenager falling in love — “nuh, this is real this time, not like all the other times”, and two weeks later it’s all chocolate and Adele on endless repeat — but that one really made me do a spit-take of my Coco Pops. Paris, the antithesis of terrorism? Paris is the birthplace of political terrorism, you hapless clown, as well you know. Paris is the place where Robespierre, Saint-Just and Danton erected the guillotine in the Place de la Concorde and ran it for days on end, the space chosen in part because its octagonal symmetry was a symbol of the Enlightenment.

It’s the place where Mary Wollstonecraft, walking across the cobbles, slipped and realised she walking on a slick of blood. It’s where the US ambassador Thomas Jefferson looked on approvingly and wrote that he would rather see “but an Adam and Eve left in every country, and left free” than see the revolution fail. The form of liberalism that was born there was born as secular fundamentalism. The Jacobins, in their methods, if not the content of their politics, were exact precursors of the Islamic State, people so desperate to change reality they changed the calendar. Paris is the ground zero of Year Zero.

Better still, Paris is the home of strategic non-state terror for political ends, for it was here in 1796 that Gracchus Babeuf and the Conspiracy of Equals group began their violent campaign to force the post-revolutionary government to live up to its liberte/egalite/fraternite ideals. Indeed, that used to be one way in which the right assailed continental culture, by suggesting that its non-Anglo politics served as a crucible for extremism — as in the urban myth that Pol Pot had been a student of Sartre’s in Paris in the ’40s (he wasn’t; he was a radio engineering student, not an area of Sartre’s expertise).

This studied idiocy, repeated everywhere, has the same aim — to represent the Islamic State as entirely other, rather than identifying violent religious fundamentalism as a product of modernity, and coming after the depredations of violent secular modernity had done their work. What could be more modern and of our time, and of Europe, than the attack in the Bataclan concert hall? It had the character of a Nazi reprisal, where the men of an entire village were executed, or similar European Zionist practices on Arabs in the 1948 war, or similar events in ’90s Yugoslavia. The attempt to make such events entirely other has one purpose: to make it look as though such acts are the expression of an ethnos or a religion, rather than of one movement within it. It thus licenses attacks against such that will have a disregard for civilian casualties.

Thus has been the giddy tone of mass media reporting on France’s “strike back” against the Islamic State stronghold of Raqqa. An indiscriminate attack on a city, most of whose inhabitants are simply subjects of IS, it will leave civilian casualties that will remain uncounted — except by the relatives of the dead, who just might have a smartphone and relatives in Europe they can call. It will certainly be useful for the IS, who, as with any terrorist group, welcomes the heightening of tension to a point where everyone feels the need to choose sides now. And it will go largely unremarked by the thousands flocking to paint their wheelie-bins red white and blue or stencil an Eiffel peace sign on their dog. It should by now be obvious that the expressions of solidarity with France are part of the IS script, turning universal human solidarity into a preface for a white European power. What would Lebanese-French, Lebanese-Australian kids feel about all that malarkey, I wonder? Would they feel that the tricolour Sydney Opera House represented them, when there was no similar projection of a cedar tree a few days earlier? Or would they take a different message? It’s a funny way to do “better integration”.

The point of the Raqqa bombings is that they express not power, but powerlessness. They are for domestic consumption only, by a French President who was politically weakened long before the Paris attacks. Indeed he may now see the response to them as a last chance to assert his role as a representative of the nation against the challenge of Marine Le Pen and the Front National. But the Raqqa bombings are simply powerlessness armed, the vanguard of a vast force of futility. The identikit articles in yesterday’s Oz were proof enough of that, with the same themes we’ve heard for the last 15 years: show of strength, assert the Enlightenment, rethink multiculturalism, learn from the fall of Rome(!) etc. The tricolour displays were a similar expression of powerlessness. When Italy was consumed by terror in the ’70s, the left could bring out mass protests against left-group terror done “in its name”. When the Basque separatist group ETA terrorised Spain, an anti-terror civil rights movement formed. But the political and social forms to manifest this are fading now. People feel there is no “social”, so they resort to the world of images. Right-wing op-ed writers are in the same position — they have nothing but shopworn cliches to parade endlessly, the 800-word equivalent of a T-shirt stencil.

The truth? Terror needs no territory. Terror is the weapon of those without territory. The attitude and strategies of the French and Belgian nationals who carried out these attacks are as likely to have come from a fusion of French history and philosophy — it was Merleau-Ponty, the archetypal French intellectual, who wrote In Defense of Terror — with the Islamist themes of IS, as from violent Islamism itself. People are not animals who react with conditioned behaviour to bombing. They interpret state terror as a meaningful event and reply to it with meaningful acts, which may include political violence. You can do all the assimilating you want — it only takes one person in ten thousand to become a violent actor to unleash a wave of terror. Multi-ethnic societies in the West cannot be “rethought” — they’re here now. Multicultural policy is a detail — 7/7 UK was multicultural, 2015 Paris was assimilationist, there’s no shazam policy solution to this. The right should have the level-headedness to propose real solutions, or the guts to propose what they’d really like to do: the large scale round-up of Muslim citizens, and the indefinite occupation of the Middle East. Then we can at least be clear about where we all stand. People like Sheridan may have forgotten the violence in which the modern West was born. No one outside the West has. 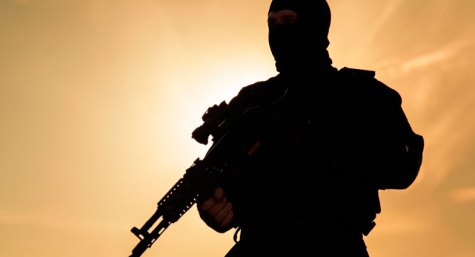 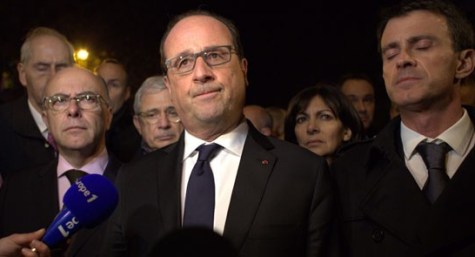 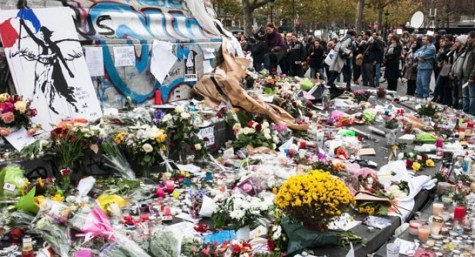 Rundle: after Paris, we enter the waiting room of a post-liberal world order

A great piece of bubble-pricking by Rundle.

Here’s irony: The word “terrorist” was coined in Revolutionary France to describe authoritarian leaders who use the perception of external threats to gain greater power.

Damn it Guy, quoting history (chapter & verse) at Sheridan is a low blow. But for the rest of us riding along in the van, it’s a pretty timely reminder. Thanks.

By acting so horrified, we have given them what they wanted. Instead, perhaps it is just a police matter, somewhere on the other side of world. We might now wink a blind eye when our homegrown aspirants get roughly treated. But let’s not not wink too often, lest our police begin to terrorise us too.

ISIS is the perfect weapon of the global corporations. A left too scared or moral to act on the fears of immigration amongst the population will do nothing whilst the far right will ride that one issue and the widespread fear to electoral success and give the corporations all they want. Destruction of labour laws, mass surveillance of the public, free reign of capital.

The left as we know it is the author of its own destruction.