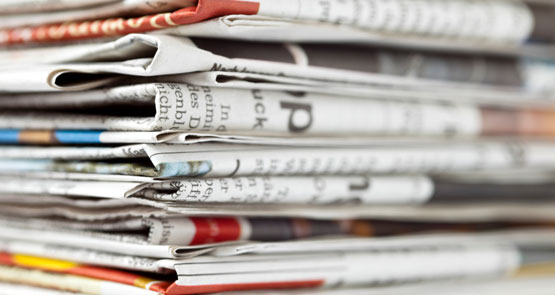 “There’s something magical about printed papers,” News Corp Australia executive Campbell Reid said as he sat on a panel on media innovation in Sydney yesterday.

“We panic about the future of newspapers. But between Fairfax and News, we reach pretty much 100% of Australians between our printed papers,” said Reid, until recently editorial director but since moved sideways to corporate affairs.

But newspaper circulation figures released today make it hard to square Reid’s confidence in the medium. While the audit is “better” for everyone than it has been in the past — media analyst Steve Allen described it as a “moderately positive audit, certainly the best in a few years” — the declines continue.

In Melbourne, an important milestone has been reached. For the first time, the average print circulation of The Age’s Monday-to-Friday editions has dipped below 100,000 papers, with an average 97,014 editions circulated between July and September this year (a fall of 9.9% year-on-year). The Sydney Morning Herald is bravely hovering above the line with a circulation of 104,833 (a fall of 10.3%), though on its current trajectory it will probably fall below 100,000  in the next audit. Both cities have populations of nearly 5 million, which suggests there’s around one paper per 50 people in circulation. Five years ago, both papers had at least double that circulation, in cities with fewer residents than they have today.

For a while now it has been fashionable to muse on when Fairfax would cease to print metropolitan newspapers and focus its efforts entirely online. The answer given by Fairfax was that it would continue to print papers for as long as there was money to be made off them, and it’s hard to quibble with that logic. But with print circulation figures like these, that day might not be far off.

Alarmingly for Fairfax, it has also suffered small drops in the number of digital subscribers to the two papers. As Mumbrella has noted, The Age had 489 fewer subscribers than the previous quarter, while the SMH lost 236 subscribers (the figures released show year-on-year comparisons, however, so both papers still record an increase compared with June-September 2014 in this morning’s audit).

Fairfax charged into digital subscriptions in 2013 and initially experienced rapid growth, despite having come to the field after News Corp. But the small drop suggests its figures have plateaued. It also squares with comments made publicly by Age editor-in-chief Andrew Holden last month: he declared digital subscriptions were “not the silver bullet” for Fairfax.

Fairfax nonetheless has the highest numbers of paying digital-only subscribers in the country — the SMH weekday edition has 105,732 of them, more than it has in print, while The Age has 98,756.

The exception to the general circulations falls at Fairfax is The Weekend Australian Financial Review, which, as Crikey noted, was last audit the only newspaper last audit to stay in the black. It grew its circulations by 1% year-on-year last quarter, and it is only 0.1% in the red this quarter. The weekday Australian Financial Review lost 8.7% of circulations year-on-year — for an average circulation of 52,892. This opens up the gap between the two editions even further — the weekend edition sells 55,314. Who knew business news could be popular on weekends?

For News Corp, the fall has been held at bay, but all titles experienced circulation declines. The Australian, while not a city paper and so not quite equivalent to the SMH or The Age, is also likely to slip below six figures in its weekday circulations. It lost 4.7% of its circulations and now sits at 101,040 average copies distributed.

In Perth, The West Australian (published by Seven West Media) had quite a good result. It declined only 5.1% to 149,168  issues on weekdays.

Aggregate figures compiled by Steve Allen’s Fusion Strategy show the total year-on-year print circulation fall across News Corp, Fairfax and The West Australian was 7.17%. That is the lowest aggregate fall in some years. The total declines have been reducing every quarter since September 2013.

Total digital circulations continue to grow, up 9.36%, but that doesn’t make up for the falls in print circulations.

Desperate measuring: an insider’s guide to the weird world of media ratings

I expect that one reason the circulation of the weekend AFR is so high is that if you have a digital subscription it only costs an additional dollar a month for delivery of the weekend paper.