Is Bowen the next Turnbull? The sorry state of Labo(u)r

Chris Bowen is the only Labor politician to realise what a gift the GST debate could be. But Labor's UK cousins bungled it badly as well. Freelance journalist Isabelle Westbury writes. 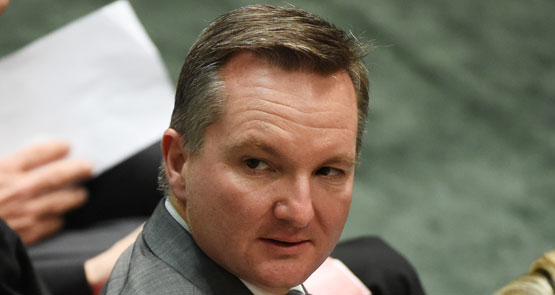 Almost two months out from Malcolm Turnbull’s ousting of Tony Abbott and the first great debate of Australia’s new leader is raging. The merits and pitfalls of a rise in the goods and services tax (GST) have swamped the headlines over the past week, and every self-respecting politician and journalist has had his or her say. It’s Turnbull’s first big move — and it’s controversial.

In the United Kingdom, the equivalent debate over a rise in value added tax (VAT) raged just days before the general election in May. Politicians feared it would capture the public imagination — a tax on the nation’s fabled baked beans no less — as Prime Minister David Cameron was forced to hurriedly rule out a rise following opposition pressure and media speculation. The policy threat, once thought to be one of the big issues of the general election, never materialised. The Conservatives romped home and nothing more was spoken of it.

And so it is in Australia. GST has proven the death knell in the past for the likes of Paul Keating and John Hewson, author of the “the longest suicide note in Australian political history”, and nearly John Howard, too. Turnbull, however, has calculated, on the merits of his own strength and the weakness of the opposition, that for him, it won’t be. He’s probably right.

A week is a long time in politics. While the substantive points in a rise in GST may dominate this week’s headlines, it’s not the substance of the debate that will determine the political landscape in the months and years to come. Instead it is the manner in which the policy move was handled on both sides.

And Labor’s proves why the party is in such strife. In truth, the Liberals’ handling of the GST debate has proved bungling and divisive, but Labor’s beleaguered leader, Bill Shorten, failed to capitalise. Instead Shorten, like a schoolboy bereft of his afternoon lollies, moaned of the unfairness of it all. Compare and contrast to Chris Bowen, the shadow treasurer, who homed in immediately on the Coalition’s failure to deliver a concerted economic policy. “Come clean on GST,” urged Bowen, catching out a party that leans so heavily on its competent economics pedigree for, well, not actually having a united economic policy.

It’s not the first time that Bowen has looked more leadership-like than his leader. He is frequently accused of being arrogant and exuding an air of “I know better than you”. Yet Bowen is capable, succinct and a good communicator — and it wasn’t that long ago that Turnbull was dismissed as a future leader for those very attributes.

Similar comparisons can be made to the United Kingdom’s Chancellor of the Exchequer, George Osborne. With an unnerving ability to be photographed looking like Machiavelli’s scheming Prince, Osborne for years never stood a chance as being seen as the next prime minister. Now, as Osborne’s deft hand at political manoeuvring comes to light, the bookies have him as favourite to eventually succeed Cameron, offering odds of 2.50.

There was a time when Shorten was seen as the radical reformer, capitalising on the combative politics of identity to rise to leader of a party licking its wounds after a very public domestic spat. Now, however, the question is not who is Bill Shorten, but what does he believe in? What are his policies? In opposition it’s easy to gloss over these questions for a time, but as prospective prime minister, it’s not.

The Liberals have swooped on the centre ground without being all that central — a damning indictment of Shorten’s failure to capitalise on Abbott’s more extremist far-right tendencies. A similar picture is currently being painted in the UK, but for quite opposite reasons. The Conservatives have a monopoly on the centre ground, but in this scenario, it’s because the opposition are too far the other way. While Shorten appears to stand for nothing, Jeremy Corbyn, leader of UK’s Labour, stands for too much; “communist” is no longer a slur of Corbyn but an everyday description. Corbyn is too extreme; Shorten has nothing of note worth listening to. Moderation in all things, and both the Conservatives and Liberals have made this mantra their own. In the UK, under parliament’s five-year fixed-terms, Labour are widely considered to be consigned to opposition for the next decade. In Australia the feeling is two to three terms.

Where now for Labour and Labor? The plight of the centre-left appears a sombre one. It needn’t be. A quick look across the waters to Canada, a similarly progressive, Commonwealth country and every social democrat’s heart skips a beat. Justin Trudeau, young, liberal and an advocate of “real change” charmed the socks off a nation that had been under Conservative rule for nine years. As recently as 2011, Michael Ignatieff, then leader of the Liberals (equivalent of Labor, not to be confused with their Australian namesake), started his campaign with so much hope only to crash and burn, suffering the worst defeat for the Liberals in history. Social democracy in Canada, too, looked on the wane.

Just a few years later and Trudeau swept to victory, capturing the hearts and minds of not only a nation, but the world. “Why was gender balance in your new cabinet so important to you?” the newly elected Prime Minister was asked. “Because it’s 2015.” A breath of fresh air, an injection of youth, capable in debates, firm economic policies and an ability to say it as it is, Trudeau’s turnaround of the Liberal party proved remarkable. Trudeau’s act is a tough one to follow, but it does at least prove that there is a path to redemption. For UK’s Labour and Australia’s Labor, the first step is acknowledging that there’s a problem. Neither are yet to do so. For Labor, a change in leader would signal that intent. Perhaps this possibility, spoken now only in hushed circles, should be debated more widely. Now there’s a thought.

Isabelle – What a load of cr+p! You are just plain WRONG!
Example – the MSM has, in the past day or two, taken up the story of the Liberals, read Morriscum’s, failure (in the HOR) to accept the Senate rejection of their Bill to make tax details public for companies with annual profits over $100 million. Our idiot treasurer then spat the dummy and removed the whole bill, which included measures to ensure foreign corporations operating in Australia pay their fair share of taxes as well.
Result? Just have a glance through the non-Murdoch press comments section, and the anger from the voters is there for all to see. Also talk back radio on the ABC had similar results – that’s thousands of people who are not as stupid as you think we are!
Now, who was responsible for that ? Bill Shorten and the Labor Party, that’s who. The Labor Party, along with the Greens, were able to convince enough cross-bench Senators that they were being ‘conned’ by Malcontent and his motley crew, which is exactly what the government tried to do, with ridiculous nonsense about ‘kidnapping threats’ for doG’s sake.
The pitchforks are out, and the target is Turdball, Morriscum etc. A few more little episodes like that one (which is still unresolved), and the Turd’s honeymoon will definitely be over.
Not to mention the fact that the general attitude to a rise in, or broadening of, the GST is very negative. You are living in cloud cuckoo land if you think Malcontent can triumph with this unpopular policy, when much better politicians than him failed. John Howard almost lost government over it – and certainly lost the 2pp vote at the 1998 election because of it.
When are you and other journalists going to accept the fact that the GST is a REGRESSIVE tax? As Bill Shorten, Chris Bowen and others in the Labor party have said, there are better and fairer ways of increasing tax revenue.
And if I hear/read/see one more journalist misleading the public with their spin on ‘Labor has no policies’, I will scream!
Read the list on the ALP website, and see if you can get it right next time!!!!

But rearranging Labor’s deckchairs is pointless without addressing the question: what does the party stand for?

In the middle of a worldwide conversation on inequality and with a revival of progressive policies, what is the ALP doing? Waving through authoritarian measures such as citizenship-stripping legislation. Hopeless.

Xoanon – I suspect Labor has allowed ‘citizen-stripping legislation’ through, because they don’t have the numbers in the Senate to do otherwise.
However, everyone knows there will be a High Court challenge to this legislation, which hopefully will stop it in its tracks (despite the fact that the government is saying the bill is ‘watertight’). We shall see!
This is only one focus of government policy, albeit one which the LNP uses most frequently to wedge the opposition. Whatever Labor does, they can’t win on this issue, so the MSM plays it up as much as possible. That way they can inflict maximum damage on the opposition, and people fall for the LNP manipulation.
Standard by 10 for this despicable government!

“Yet Bowen is capable, succinct and a good communicator.. ” Yeah and underminer of Gillard as PM. Choose him and they’ve lost me forever.