Can’t hold it back anymore: Abetz, Bernardi go to war with Bishop

Eric Abetz and Cory Bernardi are still not happy about the leadership spill, you guys. 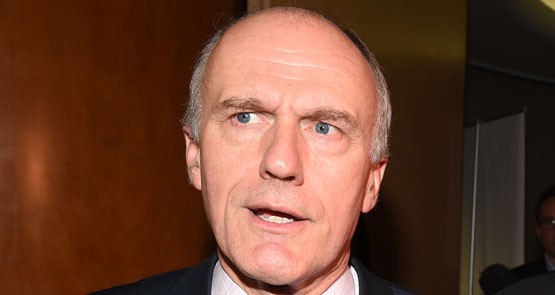 Less than two months into the prime ministership of Malcolm Turnbull, the minority of Coalition members unhappy about dumping Tony Abbott are already making more noise than any grumpy Labor members did about the change from Kevin Rudd to Julia Gillard.

“This is dysfunction and chaos in our national government, writ large for every Australian to see. Tony Abbott has presided over a united, strong, mature, capable team since the last election and so the people of Australia can look at stability and maturity on one hand and the knifing, the bitterness, the devastation, the personalities, … and so it goes on.”

That was Eric Abetz in June 2013, after Rudd knifed Gillard and returned for his short-lived second stint as prime minister, but it would not look out of place today.

After an initial flurry of radio interviews shortly after he was deposed, Abbott himself has not said much about the change of leadership, instead focusing on selling his “stop the boats” policy to Europe, before returning to Parliament this week. But his presence is no doubt felt in the media, as his backers are trying to keep Turnbull in line.

As Turnbull jets off for one of his first trips abroad as Prime Minister for the next 10 days, those who are still sore about the leadership change are airing their grievances. Both Abetz and fellow hard-right conservative Cory Bernardi spoke to media this morning (Sky News and the ABC, respectively), calling for Foreign Minister Julie Bishop to explain why her chief of staff, Murray Hansen, attended a dinner with the coup organisers, including Turnbull, at Peter Hendy’s house the night before the leadership spill. The revelation comes in a new book about Abbott’s downfall by The Australian’s Peter van Onselen and academic Wayne Errington, Battleground.

Bishop has always said she informed Abbott of the moves against him on the day of the spill, when Abbott returned from a trip to Adelaide, but Abbott backers have accused Bishop, along with Treasurer Scott Morrison, of knowing about Turnbull’s planned moves long before then.

“When I was a minister, I would have never countenanced my chief of staff going to such a meeting without my permission and approval. I think a question does need to be answered, whether the chief of staff was there on a frolic of his own or with the imprimatur of the deputy leader. I think colleagues are entitled to know what was going on.”

Bernardi told ABC Radio Bishop should be believed, but Hansen was her long-time staffer and confidant. Either he would need to resign if Bishop didn’t know about it, or Bishop had questions to answer.

“If she did know about it, I think there are some questions need to be answered … It would bring into question the accounts that have been put out in the public arena beforehand around the level of involvement of individuals in this. I was quite frankly hoping the Liberal Party could put this all behind us and we could work towards winning the next election, but you can only do that in an area or aura of trust, and you can only do that when people have been straight up.”

Bernardi went on to say it was “absolutely wrong” for any staff member to contribute to the bringing down of a sitting prime minister, let alone with the authorisation of their political master. When asked whether there was ongoing turmoil in the party, Bernardi insisted there was optimism around the next election, but wounds were still healing: “These things are generally unhelpful, but ultimately if you try to keep things secret from the media, they inevitably find out about them unfortunately… and it tears of the scab of some old wounds.”

Bishop this morning said that Hansen was there to meet Hendy, and once she learned of the details of the meeting, she informed the now former prime minister.

” When I learned who was there on the Monday morning and when cabinet ministers came to see me I made the first opportunity available to see the prime minister, who didn’t have a leadership meeting that morning because he was in Adelaide and was flying. I met him within five minutes of his attendance here in Parliament House. This is entirely consistent,” Bishop said at a doorstop in Parliament House today.

Helpfully this morning, the office of Labor leader Bill Shorten, who was a key player in the leadership changes between Rudd and Gillard, has sent out three transcripts from media interviews Bishop conducted in the days after the leadership change that apparently had gone missing from her website.

Abbott’s a one trick Tony..his special skill is wrecking governments..he was being honest when he said he wouldn’t be a sniper.. artillery is more likely.. let the games begin..

I’m really hoping that Erica will somehow manage to pull Godwin out of a hat by the end of all this.
Popcorn time.

Reluctant as I am to express gratitude to Turn-on-the-bull, I am grateful that Abbott has gone and EricA with him. Both had the same effect: like listening to someone running their fingernails down a blackboard.

One day Abbott will have an irony epiphany and realise, to his excruciating embarrassment, that he served as PM for less time than those he so skillfully undermined.

@tonysee, I don’t think Tony has much ability in critical self assessment…

I think a question does need to be answered, whether the chief of staff was there on a frolic of his own or with the imprimatur of the deputy leader. I think colleagues are entitled to know what was going on.

Maybe Eric and Cory could lodge an FOI for answer, then wait for 9 months for the files to be lost. That would be a good idea!