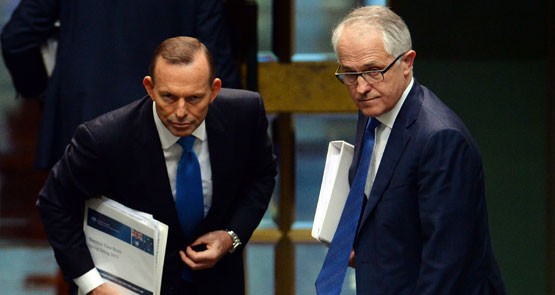 Australia had a temporary reprieve from two of the most controversial pieces of legislation proposed in the dying days of the Abbott government, but they’re both back on the table now.

Crikey reported in September that passage of both the Environment Protection and Biodiversity Conservation Amendment (Standing) Bill 2015 and the Australian Citizenship Amendment (Allegiance to Australia) Bill 2015 were delayed after Malcolm Turnbull took over leadership of the Liberal Party from Tony Abbott, and it was unclear whether the government would proceed with the contentious legislative changes. Crikey can now report that both will go ahead.

The EPBC amendment is designed to prevent anyone not directly affected by a major project from having legal standing to challenge the ministerial approval of the project. It is specifically targeted at “green lawfare” — to use the words of Attorney-General George Brandis — by groups like the Australian Conservation Foundation, which this week has brought another challenge to the approval of the Carmichael coal mine to the Federal Court. This comes despite evidence that in the 15 years since the provision was put in to allow environmental groups to have standing in such cases there had only ever been two successful challenges for applicants with such standing under the EPBC Act.

The amendment to the legislation has passed through the House of Representatives, and is not listed for debate in the Senate this week, but a spokesperson for Environment Minister Greg Hunt confirmed that there had been “no change” in policy around the EPBC, and the government would still proceed with the controversial legislation.

Yesterday afternoon, Brandis and Immigration Minister Peter Dutton announced that the government would proceed with the citizenship legislation, subject to amendments proposed by the Joint Standing Committee on Intelligence and Security’s report. The legislation would allow the government to strip dual nationals who have gone overseas to engage in terrorist acts of their Australian citizenship, thereby preventing them from returning to Australia. It was an attempt to wedge Labor, which had preferred to bring accused terrorists back to Australia to prosecute them here. Abbott had said Labor was “rolling out the red carpet” for terrorists by allowing them to face prosecution in Australia.

“Clearly if you have a minister making a decision that somebody has been guilty of some criminal offence, and then cancelling their citizenship without any court conviction or court decision, then there is going to be a constitutional issue. There is no question about that and there is no point pretending there won’t be one….  I am surprised that my observation that our laws should conform with the Constitution is somehow or other a remarkable one. What is the point of passing a law if it’s going to get knocked out in the High Court?”

In October, Turnbull refused to confirm to the former Abbott government’s preferred outlet for dropping national security stories The Daily Telegraph as to when the legislation would be passed but said the cabinet needed to consider the recommendations of the committee.

In a joint press release yesterday, Brandis and Dutton said the government would adopt the 27 recommendations made by the committee, including clarifying that children under the age of 10 could not have their citizenship stripped, and that discretion be allowed on whether the act would apply to children aged between 10 and 14.

The legislation will be retrospective, allowing the government to revoke the citizenship of dual citizens who have been convicted of an offence listed in the act with a sentence of 10 years or more, handed down in the last 10 years.

The government will also be required to publicly report every six months the number of times citizenship has been revoked, the grounds on which they have been revoked, and a brief statement of reasons, and there will be scrutiny of the operation of the legislation by the parliamentary committee and by the Independent National Security Legislation Monitor — the position the Abbott government tried to abolish.

Labor leader Bill Shorten this morning would not confirm whether Labor would back the changes, but given the committee report was bipartisan, it is likely Labor will yet again vote through the latest tranche of national security legislation. Shorten this morning indicated Labor might push for passage of the legislation to be delayed. The government wants to pass it through the House of Representatives this week, with the Senate looking at the legislation in the last two sitting weeks this year.

“Every time the Liberals have brought in national security legislation it’s been Labor who’s had to do the hard sort of work of checking to make sure that there are not unforeseen consequences and that the laws being introduced don’t cause new problems rather than just solving existing problems.”

It was agony listening to Shorterm’s dreary voice on RN this morning trying to equivocate (and not just on this question)and waffle – his sole concern being to avoid being wedged, aka taking & holding a principled position. On anything.

““Every time the Liberals have brought in national security legislation it’s been Labor who’s had to do the hard sort of work of checking to make sure that there are not unforeseen consequences and that the laws being introduced don’t cause new problems rather than just solving existing problems.”
Poor didums, the Labor Opposition actually has to do some work, poor Bill Shorten?

The speed with which Labor accedes to the demands of the Liberal Party, aprops the environmental rape of this country, is sickening. What is more simple than passing a law even before Shorten has read it?

I have noticed quite a number of politicians that are unpleasant to see or hear.

Who is going to decide who is ‘directly affected’ by a mine approval. I am an Australian citizen living in Melbourne but I visit the barrier reef so if there is potential to damage the reef then I am directly impacted so should have the ability to mount a case.

So tell me, what’s changed?