Documents that existed days before the leadership spill have vanished just after. Such is the magic of Malcolm Turnbull. 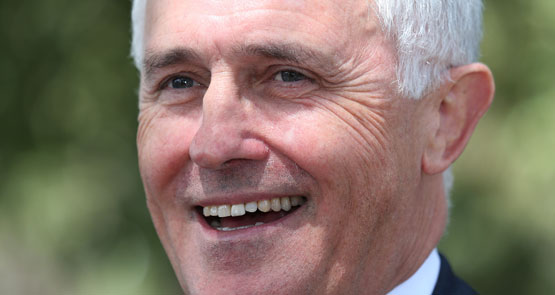 More documents have mysteriously vanished after Malcolm Turnbull replaced Tony Abbott as prime minister, even though the minister involved is still a member of the current cabinet.

As we recently reported, Crikey‘s freedom of information request, submitted to the Prime Minister’s Office under Tony Abbott, for communications with copyright holders regarding cracking down on online copyright went unanswered for close to six months, and after the change of leadership, Crikey was told that it was likely that the documents, if they had ever existed in the first place, were not in the possession of the office of new Prime Minister Malcolm Turnbull.

Crikey’s FOI request was not the only one to suffer this fate, with another request posted on the Right to Know website also going unanswered due to the leadership change — and now Crikey can report the office of at least one minister in the former Abbott government is now claiming to not have documents it held just days before the leadership change.

Labor’s spokeswoman on Western Australia, regional development and infrastructure, Alannah MacTiernan, filed two freedom of information requests in July seeking communications from then-assistant minister for infrastructure and regional development Jamie Briggs’ office regarding the $1.76 billion Perth Freight Link project. On September 18, shortly after Turnbull became leader but before the ministerial reshuffle, MacTiernan was told there were 133 pages found with diary entries ready to be released after the payment of charges for the request.

MacTiernan sent a cheque to the department, but less than a week later, the cheque was returned, and the Department of Infrastructure and Regional Development claimed the requests could no longer be processed as the assistant minister’s position no longer existed. Briggs remains in the ministry, but is now the Minister for Cities and the Built Environment.

After complaining to the Commonwealth Ombudsman, MacTiernan was told that the documents were “specific to the assistant minister and staff” and the office could not say where the 133 pages now reside. The acknowledgement of the existence of the documents means that if the documents were destroyed in the ministerial reshuffle, it could be a violation of the Archives Act.

In a letter to the secretary of the Department of Infrastructure and Regional Development, Mike Mrdak, MacTiernan has argued that although the office itself does not exist, the responsibilities of the position still exists, and the FOI request should be the responsibility of the minister in the role, Nationals leader Warren Truss.

“As the Perth Freight Link is still a current government project, on what basis are you claiming the documents have not been transferred to the new portfolio minister?” she asked.

MacTiernan told Crikey that in cases where there has been a portfolio shuffle within the government, but no change of government, there was no reason the documents would not have been provided to the new minister, or would be in the possession of the department.

“It’s not as if [the department] wouldn’t have the vast majority of the documents. So this idea that they’re handling the FOI application but don’t have the documents is just complete nonsense.”

MacTiernan said it was “completely disingenuous” to say that the office no longer exists.

“Under normal circumstances, and it’s quite clear under the guidelines, the new minister takes over. The title of the minister might have changed, but you’ve just clustered that obligation that previously Jamie Briggs acted under in responsibility with other ministers.”

The Commonwealth Ombudsman is expected to “reflect” on the situation of the impact of a leadership change and portfolio reshuffle on the FOI process.

A spokesperson for Briggs’ office had not responded by deadline.

In another Labor FOI challenge last week, shadow attorney-general Mark Dreyfus argued for himself at the Administrative Appeals Tribunal seeking to obtain access to Attorney-General George Brandis’ ministerial diary. Dreyfus sought close to six months worth of diary entries from Brandis’ email program but Brandis’ chief of staff, Paul O’Sullivan, refused because it would “substantially and unreasonably interfere with the performance of the minister’s function”.

Josh, I’m as shocked as you to hear bureaucracies often don’t cooperate fully. Is it any wonder the Union Boss criminals have fared so well?

Bob’s Uncle, glad to hear you found it interesting, even if you didn’t understand what was important / relevant in Post #1.

Of course we knowed Spitbull was jes’ a’jossen us in the (recent) past whenever he spoke about openness & accountability pf government.

Norman, we all know that for the LNP the Law of the Dollar will always trump the Law of the Land, and you revel in that.
Enjoy while you still can.
Sinodinos makes the union bosses seem like amateurs. and ICAC appears to have failed to clip his wings.