It's time for Turnbull to pick the lowest low-hanging fruit of tax reform, writes executive director of The Australia Institute Ben Oquist. 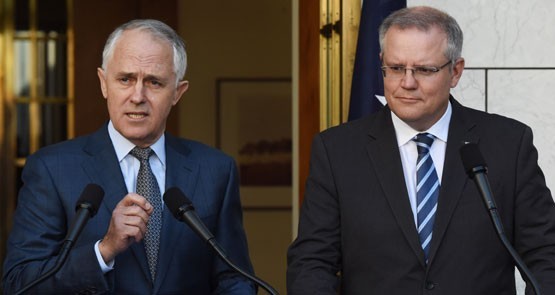 If Prime Minister Malcolm Turnbull is strolling through the tax-reform garden, he’ll have to crawl to get under the lowest hanging fruit in Australian tax history.

The culprit doesn’t do what it was intended to do; costs the budget tens of billions of dollars; is growing at 12%; primarily helps the richest (and doesn’t help the poorest at all); and is opposed by business, welfare groups and every economist.

It’s super tax concessions, and it finally looks like their time has come. And the question now is not if, or when, but how these rorts will be reformed.

Superannuation tax concessions are an annual body blow to the budget, and every year the hit gets harder to absorb. It’s at $39.7 billion now, which is double what it was in 2008-09. It’s forecast to blow out to $50 billion and overtake the age pension in the next three years.

Over the last year, academics, business groups, the welfare sector, think tanks, and politicians have all acknowledged the superannuation system is in urgent need of reform. Even Treasury secretary John Fraser thinks the super system needs a “fundamental rethink.”

Why is former treasurer Peter Costello’s profligate tax legacy becoming so reviled, even by conservative onlookers? Because the way it works is obscene.

Superannuation contributions are taxed at 15%, compared to income tax, which is progressively taxed up to 49%. If you’re wealthy enough, you can top up your employer’s contribution with a salary-sacrifice arrangement, and still pay only 15%, rather than your marginal income tax rate.

Because how much money someone has in their superannuation fund is a function of how much they’re earning, the benefits of super tax concessions skew overwhelmingly to the rich. The wealthiest 10% of households receive 41% of the value of superannuation tax concessions, according to research by The Australia Institute and NATSEM. Meanwhile, the poorest 50% of households receive 11% of the benefit.

The gender gap in retirement incomes, which has the average Australian woman retiring with around half the super balance of the average man, means women are missing out on the bulk of the value of super tax breaks. If we were designing a retirement income system today, it’d have just about nothing in common with what we’re currently grappling.

Consider this: if you’re on $25k a year, your tax works out to less than 15% — your super will be taxed more than your income. If you’re on $250k, your marginal rate is 49% — so your super transfer will equate to cutting your tax to one-third the rate. The person on $250k won’t stop saving for retirement because the tax breaks aren’t there — they still have to put in their compulsory 9.5%, which would likely grow into a sizable nest egg.

For those who worry that tinkering with the superannuation system constitutes reducing the incentive to invest in one’s own retirement, there’s good news. Increasing the tax on earnings during the draw-down phase from 0% to 15% would still make superannuation the cheapest, most competitive retirement income source on the block, and it would save the budget $9 billion dollars a year.

Superannuation tax concessions are growing rapidly, disproportionately benefiting the very rich, and entirely failing to do the one thing they’re designed to do: save the pension some money.

Turnbull’s big tax table (upon which, we’re repeatedly told, is everything) doesn’t have to start and end with a GST in order to address the budget’s serious and growing revenue problems. There are more equitable, more sustainable, and more urgent reforms sitting there, ready to go. This fruit couldn’t be any lower or riper for the picking.

Lets see if Lucky Mal really has empathy for those harder working cleaners and taxi drivers..The GST hike will not affect his constituency but the elimination of the rort that top end super has become will..don’t hold your breath on the latter..

Is nailing tax dodgers not low hanging enough because they’re wrapped-up in legal loopholes with plenty of advice from consulting companies?

Will Turnbull bite the hand that feeds?

..The Super industry argues that the public expects, nay demands, “certainty” that well-endowed Superannuants will have continued access to super-generous tax breaks in the coming decades. Of course this “certainty” isn’t required when it comes to any other change in taxation law. Can we grandfather the 10% GST rate so any rise only applies to new taxpayers?

The Super industry also points out that Super cuts pension costs “by up to $7b per year”, and although that number is sure to be padded somewhat, even that amount seems like a poor return on a $40+ billion/year investment.

Good article, Ben – says it all really.
However, I did hear our esteemed treasurer, Moralsnone, on the subject this lunchtime on ABC Radio. Apparently the government has no intention of taxing the ‘draw-down’ phase of superannuation. There was a whole lot of gobbledegook about taxing super on the way in (which you say already occurs) by 15% to 20%, then nothing.
Just how is that going to fix anything?
Turdball will only formulate policy which does NOT involve making the rich pay more tax. After all he is just another neocon looking after his own breed!