Michelle Bridges is right, people who grow their own food are freaks

Growing your own food makes no economic (or even taste) sense, and those (like me) who do it are in fact freaks. But believing what you see on TV as real is far, far worse. 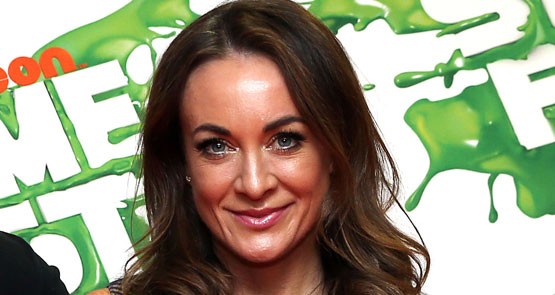 In recent days, retail behemoth Woolworths has attracted criticism for a series of online ads featuring prominent personal trainer Michelle Bridges. Bridges, hitherto a hard-bodied brand best known for yelling at fat people on TV, has partnered with Woolworths to offer a range of frozen meals to consumers as, she has said in press opportunities, a kind of public service.

Bridges says the point of her healthy freezer range is to provide a shortcut to better living. She knows the high-calorie, low-nutrient temptations of the market and she knows the time demands of our working lives make these even more difficult to resist. And so she’s made quinoa, or whatever grain we’ve fetishised this decade, available in a handy box.

None of this is especially troubling. It’s really just retail as usual. The market unwittingly produces a problem, such as obesity, and then consciously finds a means to solve it. We live as consumers in this gap between estrangement, in this case from our waistlines, and the promise of reunification with ourselves. Or we live, as Bridges has more or less said, in the gap between the ideal spectacle and hopeless reality.

These shorts might not have been terribly funny, but their intention was fine. Bridges has said that people like herself, publicly committed to a strict program of pure eating and punishing exertion, do not tally with real experience, and she’s tried to show that difference. She awakes in obscene but ascetic luxury before dawn while performing a Pilates move, performs deep lunges while walking her toy dogs and, in the moment that offended the internet, eats a handful of dirt from her hyper-organic vegetable patch.

In the second part of each of these ads, Bridges talks frankly to the audience as herself and not as the media spectacle she knows herself to be. She says “let’s get real” and addresses the topic of her own unreality by explicitly admitting that life is hard and you don’t get rock-hard abs as a gift from the goddess. If she’d been a slightly better comic actor or employed a director with a better eye for camp, the ads might have worked to show this intention.

Then again, they might not. Even if someone like Bridges wants to, um, bridge the reality gap between life and aspiration, many consumers actually no longer care to.

It’s mildly interesting that Bridges tried to address this gap in her ads, but it’s quite a bit more interesting that many people no longer care to acknowledge that such a gap exists and so refuse to see Bridges’ efforts to describe it.  She is saying “there is a difference between images of reality and reality itself” but increasingly, audiences can’t cop this, believing that the thing depicted on television is the thing in itself.

It’s perfectly obvious, even if it’s not perfectly funny, that Bridges is taking the piss in the ad where she “offended” home gardeners by calling us freaks. Actually, as an avid but avidly unsuccessful home gardener, I know that I am, in fact, a freak, and I doubt that many of those protesting against Bridges’ critique of our ridiculous practice have ever had their hands in the dirt.

It is actually freakish, in an economic sense, to produce vegetables at home. And I say this not just because I am a shit gardener whose no-dig experiments have cost a week’s wages this past financial year in lucerne hay and produced, maybe, 10 edible cauliflowers. This is the opinion of horticultural science.

John Rayner of Melbourne University’s prestigious horticultural campus, Burnley, told me: “The economics of small-scale, backyard production will never stack up against commercial production systems.”  Stu Burns, proprietor of urban cultivation business The Garden Doctor, agrees. “Delivering all the required nutrients, water, organic matter, etc. to a house is always going to be more expensive from the outset than just buying the edible parts of the produce.”

We don’t garden to save money and, despite the claims of organic fundamentalists, we don’t really garden to deliver more nutritious veg to table. Supermarket produce might not always taste terribly good (although, to be honest, much of it tastes better than my heirloom Calabrese broccoli, which is a hideous variety I can offer you the explicit advice not to grow), but there is little evidence that whole foods commercially available have a relatively poor nutritional profile.  We don’t really garden as a means of reducing emissions, either. If a home gardener tells you she is “enhancing biodiversity”, “getting back to nature” or “saving the planet”, she is either deluded or a liar.  (Having said this, if you use pre-emergent herbicides or soil sterilants, you are a dick.)

We have other reasons to garden. “Probably the psychological and social benefits of gardening are more valuable than any economic advantage,” said Burns. Rayner says that “social outcomes and health benefits of ‘home’, small-scale production are generally undersold in any analysis.”

Often, we garden as a way to overcome a sense of estrangement. My neighbour Kon produces a surplus of brandywine tomatoes each year, he tells me, to connect him to his past in the Peloponnese and to the future of his grandchildren’s sandwiches. (Note to potential tomato gardeners: you can use a container and you can probably still get away with planting established tomato seedlings this week, and you could even germinate some of the later fruiting varieties such as Black Krim or quick growers like Tommy Toe). I garden as a conscious experiment in overcoming alienation, and I am hardly alone in taking this sort of labour analysis to the backyard. The nation’s greatest home gardening communicator, Peter Cundall, once told me that he takes horticultural instruction from the first volume of Capital.

Gardening gives you time outside the everyday pressures of exchange value. When you’re out the back with your hands in material, you leave behind, just for a moment, all the complex relations between time and productivity and reality and its image.  In other words, I garden because I am an anxious “freak” who often feels estranged, and the practice of growing a thing that I can eat but never actually own — you can never claim a plant as your property and you’re forced to tip your gardening hat to the clouds — gives me a mild sense of reality.

I am not insulted by being called a freak because, like most home gardeners, that is what I am. Gardening is an impractical compulsion that may be frustrating, but not so frustrating as the widespread belief that something like an online ad is even worth considering.

Australian consumers have plenty of reasons to revile the nation’s Big Two supermarkets, and these include (a) the rigour with which these giants squeeze food producers, and their sauces, dry; (b) labour camp conditions in which migrant worker wages are driven  down, down; or (c) just the sheer heft of the buggers. To say the success of Coles and Woolworths, whose dominance of a national market is, at around 70%, unmatched anywhere in the world, is the natural success of the free market — and, of course, the IPA does — is to ignore the very close relationships these companies have enjoyed with that other duopoly, the Coalition and the ALP.

The least of Woolworth’s problems is that it has called home gardening freaks freaks. The least of our problems is that visual media does not always represent us in the way we would like to be represented. But our belief that what appears is real and that what is real appears is now so absolute that when anyone points out the difference between reality and appearance, as Bridges rather clumsily did, we have a fit.

Online ads have no more necessary connection to me than I do to a commodity. If you happen to find yourself genuinely troubled by the gap between Bridges’ representation of the real and the real itself, I have an antidote: get out into the garden. It’s the only place I know where commodities dissolve.

I find the fact that you successfully grow anything freakish, that you are a gardener not so much!

“The economics of small-scale, backyard production will never stack up against commercial production systems.”

Undoubtedly – when 90% of the inputs required to support commercial growing (such as the environmental impact of carting tonnes of food every year from one end of the continent to the other, or even from one side of the globe to the other, and the hidden public subsidies such as the road system used to transport it on) are exorcised from the comparison …

To say that exploitative practice is economically efficient is not to endorse it. It’s more expensive to grow your own food. This is a sad fact, but still a fact.

No. It may be more expensive for to grow your own food, but any competent gardener can produce first class food, cheaper, fresher and with better flavour than the supermarket crap. I am somewhat obsessive, and have tracked the cost of my food production over several years.