Poll Bludger: are the Greens gunning for Albo and Plibersek?

Analysis suggests the Greens are within striking distance of two inner-Sydney seats. But do they have the stomach to do it on Liberal preferences? 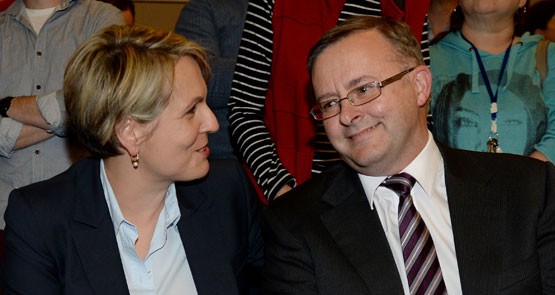 Suggestions that Adam Bandt might finally have some Greens colleagues in the House of Representatives after the next election gained further impetus last week, courtesy of a Parliamentary Library analysis of voting patterns from the New South Wales state election in March.

Transposing booth results onto the federal boundaries proposed in the recent draft redistribution suggests the Greens might have enough support to take the inner-Sydney seats of Sydney and Grayndler from Labor — perhaps not surprisingly, given their fairly handsome wins in the partly corresponding state seats of Balmain and Newtown.

The finding tied in well with Greens leader Richard Di Natale’s speech to the party’s national conference on Saturday, in which he proclaimed that the demise of the two-party system was at hand, and that a member of his own party would one day be at the head of government.

Needless to say, Di Natale’s recent expansiveness about his party’s future prospects has not been sitting well with Labor.

Seizing upon Di Natale’s declared willingness to find “common ground” with the Coalition, Bill Shorten intimated that the Greens were plotting to achieve their expansion plans on the back of preference deals with the Liberals.

In pursuing this line of attack, Labor aims to exploit the uncomfortable balance the Greens must strike between their political imperative of staying distant from the Coalition and their tactical interest in keeping their options open.

The Greens’ sensitivity about what could potentially be achieved with help from Liberal preferences is made all the more acute by the fact that their most obvious targets — Anthony Albanese in Grayndler and Tanya Plibersek in Sydney — are without peer in the Labor Party in terms of their popularity with the inner-city left.

Di Natale took to Twitter on Saturday to offer an indignant response to suggestions the party might seek to unseat Albanese and Plibersek through a Liberal preference deal, but he did not unequivocally dismiss the idea when pressed in an interview on ABC News 24.

While he stressed that the party has “never preferenced the Liberals ahead of the Labor Party” (which is almost but not entirely true), and that he did not imagine this was about to change, the temptations will be substantial.

Experience at Victorian elections — which, like federal elections and unlike state elections in New South Wales, require that voters number every box on the ballot paper — suggests Liberal preferences break either 66-34 in favour of Labor or 75-25 in favour of the Greens, depending on the direction of the how-to-vote card.

Going off the numbers produced by the Parliamentary Library, that would be enough to make all the difference in both Sydney and Grayndler.

Of course, analysis of this kind runs into the considerable problem that very different circumstances apply at federal and state elections, the most important of which involves the personal votes of the sitting members.

Whereas Sydney and Grayndler were sturdily defended by Plibersek and Albanese at the last federal election, there was hardly a sitting Labor member in sight in inner Sydney at the state election in March.

After the debacle of 2011, the only seat remaining to Labor was Marrickville (since renamed Newtown), which was vacated at the election by the retirement of former deputy premier Carmel Tebbutt, who is married to Albanese.

Balmain had been lost to Jamie Parker of the Greens in 2011; the state seat of Sydney has been in independent hands for the better part of three decades; and Summer Hill, about half of which falls within Grayndler, was a new seat created by the redistribution.

Given that similarity of the statewide party vote totals at the 2013 federal and 2015 state elections, comparison of the results offers a clear indication of exactly how much Albanese and Plibersek have been bringing to the table for Labor.

That would have been enough to have kept both Albanese and Plibersek secure in 2013 even if the Greens had overtaken the Liberals to finish second, and even if the Liberals had directed their preferences to the Greens ahead of Labor, neither of which was the case.

The numbers suggest Tanya Plibersek will be on a pretty strong wicket in Sydney at the next election come what may.

But it could be a very different story in Grayndler if Albanese opts to put the Greens threat behind him for once and for all by pulling up stumps and moving south to the seat of Barton, as reports suggest he may.

If Di Natale is as eager to expand the Greens empire as his recent rhetoric suggests, that could well leave the Liberals in a position to make an offer he can’t refuse. 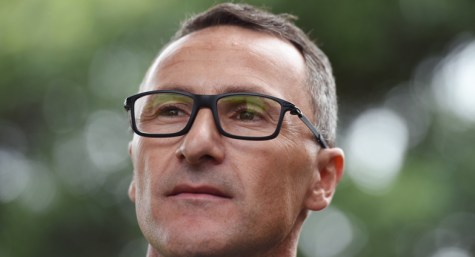 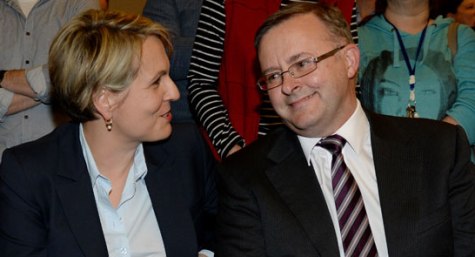 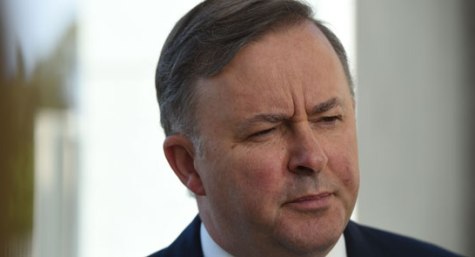 if the greens prostitute themselves for political gain then they will likely face the same fate as the democrats when they prostituted themselves politically with john howard over the introduction of the G.S.T.

Richard Di Natale’s speech to the party’s national conference on Saturday [fortunately for Australian Citizens] seems less likely to become a reality than was the case with his Right Wing mirror-image forerunner in Europe some decades back.

Heaven forbid that a political party would or would not prostitute themselves for political gain. The Greens party, in small measure and in particular electorates, is hot property. Both Labor and Liberals (and even Nationals) are cruising the streets propositioning ALL the talent. And boy do they need some. What should a poor (Green) boy/girl do?

If the two major parties want to sit in the political centre, perhaps they need to get out of each other’s lap. No more holding hands, time for the political gamble. It’s pretty simple really. Labor stinks of coal, Liberals stink of loathing for renewables and Nationals just stink. Whoever gets the Greens gets government.

If Liberal voters choose to independently or based on a HTV preference the Greens, I have no problem with that at all, surely that’s a good thing. Liberal votes aren’t ‘dirty’, and the more of them we can claw over to progressive candidates the better.

Shorten is cranky because up until now his own party has been enjoying the Liberal preferences.

Bill Shorten is just embarrassing himself with these comments. If he wants the support of Green voters he’ll have to do better than intellectually dishonest attacks like this.

If the greens do a deal with the LNP then that is the end of any support for this party.