Gyngell exits Nine. And other media tidbits of the day.

Marks steps up. The Nine Entertainment Co confirmed this morning that CEO David Gyngell is stepping down immediately and will be replaced by board member and former Nine executive, Hugh Marks. Gyngell will remain a director of Nine Entertainment. Gyngell has been CEO of Nine since 2007 — his second go at the top job after he quit in 2005 in protest at interference and second-guessing by James Packer and John Alexander, who was then a key adviser to Packer (and is now a non-executive director of Seven West Media and executive deputy chair of Crown Resorts). — Glenn Dyer

Riley on the couch. Before the year is out, Insiders will host a commercial TV journalist as part of its panel, as Channel Seven’s political correspondent Mark Riley agrees to join the panellists on the second-to-last episode of the year.

It’s the first for the program, which has tended to draw on people from the newspaper groups and the ABC, host Barrie Cassidy told TV blog TV Tonight.

Asked why people from commercial TV hadn’t been invited on before, and what prompted the change, Cassidy told Crikey there’d never been any policy against having commercial TV journalists on the panel, it just hadn’t worked out in the past. “When we first started out every network had something going on a Sunday morning and so we presumed they wouldn’t want to get involved with us,” Cassidy said. “Now that is no longer the case.”

“We would have taken Laurie Oakes anytime in the last 14 years,” he added. “We live in hope.”

Oakes is appearing on Insiders next week, but not in a panellist capacity — he’s Mike Bowers’ guest on the Talking Pictures segment. — Myriam Robin

Reform child protection laws: McCabe. If Luke Batty had been killed in New South Wales, the media wouldn’t have been able to identify him, Australian Women’s Weekly editor Helen McCabe said during the 20th Andrew Olle Lecture in Sydney on Friday.

“My contention is that some legislation, and a culture of suppression orders designed to protect our children, is doing more harm than good …

“So if Luke Batty had died in NSW, we could not publish his name or photograph. We could not name Rosie Batty.

“Look, I don’t have the answers. And I am all for protecting children who are already victims, but the NSW laws, in particular, are crazy.

“Pixelated faces and redacted names are significant barriers to storytelling.”

Singh, the same tune. The weak performance of News Corp’s news and information business in Australia, even after ignoring the impact of the stronger greenback, means the axes are being sharpened and aimed. News chief bean-counter Bedi Singh let the proverbial cat out of the bag in a comment at Friday’s analysts’ briefing. “We are actively examining cost structures at News Australia and looking at operational efficiencies,” Singh told analysts. We know a small example of this is the cancellation of company-financed Christmas parties (that big shindig for the 25th birthday for the Herald Sun looks like being the last of its kind).

Fairfax also said last week its metro and local papers had seen a sharp fall in revenue in the first 16 weeks of the 2015-16 financial year. Hence the story in this morning’s media section in the Oz suggesting that News and Fairfax may look again at sharing printing facilities, a move that will need ACCC approval.

The full quarterly report from News filed with the US Securities and Exchange Commission on Saturday morning, our time, reveals that News Corp Australia was the black hole in the group’s news and information businesses around the world — more so than the UK, where The Sun has also been hit by a slide in ad revenues and the drop in the value of the Aussie dollar against the greenback.

“Revenues at the Australian newspapers for the three months ended September 30, 2015 decreased 26% compared to the corresponding period of fiscal 2015, with the impact of foreign currency fluctuations of the U.S. dollar against the Australian dollar resulting in a revenue decrease of $87 million, or 20%.”

No wonder the company is growing into digital real estate in the US and Asia and not dead trees.

In Friday’s briefing with analysts, News CEO Robert Thomson was asked whether he had considered spinning the news and information business out again (as News Corp itself was spun off from 21st Century Fox in June, 2013), on its own. He said no, because the company would be well placed to benefit when the ad market problems sorted themselves out. But that question is one that will have to be asked every quarter, especially if News gets its hands on all of Foxtel. — Glenn Dyer

O’Brien out. Veteran ABC journo Kerry O’Brien has announced he is leaving his current role as host of Four Corners at the end of the season, a position he has held since stepping down from hosting 7.30 five years ago.

It’s not retirement, O’Brien said in a statement. “It’s taken me this long to write my first book so I figure I’d better start now if I want to complete a second. I also have other ideas, which may offer the opportunity to work again with the ABC.”

The ABC celebrated O’Brien’s tenure by trawling through the archives, sending journalists this photo comparison of a young and current O’Brien … 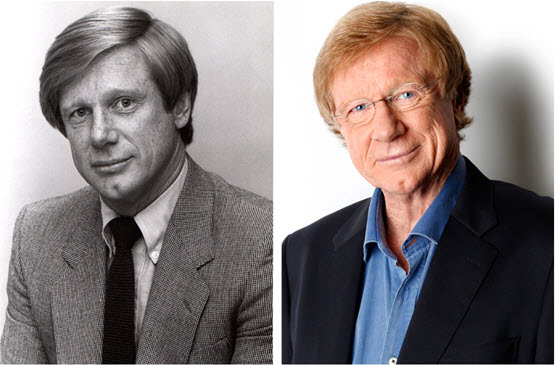 There was also this video … 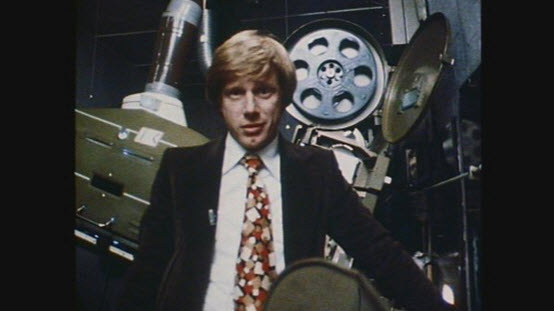 Quote from above article: “Revenues at the Australian newspapers for the three months ended September 30, 2015 decreased 26% compared to the corresponding period of fiscal 2015”. Now that is good news for all thinking Australians, may it continue year after year.

I hope Malcolm Turnbull is not being approached by the NewsCrap organisation for tax payer funded corporate welfare.

Bill, as a Crikey subscriber, do you actually expect a great deal of significant material here?