Sometimes it is better for a director to withdraw from a board battle rather than risk humiliating defeat. 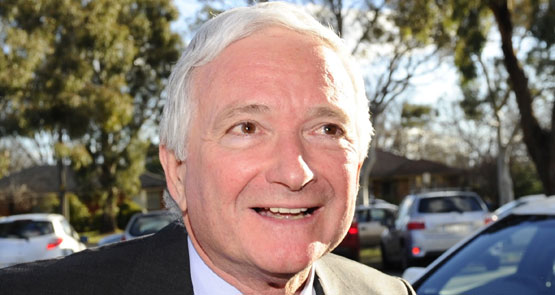 After predicting last week in Crikey that the forthcoming Bradken AGM would be one of the five most interesting to watch during the balance of the corporate AGM season, we got some serious drama on Friday afternoon when the two directors seeking re-election at tomorrow’s AGM suddenly resigned.

While it wasn’t as bad at the Trade Union Royal Commission press statement on Bill Shorten at 8.17pm on Friday night, Bradken’s 3.48pm statement was designed to miss the Saturday papers, although The Australian’s John Durie picked up the story.

It has been a tumultuous time for the engineering and mining services company, and outgoing long-serving chairman Nick Greiner will face some uncomfortable moments before handing over to his successor Phil Arnall after tomorrow’s AGM in Sydney.

Bradken’s Eileen Doyle and Peter Richards are just the latest ASX directors who have resigned rather than face the ignominy of formal defeat.

Twelve months ago, as Crikey noted at the time, Cabcharge director Rodney Gilmour did precisely the same thing and the proxy votes defeating him have still never been released.

It is one thing to retire before the AGM, as former Newcrest and Orica CEO Ian Smith did a few months before this year’s Transurban AGM, knowing full well that his gender record was potentially going to cause an embarrassing protest vote.

There was nothing in Friday’s Bradken announcement that admitted the truth of the situation — that the proxy votes were against Doyle and Richards.

Here is a list of other examples of directors who resigned just before an AGM to avoid the formality and ignominy of removal from a club where members average 96% in favour when seeking re-election. In every case, the official statement failed to explain the real reason for the resignation.

Meanwhile, here are the remarkably few examples of 10 actual defeats of directors from ASX 200 boards over the past 15 years:

Mayne: could AMP have made any more mistakes?