Advocates for various forms of assisted dying and euthanasia thrash it out ahead of Q&A special. 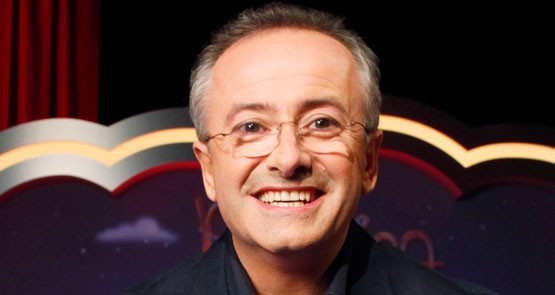 Ahead of a special assisted-death episode of Q&A, advocate Andrew Denton has defended his view of the importance of doctors in assisted suicide.

Dr Fiona Stewart, the executive director of Exit International — a group that believes doctors don’t need to perform a key role in euthanasia — wrote an op-ed in Fairfax outlets this week claiming Denton had “fallen for the spin of the medical profession” that doctors needed to be involved in the process of assisted dying. Her article was based on Denton’s discussions with Melbourne doctor Rodney Syme, an advocate who Stewart claimed was a Toorak neighbour of Denton’s — Denton says Syme was a neighbour of his father’s.

Last month, after eight months of research, Andrew Denton delivered the Di Gribble Argument in Melbourne at the Wheeler Centre arguing the case for assisted death. Denton became an advocate for the cause after witnessing the slow death of his father at the age of 67, some 18 years ago. For his research, Denton spoke to groups both for and against assisted death, and visited three places where assisted suicide has been legalised: Oregon, Belgium and the Netherlands.

Denton argued that, in Australia, voluntary assisted dying should be legalised and patients given the medication to administer themselves, unless they are physically incapable of doing so, in which case a doctor can give the lethal injection. In Denton’s view, the entry point to being allowed medication would be “unbearable and untreatable suffering”, and to make the request the patient must be a competent adult and make the request orally and in writing, with a second request a minimum of 30 days after the first.

Two independent doctors and one specialist would have to agree to the request after discussing all alternatives, and there would be an opt-out clause for doctors and nurses who didn’t want to participate.

Denton told Crikey he had sympathies with Exit International’s position, but his argument was about how a law for assisted dying would work in Australia.

“Unlike [Exit International], I don’t have a deep antagonism towards doctors. I think there are many out there who are dealing with this ethical dilemma and trying to find a way to treat their patients well and the end of their life. Most people who want to access this law are going to be seriously ill and they’re going to be dying. Doctors are going to be part of that, you can’t just say doctors shouldn’t be involved,” he said.

Doctors often aren’t there at the point of death in Oregon, he said, but doctors are involved in the process of dying.

“In an ideal world under this law, medical care, and palliative care is part of the treatment you get in your dying days until that moment until the medication you are legally prescribed, you choose to take it. It’s how our society functions. If we are expecting the state to come up with laws — which I believe we should do — to help people die more quickly which involves the prescription of life-ending medication, then of course doctors should be in the centre of that.”

During his research Denton faced resistance from medical groups, including the Australian Medical Association, to discuss the topic.

“The AMA wouldn’t respond at all, either verbally or in writing,” he said.

“The truth is, unless the doctors stop saying no, the politicians will never say yes. I’ve realised that is the fundamental truth behind what is happening in this country: the leadership of our medical organisation are for whatever reasons are not allowing an open and transparent debate, not just within their members … but to allow their patients to speak as well, and allow doctors from overseas to speak to them.”

Denton said there had been “way too much acceptance” of “discredited and slanted information” on how the laws operate in other countries.

Stewart’s husband, voluntary euthanasia advocate Dr Philip Nitschke, agreed last month to not encourage suicide in order to keep his medical licence in the Northern Territory. Denton said Nitschke’s treatment was “appalling” and it was a question of freedom of speech in Australia.

Since the speech, Denton said he expected a heated response, but he has been getting personal messages in support. One email Denton received last week was from a man in his late 30s watching his wife die in hospital on her 10th day of no food and water.

Denton will continue the discussion tonight in a special episode of Q&A featuring Syme and a number of other doctors and palliative care specialists.

*Crikey‘s publisher, Eric Beecher, is chairman of the Wheeler Centre.

Having watched the painful intellectual deterioration of Q. & A. for decades now, perhaps Andrew should concentrate on the question of euthanasia for Q. & A. itself, although there’s a strong case that it shouldn’t be of the voluntary variety, because they’re one patient who won’t accept it willingly.

Again…what do the views of a TV interviewer have to do with a news topic.

Here we go again in the practice of post 1985 ‘modern’ journalism where the vertical pronoun supersedes the reported facts.

And what is your opinion on the main issue at hand Kevin?

Kevin – hope you watched Q&A tonight. You might have learned a thing or two!
IMHO people are entitled to agree or disagree with euthanasia FOR THEMSELVES. But they do not have the right to deny that choice to anyone else.
As far as doctors and nurses are concerned, they should have the right to opt in or out of assisted dying. But those who decide to opt out should not be making the decision for those who want to opt in.
What are medical associations like the AMA afraid of?

CML: the AMA etc are afraid of doctors being sued, or being charged with murder.