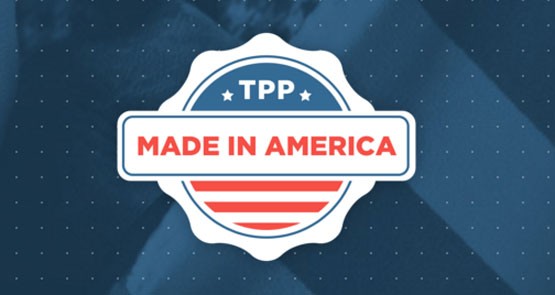 The New Zealand government has beaten everyone else to the punch publishing the text of the Trans-Pacific Partnership agreement a month after it was finalised by the 12 nations party to the deal.

The agreement — bringing together Australia, the US, Canada, Japan, Malaysia, Mexico, Peru, Vietnam, Brunei, Chile, New Zealand and Singapore — is comprised of 30 chapters covering numerous sectors of the economy, but the text of the agreement was not made public owing to the need for translations of the documents to be made. New Zealand overnight has published the text of all 30 chapters of the agreement on its trade website.

It has subsequently been released by other countries, including the United States, which has a logo that would probably cause the other party countries to raise an eyebrow (the TPP is “made in America” boasts the logo).

The text of the agreement will be pored over by media, industry groups, and opposition politicians over the coming weeks. Labor — just weeks after eventually agreeing to support the China-Australia free-trade agreement — is not saying whether it supports the TPP agreement yet, owing to the need to actually read the document first.

The most controversial chapter on investment, and investor-state dispute settlement (ISDS) clauses will be the one grabbing the most attention initially. ISDS allows transnational companies to sue governments for policies that end up costing the companies money — such as Australia’s plain packaging laws for tobacco products.

ISDS was left out of the Howard-era US free-trade agreement, but it has made its way into the TPP. Sean Flynn, the associate director of the Program on Information Justice and Intellectual Property, today stated that the ISDS clauses actually expand rights of companies to sue governments, particularly around intellectual property. He said any time a court invalidates a wrongfully granted patent, or IP right, then the affected company could take the case to arbitration:

“The new language would also make clear that private companies are empowered by the treaty to challenge limitations and exceptions like the US fair use doctrine, or individual applications of it. Adoption of this set of rules in the largest regional trade agreement of its kind would upset the international intellectual property legal system and should be subject to the most rigorous and open debate in every country where it is being considered.”

The intellectual property chapter itself seems to be almost identical — minus formatting changes — to the WikiLeaks document published last month. As Crikey has previously reported, due to recent passing of piracy site-blocking laws, Australia will not need to amend its law to comply with the IP chapter. But, in conjunction with the ISDS provisions, there is concern that if Australia looked to overhaul its Copyright Act and potentially introduce a “fair use” exception for copyright infringement, this could potentially be challenged using the TPP.

The electronic commerce chapter will make it difficult for Australia to maintain data sovereignty, that is keeping data about Australians stored in Australia. The chapter says that any signing party shall not require people to keep computing facilities in the same territory in which it is operating. This means that companies like Amazon, Microsoft and any other numerous cloud service providers will not need to keep private information on Australians within Australia, if the government decided to make that a requirement. The chapter also contains a provision to prevent governments from forcing private companies to hand over their source code for applications to the government.

The chapter on the environment, while talking about environmental protection, the ozone layer, a transition to low emissions, and cooperation on renewable energies, does not mention the term “climate change”.

Crikey will be having a deeper look at the text of the agreement over the next few weeks.

Can’t wait for your take on the new rules regarding overseas workers coming here. Also, the professional standards tests they have to meet, and what wages must be paid.
So far, the whole thing sounds like a free-for-all, which will just add to the pressures on Oz citizens. Have we learnt nothing from the 457 visa stuff-up?

Gobsmacking! I automatically thought that logo was a piece of “Department of Australia” handcrafted, artisanal satire – he certainly couldn’t improve on it. I just hope it goes viral across all the signatory nations, with the clear message that no, it is NOT satire, but what the Americans really think. And, of course, it is the plain truth, not some Andrew Robb rose-coloured glasses version.

If this Sovereignty Abolition Bill is passed by Parliament it will be with the complcity of Labor.
If the population does not throw the whole load of Quislings out at the next (s)election (assuming there IS another) then thyey will deserve the consequences.
I’ve never been so glad to be so old.

TTP has not been totally released, many important side letters by countries for end bargaining have yet to be released, they should have been released with TTP, but have been withheld until a later date. What are they hiding ?