The Labor Herald has lost its founding editor in just four months. But from what Crikey hears, no one is really that surprised. 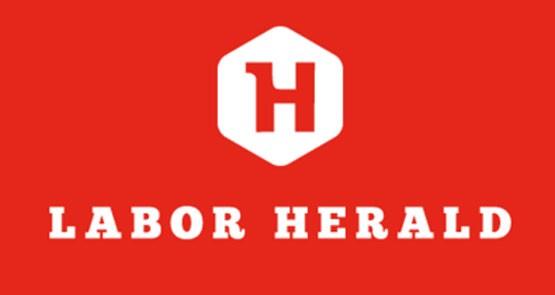 The Labor Party’s attempts to create its own news source has hit some early turbulence, with the Labor Herald losing founding editor Alex Brooks only four months after its launch.

Crikey wasn’t able to speak to Brooks yesterday — she’s already started her new job and was busy when we called. But Brooks, the former editor of News Corp’s Kidspot website, told Mumbrella that while the Labor Herald was “a great project to get off the ground”, joining online survey company Pureprofile was just “too exciting” an opportunity to pass up.

It’s understood Brooks signalled her intention to leave the Labor Herald almost a month ago. Although her departure was far from sudden, and Crikey understands she left on good terms, we’ve also heard rumblings that the early months of the website’s operation have been bumpy.

Brooks had had no formal involvement or affiliation with the Labor Party before being appointed to the position in April of this year (a job ad was posted in May 2014 but remained unfilled for 11 months). According to the story being told in Labor circles, Brooks had believed she would be given a measure of autonomy with the site but found the hyper-partisan nature of the Labor Party media unit confronting.

There were practical complications, too. Crikey has been told of several instances in which MPs had op-ed pieces lined up to run in the mainstream press for republication in the Labor Herald, but the Labor Herald jumped the gun and spoiled a major media outlet’s exclusive. While there is undoubtedly a long-term benefit to the Labor Party in controlling messaging through a publication it owns and runs, in the short term, politicians were unwilling to jeopardise their relationships with mainstream publications to get it off the ground.

The site’s strategy has, so far, failed to deliver large numbers of readers, with the Labor Herald‘s traffic approximated to be fewer than 2000 unique visitors a day.

The Labor Herald was the brainchild of Labor national secretary George Wright.“I believe it’s really important that we do this. We need our own news and we need a place where we can hear each other’s views,” he said in an email to Labor Party members when the Labor Herald was announced. The idea had precedents — the Labor Party and its various factions and sub-groupings have operated newspapers in the past, with varying levels of credibility.

But the Labor Herald was widely ridiculed by the rest of the media and struggled to get off the ground, with more than a year passing between the announcement in April 2014 and its eventual launch. When it did get up and running, the press gallery committee refused to allow entry into the press gallery for its editorial staff, arguing that its declaration of itself as an “openly biased” news outlet amounted to an admission of working for the ALP. And while the Labor Herald was launched at the Labor National Conference by no less a figure than Bill Shorten himself, there remains a lot of scepticism about it in parliamentary ranks.

One unknown is what the Labor Herald will do if and when the Labor Party has a leadership contest. Others grumble about the cost — even though the Labor Party has done little to fund the Herald, forcing it to crowdfund much of its starting capital, any expense at all is begrudged in some quarters. While it’s not clear what will happen to the Herald now — whether it will recruit another editor or keep ticking over with assistant editor Ross Caldwell — many within the federal Labor Party wouldn’t be sad to see it go.

If you read the comments left by readers, including myself, you will find many negative comments. I did not see much point in asking for feedback, but no one taking any notice. I have been a Labor voter all my life, but at the moment I am not very impressed. They are almost the same as the NLP.

What do we need a Labor Herald for? another right wing ideology, Oh dear pardon me if i am a cynic, we have News Corp. The labor party is the worst of the worst when it comes to politicians being self flagellate, the so called working class or lower class is only little more that shit to them, same as any up-rite conservative thinker, i wouldn’t wipe my back side on it, hard to do with a laptop.

You say, “The site’s strategy has, so far, failed to deliver large numbers of readers, with the Labor Herald’s traffic approximated to be fewer than 2000 unique visitors a day.”
If that’s the sort of basis on which one is removed, how well has Bill Shorten performed in delivering voters to the ALP?

I am surprised that there were 2,000 visitors in toto. Of all the dumb, not to say counterproductive, ideas that an incestuous circle jerk could come up with, this has to be the worst.
Imagine a really mould breaking idea or proposal being published – ha!