The tide of public opinion is turning against pokies in Tasmania. And MONA's David Walsh looks set yet again to come up trumps. Economist and accountant John Lawrence explains. 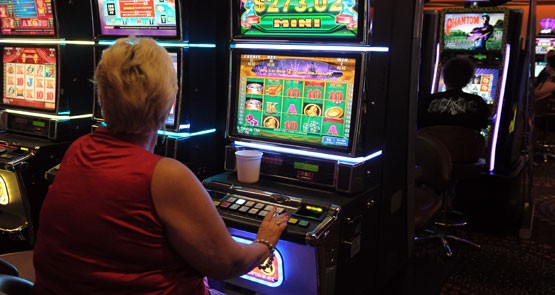 Could the unthinkable be happening?

One of Tasmania’s privileged insiders, the Federal Hotel Group, is encountering an unexpected public backlash against its monopoly gaming licences, raising the possibility the sun could be setting on the backroom deal-making days that have been a feature of life in the Apple Isle for over 40 years.

The issue brought the spotlight to Federal Hotels, owned and operated by the $480 million Rich List Farrell family, and the aborted attempt by David Walsh to add a casino to a proposed high-end hotel adjacent the Museum of Old and New Art, which has become one of Hobart’s tourist magnets.

It was intended to be an exclusive casino for high-rollers from interstate and overseas, but Federal Hotels had an exclusive licence covering table gaming, poker machines and Keno until 2023 throughout Tasmania. Five years’ notice of any changes is required, which can only be given in 2018 at the earliest.

Walsh, an inveterate and passionate gambler, loathes pokies as much as he loves a punt and wasn’t prepared to be responsible in any way for extending Federal Hotels exclusivity. He withdrew his application for a casino license but made it plain he would proceed to build the necessary building regardless. In the hope that things may change.

At this point the negotiations between Federal, Walsh and the government became public when David Walsh blogged what was happening.

Federal Hotel boss Greg Farrell then came out with what has to be one of the most self-defeating media releases ever when he suggested $100 million of upgrades planned for his two casinos, in Hobart and Launceston, plus a new high-class hotel at Port Arthur that had been on the drawing board for 10 years, would not go ahead without the certainty of an extension to its poker machine licence.

The media statement stopped everyone in their tracks. Did we hear correctly? Is this guy serious?

Here was a group that negotiated a secret deal with the Bacon/Lennon government in 2003 for a 20-year exclusive licence to own and operate poker machines in the state’s pubs and clubs, with the only consideration being it had to spend $25 million on a new 150-room hotel at Coles Bay on the East Coast, once again offering to spend some of the windfall gains on tourism assets.

The hotel promised in 2003 ended up as a 25-room luxury resort built five years late.

The value of the licence is arguably worth about $15 million a year. The government was prepared to forgo this amount with a special deal because the group was considered a reliable operator and its businesses had brought benefits to Tasmania ever since Australia’s first casino licence was granted in 1972. Furthermore, the government argued that a cap on machine numbers had been an agreed offset with social benefits and an exclusive monopoly would lessen the amount of advertising that might otherwise tempt vulnerable customers to part with too much of their hard-earned.

It was an astonishing deal.

The forceful Bacon/Lennon duo won the PR war assuring Tasmanians that the deal would enable the Federal Group to expand its regional tourism, increase employment and act as a marketer for the state, which would have spillover benefits for the entire industry.

The deal has failed to deliver as promised.

Over the last 10 years shareholders have taken 70% of after-tax profits as dividends, an extraordinarily high amount for a capital-hungry business supposedly in a growth stage.

Depreciation allowances exceeding after-tax profits swelled the group’s  cash coffers, but instead of being spent on developing tourism assets, the purchase of an existing bottle shop chain and other pokie pubs from third parties, located in demographically suitable areas crammed with the maximum permissible number of poker machines, took precedence.

The regional tourism businesses at Freycinet, Cradle Mountain and Strahan have recently been sold as the group has predominantly retreated to the major cities, notably Hobart, where accommodation is booming, ironically due largely to the success of David Walsh’s MONA.

The Federal Group has predominantly enjoyed the full support of both major parties together with the fierce unswerving backing from industry lobbyists. Back in 2008 then-opposition leader (now Premier) Will Hodgman dared to question the transparency of the government’s dealings with the Federal Group and was roundly criticised from every quarter.

Today the climate is different.

In the past, blaming Greens for being anti-development helped garner support for controversial projects. But more operators are eyeing off accommodation opportunities in Hobart. An exclusive licence to Federal Hotels gives them an unfair advantage. The industry has toned down its fulsome support. News Corp’s The Mercury is actively questioning what’s happening, and the ABC has taken a keen interest. Independent MP Andrew Wilkie has helped remove an element of partisanship with his anti-pokie stand.

Federal Hotels has withdrawn to the shadows.

The opportunity now exists for Hodgman to “do a Turnbull”, take a new policy direction, abandon the old “special deals for mates” approach, reform the poker machine industry and loosen the chokehold on addicted players.

It’s interesting to note that Federal Group has been a major political donor to both the Liberal and Labor parties in Tasmania. $45,000 in 2013-14 and over $50,000 in 2009-10. Surprising that this has failed to rate a mention during the recent coverage by the ABC and other mainstream media. Small beer, I suppose, in the billion dollar gambling industry. Such contributions by a gaming company would probably be illegal in Victoria – unless they were laundered in the usual ways.

While the deal might be secret, one should question if a (much) later parliament’s sovereignty has been so so compromised as to prevent good policy overriding bad business deals.