NSW Premier Mike Baird will struggle to patch up growing cracks in the relationship between two of ICAC's most senior staff. 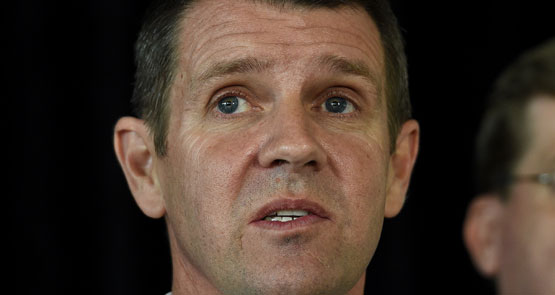 David Levine QC, inspector of the Independent Commission Against Corruption, has revealed in his annual report to state Parliament that relations with Megan Latham, the ICAC Commissioner, have broken down.

But Levine has not finished yet. At the end of this month, he will deliver a report to Premier Mike Baird giving further and better particulars of his objections to the way Latham’s ICAC is conducting itself.

Levine and Latham are former Supreme Court judges, and both are distinguished QCs. But that’s where the similarities end.

Baird cannot patch up their dispute, and he is now facing the quandary once attributed to Oscar Wilde: “This wallpaper is dreadful, one of us will have to go.”

Will it be inspector Levine or commissioner Latham?

If it is to be Levine, he isn’t going quietly. In his annual report to MPs, Levine was scathing:

“If the ICAC is to perform its serious work seriously, it must be taken seriously.

“It must not be perceived as an institution culturally projecting an almost breathtaking arrogance in relation to its powers, in relation to the people with whom it is dealing, in relation to other institutions of governance of the State not least the Parliament in which the ICAC itself is accountable and to the judicial system.”

He characterised his relationship with Latham’s ICAC as “hauteur on the part of the ICAC towards myself, the Parliament” and members of the public.

His 2013-14 annual report concluded with the rosy flourish: “I am confident that in the year 2014-2015 a more settled relationship would have been established between the Inspectorate and the Commission.”

But in the current report, he concluded: “It is, alas, fair to say, that the optimism reflected in that sentence in the end was misplaced.”

Relations must have shifted from frosty to icy because, elsewhere in his latest report, Levine noted:

“There have been no meetings between the Inspector and the Commissioner or any other ICAC executive or senior officer during the reporting period. I decline to make any prognostications as to the year 2015-2016.”

At the centre of all the wrangling between Levine and Latham is deputy senior crown prosecutor Margaret Cunneen SC.

Despite relentless efforts by the ICAC to hold a public inquiry into allegations that Cunneen perverted the course of justice by giving advice on how to avoid a roadside breath test, Cunneen has maintained her innocence and successfully defended herself.

Although she won a stunning victory against the ICAC in the High Court of Australia in April, warfare has only intensified with pro- and anti-Cunneen factions forming in the judiciary, the Bar, NSW Parliament and the media. At any social gathering of the Sydney glitterati it is difficult to avoid being accosted and asked: “Well, are you for Cunneen or against?”

Cunneen has become the pin-up girl of The Australian’s Chris Merritt, Sky TV’s Graham “Richo” Richardson and The Daily Telegraph’s Miranda Devine. Observers have reached the droll conclusion that if the ICAC shared its “leaks” with News Corp instead of giving them exclusively to Fairfax, a large part of the problem might go away.

Unfortunately, their pro-Cunneen agenda has been hijacked by a gaggle of Macquarie Street politicians, namely right-wing Liberal and National Party elements who want to curb the ICAC’s powers and turn it into a toothless watchdog. Amusingly, most of them are from hardline Christian factions.

Superficially, the battle is between Levine and Latham, and Latham and Cunneen. In reality, vested private mining and pro-developer interests are doing their level best to end the ICAC’s role as the nation’s best instrument for fighting public corruption.

Levine’s last meeting with Baird and his policy adviser Tom Payten was on May 7 when they discussed the implications of the High Court’s judgment in support of Cunneen. That was also the meeting at which Levine agreed to provide a complete legal opinion on the Cunneen/ICAC affair due to be delivered in three weeks.

Baird has kept the ICAC under the control of the Premier’s Department, and he will have the final say over its management and future role. No wonder the pollies of Macquarie Street and the legal eagles of Phillip Street are waiting with bated breath. 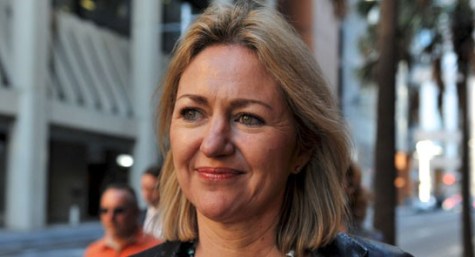 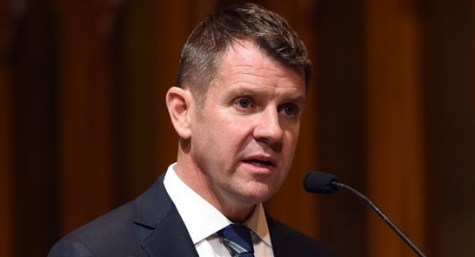 This is a classic example of those given enormous unfettered power stuffing up all by themselves through misusing it. At best, the conservative right are taking an opportunity delivered gift wrapped to them by ICAC itself.

Without knowing – or wishing to know the details – It is quite safe to assume that the real cause of the trouble is an example of several concurrent ego-trippers.

Baird should be very careful. The “glitterati” may have sides but the general public are very supportive of the ICAC.

I’m with Cunneen. The HCA has ruled (no legalese) ICAC overstepped its remit in going after Cunneen…

Instead of people whinging and whining that:

…their pro-Cunneen agenda has been hijacked by a gaggle of Macquarie Street politicians, namely right-wing Liberal and National Party elements who want to curb the ICAC’s powers and turn it into a toothless watchdog.

…it is logically incumbent on the NSW government to enact legislation to expand the remit of ICAC if it wants to avoid future HCA smacking down of ICAC on the rampage. It’s more a political problem than a legal one IMO and until Baird does so enact, (or not) the Legal Eagles will remain at loggerheads.

That was also the meeting at which Levine agreed to provide a complete legal opinion on the Cunneen/ICAC affair due to be delivered in three weeks.

That legal opinion? In a nutshell, clip Latham’s wings by not enacting legislation or enact and allow Latham to exercise a little more “hauteur” with power to reenact future ‘Cunneen’ cases.

There has to be a limit on ICAC powers, that the sometimes toxic right wants ICAC clipped is not by itself a justification for not clipping.