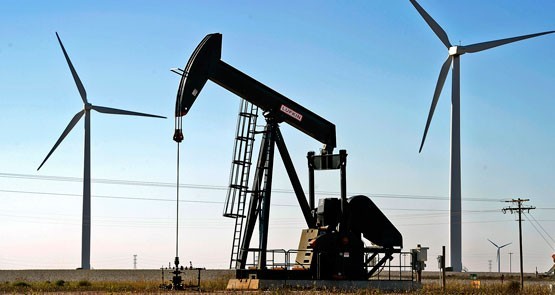 While only a minority of Coalition voters believe climate change is human-induced, even the most sceptical want action to combat it, the CSIRO has reported.

As Crikey reported yesterday, just 28% of Liberal voters and 22% of Nationals voters believe climate change is human-induced, according to a report released by Australia’s peak scientific agency, CSIRO. This news was reported in multiple outlets somewhat direly as “most Coalition voters” not believing in human-induced climate change. But beyond the headlines, the report finds that most Australians still want something done about climate change.

CSIRO researcher Iain Walker told Crikey that overall there was “strong support for a range of actions”. The biggest was backing investment in renewable energy sources, and public transport, followed by banning development in floodplain or coastal areas. The only mildly opposed measures were government investment in nuclear power, and increased government aid for overseas countries to deal with the impacts of climate change. But Walker was quick to point out that often when surveys are taken, respondents are inclined to want the government to do something.

“An import point to note, though, is that it is common in surveys for people to indicate that they expect government to take action, no matter what the issue being asked about,” Walker said.

“Even the lowest scoring group — those who claim climate change is not happening — still produced an average score that was above the index midpoint, indicating that there is broad support for a range of adaptation actions regardless of opinion about climate change,” Walker said.

Walker said that these figures highlighted the complexity of the understanding of climate change in the population.

By gauging for the percentage of climate change attributable to humans, the CSIRO was able to account for a broader range of responses on climate change, such as climate change being natural and being accelerated due to human impact.

Essential this week reported that among Coalition voters, just 15% said that world leaders did not need to act to prevent the world’s population from being impacted by climate change. It was still more than either Labor or Greens voters, but the overwhelming majority of Coalition voters support global action on climate change.

Don’t tel Andrew Bolt Josh!. Under the heading ‘More Ajussies are cool on warming’ Bolt writes: IT’S a miracle. Most Australians are now global warming sceptics, despite years of being misled by the media.
He goes on ‘A CSIRO survey of more than 5000 people has confirmed it, even though warmist reporters tried to spin it’ and then blatantly twists the figures himself!

The good thing is, even the readers of the Daily Smelly are tuning on him, as does this reader in his coment: tell you what Andrew. When you and your shock jock mates manage to land a piece of metal on Mars safely and get it to take pictures to send back to Earth, I’ll take your word for it on this whole climate change debate. Until then, I’m going to keep listening to the good people over at NASA. Cheers.

It is stretching beyond the evidence to say that voters oppose “government investment in nuclear power”. According to the table, they were instead asked to approve or disapprove “Government investment in the development of nuclear power stations”. Such research and development is indeed enormously expensive and must inevitably attract voter disapproval.

On the contrary, maximum approval was given to the proposal of “increased government investment in renewable energy sources”. In the context of climate change, “renewable energy” refers to anything that does not emit fossil carbon. Arguably, that would be taken to include wind, geothermal and turnkey nuclear power stations.

Josh, could we have a link to the CSIRO Report, please?

[email protected] – Blot was even more mendacious during his nightly tongue bath with the Poison Dwarf on 2GB.
He even had to gall to repeat his “no warming for 18 years” crap.
As usual, the crazies rang in to thank him for his courage though, as usual, they couldn’t trust even their own followers not to explode the stupidity meter and had to keep cutting them off.
One was certain that the Martian climate is also changing “so there!” … I think (he clearly didn’t).

The graph is difficult to read!