Was the Russian Metrojet plane brought down by a missile? And if so, should its operator have known better than to fly that route?

Germany has now told its airlines to avoid all Sinai airspace and Egypt has closed the area near the scene of the crash of a Russian holiday charter Metrojet flight on Saturday that killed all 224 people on board.

Qantas is understood to be reviewing its options should all its Middle East air routes between Dubai and London be closed, although such a risk to its operations appears very low at the moment.

A warning to airlines overflying Sinai that specifically suggested terrorists could be in possession of missiles was ignored. That warning said it was unsafe to fly over the peninsula at lower than 26,000 feet.

The inadequacy of altitude limits over disputed territory in which missiles are present was highlighted by the Dutch Safety Board report of October 13 into the shooting down of Malaysia Airlines flight MH17 over eastern Ukraine on July 17, 2014, killing all 298 people on board.

Fears that a ground-based terrorist missile struck the Metrojet flight 9268 about 23 minutes after it took off from Sharm el-Sheikh for St Petersburg have gained momentum, although there is no convincing publicly disclosed evidence that this is the cause of the disaster.

The company that operated the Metrojet flight has already given a bellicose media conference insisting that there were no maintenance issues with the jet, nor were its pilots at fault, and claiming external forces were the cause of the crash. However industry observers have pointed out that a massive and disruptive mechanical failure could also have caused the sudden upset that hit the flight at just under 31,000 feet, as reported earlier.

Photos from the Metrojet crash site show that the rudder had become detached from its housing in the tail of the A321 before it came down in Egypt’s Sinai on Saturday. This doesn’t mean that this lack of attached rudder at the crash scene is necessarily linked to the cause of the crash. But it could be very important, and it needs to be located for further detailed examination by the accident investigation being carried out by Egypt.

But doubts about the vertical stabiliser don’t fit into that aggressive narrative from the operator.

There was, soon after the crash, some evidence of strained relations between Russia’s authorities and the operator of Metrojet, with references to technical or maintenance issues being raised in interviews in Moscow-based media.

More might be heard about this. Russia hasn’t hesitated in the past to cancel the operating certificate of national carriers involved in air disasters before an investigation is completed. Aviation authorities have a right and duty under the International Civil Aviation Organisation protocols, which apply to air crash investigations, to take any immediate actions they see as necessary in the interests of public safety.

For further context, Russian safety authorities were quick to open a criminal inquiry into the crash and mentioned mechanical concerns in the narrative that accompanied that announcement.

Relations between the operator and Russian authorities have seemed prickly at times, with Metrojet insisting that its other flights would continue as normal. (It is unclear whether they did.)

The speed with which Middle East carriers, including Qantas route partner Emirates, ended their Sinai overflights was notable. Flights can, however, travel through Egyptian airspace to other destinations by following large detours.

Should future events render the northern routes across Iran unsafe Qantas and dozens of other airlines would have to consider routing services between south-east Asia and Europe across Russian airspace. Organising approvals for flight plans that would involve such transits and alternative diversion airports in China and Siberia could take considerable time. One of the options for Qantas would be to fly to London via Vancouver.

Qantas was contacted about the potential air route issues on Monday, and confirmed that Sinai overflights were a little-used alternative to the flight paths across Iran.

In general, the risk of closure of Iranian airspace is considered low, and while the safety notices concerning Sinai airspace involve a risk that was posted but disregarded a year ago, there is no proof that Metrojet 9268 was brought down by a missile. 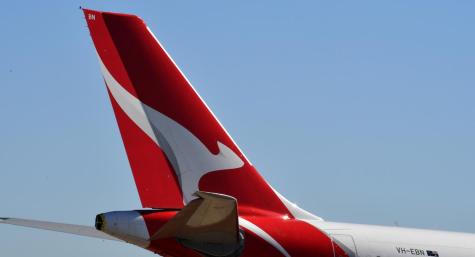