Rundle: the adventures of Freedom Boy and the Scientologists

Tim Wilson is holding a religious freedom round table -- with virtually no representation from Islam or indigenous spirituality. But the Scientologists are there. 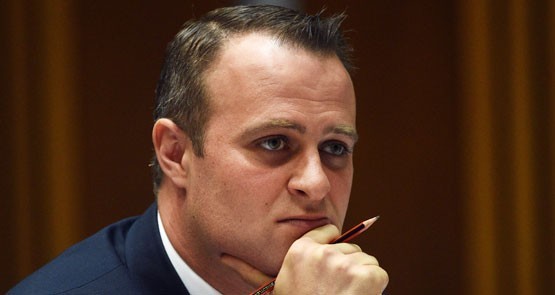 Freedom Commissioner Tim Wilson is holding a round table on freedom of religion tomorrow, which will include representatives of all the major faiths in Australia — except for Islam, which will be represented by a specific body within that religion. Speakers for indigenous spiritual and religious traditions are also absent. And the Church of Scientology will be sending a representative.

The round table will feature representatives of the Anglican church, the Catholic archdiocese of Sydney, two rabbi peak bodies, Seventh Day Adventists, Mormons, Buddhists, Sikhs, the Atheist society and the aforementioned Scientologists — but only the Australian Muslim Women’s Association. In response to questions by Crikey about whether a peak Muslim group or indigenous groups were invited, the Australian Human Rights Commission sent a standard press release and later made a more explicit response:

“The process of assessing invitations was driven by representations of beliefs on the census. It was the only fair way to ensure broad representation. Additional groups asked to attend. If someone from their faith community was already invited they were declined. If they were not they were accepted.”

Since groups such as the Bahai and Mormons are represented, and are far outnumbered by Muslims, the response makes the process of nomination no less clearer. And the AHRC refused to supply us with a list of invited groups. On the indigenous matter, the body noted: “We did not receive a request from any indigenous spiritual groups, although they would have been more than welcome to attend.” But there are no spiritual bodies, in that way — the religion remains infused in social life. The AHRC has simply reproduced the prejudice towards animist and mythical religious forms, which has bedevilled Australian history since 1788.

The discussion is part of a four-stage process that began with an invitation of submissions in September, ahead of today’s chat. It was launched with a blathersome statement of intent (“religious freedom is central to human rights … however religious freedom is not unlimited”) and an issues paper canvassing the usual suspects — same-sex couple adoption, employment restriction rights by religious downstream institutions such as Catholic hospitals, etc. This will be followed by a round table of non-faith organisations, in February next year, and a special meeting of LGBTIQ groups, whose sectional interest is apparently more worthy of distinct recognition than indigenous people, women as a group or anyone else. From this cultural bureaucratic process we will be told what our freedoms are.

So the whole thing is, in other words, exactly the sort of statist rights-mongering that groups like the IPA have been criticising vociferously for years — at least until the point at which Tim Wilson left the IPA to join the AHRC. There’s all the usual moves: the sovereign state (via one of its agencies) constitutes the public sphere, rather than vice versa, by choosing stakeholders who will have a voice. They meet behind closed doors so that these groups, which control property and capital in the billions of dollars, with tax-deductible status, can cut deals on a united front on issues such as school curricula, etc.

To defray the notion that Big Religion is simply being given a free pass to shape government policy, non-faith groups are given one day to speak their piece. Aside from Muslim and indigenous bodies, who doesn’t get to speak in this? Women’s groups, who might represent women and girls living within patriarchal “total” environments — family and school — that offer them no alternative viewpoint, bodies representing victims of systemic child abuse by organised religions. Here’s what the website says about the day:

So by its very nature, it’s a corporatist power process, privileging some to speak while others are de facto silenced. The most startling inclusion in this forum is the Church of Scientology, the group invented by science-fiction writer L. Ron Hubbard in the 1940s, who believe that humans are the material form of “thetans”, spirit creatures exiled to earth trillions of years ago who took human form — but subsequently forgot that they had done so.

This group will take its place at the stakeholder table with representatives of spiritual and religious practices tens of thousands of years old, and Christian, Muslim, Jewish, Buddhist, Hindu and other major faiths, each of which have millions of active and passively affiliated members of their congregations. On AM this morning, Wilson admitted that Scientology got in because it had lobbied him. Well, they’re good at that. And Wilson doesn’t sound particularly adept at resisting pressure.

There is of course much to discuss about the place of religion in the public square. If only we had a place to do that. Oh hang on, we do, it’s called the public square. The Australian constitution doesn’t have many enumerated freedoms, but one of them is section 116, which guarantees freedom of religion, and thus provides for an explicit and limited state forum — the High Court — where the legal meaning of such can be established. Short of that, the discussion should be in the media, social media, meetings, pubs, cafes, congregations, schools, homes — all the places where genuine freedom of thought happens, not traffic directed by Freedom Boy over tea and a plate of butternut snaps.

There’s a concrete political agenda here, of course — intentional or otherwise — which is to shore up religion as a feature of public life in a country, which is perhaps the most irreligious in the world, outside of Scandinavia. It’s reasonable to suggest that the major religions have a larger public role than Scientology, but they also exaggerate their reach. Many Australians are generally theistic in one form or another — but regular church and temple attendance is among the lowest in the world (mosque attendance is the exception). The organised religions use the census designation of religion — which offers no explicit opt-out “no religion” option — to claim a power they don’t have.

The right, including and especially socially conservative classical liberals, want to shore up the role of religion as a “buffer” of meaning against the nihilistic and culturally dissolving effects of the market. Friedrich Hayek made this explicit in The Fatal Conceit after recoiling at what happened when people practised actual freedom in the 1960s. He had not imagined that things like gender roles, parental authority, etc, would change, and so he concluded that some form of transcendent authority, state-backed if necessary, would have to be maintained for property/market freedom to be supported. This approach was what, in part, led him to back Pinochet’s CIA-backed coup in Chile in 1973.

If that’s the impetus, its another too-clever-by-half move by Tim Wilson, and this addled insurgent strategy the right appears to be pursuing with regard to the AHRC. I think the AHRC does a fantastic job taking cases of rights denied, defending individuals and turning these into more general cases. I’m less impressed with their statist determination to be an ever-expanding rights factory, budding off new rights willy-nilly, with no regard to the simple fact that the multiplication of rights simply creates such a degree of contradiction and overlap that the concept becomes meaningless.

One had hoped that Wilson, a classical liberal, would push back against that. But all he has done is to extend the remit of the AHRC to new and amorphous areas — and ones we are perfectly capable of debating and discussing in the public square. This initiative, like so many others, simply colonises the public square with a new state authority. It’s a measure of how statist Australia is, and how weak and gutless our organised classical liberals and libertarians are, that they cannot imagine fighting for their beliefs from outside the state. They have to get inside it. Wilson in the AHRC, Leyonhjelm’s state-based inquiry into the overextension of the state. Perhaps they thought the Abbott government would give them cover to do some real damage. All they’ve done is strengthen the idea among the Australian public that the state is the arena in which public life occurs. Good thing Freedom Boy has gathered a roundtable of divines tomorrow, because he’s going to need a miracle to avoid being a political laughing stock of the Abbott era, second only to the Mad Monk himself.

I just want to say that all the pop ups on this site are really really annoying. And the content is not worth the trouble. Sorry Crikey lift your game if you want people to pay for this stuff.

Seriously Guy, how can you write a piece about Tim Wilson conducting a series of ‘Religious Freedom Round-table’ discussions without mentioning his very well publicised links to Hillsong.

It might go some way to explaining his inability to include almost anyone from the Muslin religious organisations.

Not to mention his willingness to push ‘religious freedom’ over the rights of same-sex couples (including him and his partner) to marry.

Why isn’t the impact of national security being discussed?

It’ll be miraculous if anyone takes Tim from the IPA seriously..

“The organised religions use the census designation of religion — which offers no explicit opt-out “no religion” option — to claim a power they don’t have.”

Actually the census does include that option. The 2011 form is available here:

On page 6, the options for the religion question are: