Should the media have been more sceptical of one of the trade union royal commission's star witnesses? 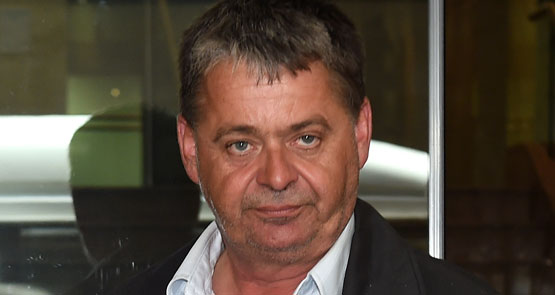 Questions regarding the credibility of a leading source of allegations against CFMEU official John Setka have complicated matters for the country’s three major media organisations, which relied heavily on his testimony.

In January 2014, Melbourne developer Andrew Zaf was in the front pages making allegations that, in the 1990s, he had been pressured to supply a free roof to then-still-rising CFMEU leader John Setka.

Zaf was the subject of a joint 7.30/Fairfax investigation spear-headed by The Age‘s Nick McKenzie, and he appeared on the front page of the Herald Sun, in a story by Carly Crawford and Stephen Drill. Setka has always denied the allegations Zaf made against him. But many in the union movement say the fact that Zaf was willing to put his name to them was a key justification for the $80 million Royal Commission into Trade Union Governance and Corruption. Less than a fortnight after Zaf went public on 7.30, then-prime minister Tony Abbott made the announcement.

In March 2014, it was reported that Zaf had been hit in the head and stabbed outside his home on a Saturday afternoon by a man who yelled “you’re dead” — it wasn’t clear who had stabbed him, but it happened after Zaf had told media he’d received threats he had reported to police over his involvement with 7.30.

Zaf has since appeared before the royal commission several times, and his testimony regarding the roofing has been examined in detail, including in the commission’s interim report. But last Thursday, new testimony by a former business associate of Zaf, Gary Cheetham, who had a falling out with Zaf in 2014, questioned Zaf’s story.

Cheetham accused Zaf of having stabbed himself as a way to “make it look like the CFMEU”. He accused Zaf of having a “huge chip on his shoulder” as he blamed Setka for his bankruptcy. “The stabbing incident on 15 March, 2015, was self-inflicted. He told me he had to bring more attention to his corruption story … He sat in his car and stabbed himself and then smeared blood over his ute’s tray to make it look like a scuffle,” Cheetham told the royal commission. In supporting evidence, a police report tendered to the commission had canvassed the possibility of “self-infliction”, and it cast doubt on Zaf’s claims of having been struck on the head.

Zaf disputes the allegation he injured himself. But the CFMEU has seized on Cheetham’s testimony. “A number of witnesses and so-called whistleblowers who were prepared to point the finger at unions during this commission should have been subjected to the same level of scrutiny as union witnesses were before they were given a platform,” said CFMEU national secretary Dave Noonan.

Many critics of the royal commission say journalists have given people with perceived agendas front-page billing for their sensational claims, while subsequent testimony undermining their credibility or the specifics of their allegations is buried.

For example, in September last year, the Victoria Police Assistant Commissioner Stephen Fontana claimed several union officers were known bikies. But under cross-examination, he backed down from this claim, saying that the person he had been thinking of might have just been a non-financial member of the CFMEU instead of one of its officials. “I got that wrong, I apologise,” he said.

ACTU-funded news website Working Life held this up as an example of all that was wrong with how the media reported on the royal commission. Some journalists have also found the coverage lacking. Commenting on the Fontana allegations, one investigative journalist told Crikey he couldn’t understand why the media didn’t lead with “senior police officer humiliated on the stand”. “That’s what you’d do if it was a normal court case,” the reporter said. Instead, much of the reporting focused on Fontana’s other allegations, about corruption and criminality being widespread in the union, even as he backed away from one of his key examples of this.

On The Drum two weeks ago, ABC investigative journalist Stephen Long wrote that too many journalists “have been willing to passively receive the narrative as laid down by the royal commission,” with specific reference to the charges brought against Johnny Lomax that were thrown out by the ACT Magistrates Court (the unions argue Lomax, an industrial organiser, did nothing wrong in pushing for an EBA for his members — Long agrees, calling the charges an example of “extraordinary overreach” by the AFP and trade union royal commission). He wrote:

“Of course, journalists will report sensational allegations from the TURC — there’d be something wrong if we didn’t. But some might say it’s a star chamber.

“Knowing this, don’t we, as journalists, owe it to the public and our craft, to treat the evidence sceptically, probe the bona fides of those airing the allegations, and form some independent narratives out of this inquiry?”

Perhaps at least some of the problems with TURC reporting are the same as those with all other court-room reporting — legal cases and police investigations are complex and contested, and it’s easy to seize on singular easy-to-understand claims and gloss over what’s more complex, whether it’s a successful and damaging cross-examination or simply the supporting arguments for an allegation of wrongdoing. Add the highly politicised nature of the commission, and things can get very messy indeed.

For journalists who’ve reported on allegations made by whistleblowers in the royal commission, the messiness can reflect on them, too.

As Zaf defended the allegations against him last Thursday, he extensively drew in Fairfax’s star investigative reporter Nick McKenzie. He said he had built up a friendship with McKenzie “over many years”. When he was attacked outside his house, Zaf said he had called McKenzie after dialing emergency services, and before he called his wife. When an associate gave Zaf six old phones, one of which he believed belonged to Setka, Zaf said McKenzie had advised him to take them to the royal commission. McKenzie told Crikey: “Whenever I spoke to Andrew, my only advice was that if he had evidence of a crime to go to police and appropriate authorities, and to always tell the truth.”

(Sir) Deysons inquiry really is a one sided affair it’s failed in its primary goal of skewering Gillard and has since only managed to unearth some low level criminality that would have been better and much more cheaply handled by the police..another addled Captains pick that should have been aborted when it became obvious that the now Unknighted one was and is an Abbott stooge..

What #turc has achieved is pretty much what Liberals and some media wanted- enough mud thrown at Shorten to make his job difficult, because they cannot start a story without telling us how unpopular he is.

Myriam from your article: ‘Many critics of the royal commission say journalists have given people with perceived agendas front-page billing for their sensational claims, while subsequent testimony undermining their credibility or the specifics of their allegations is buried’.

That’s why the MSM churnalists, stenographers, their print and electronic media products are increasingly becoming irrelevant and buyer resistance is there for all to see. For example in desperation to keep circulation numbers up giving away free NewsCrap products at service stations, airline boarding area, railway stations would testify to that.

Meanwhile, for many of us who refuse to buy and support crappy MSM and to prefer articles like yours instead; there is enjoyment in reading and knowledge that, month after month there is pain for the MSM in circulation and subscriber loss to the point that churnalist and stenographers are losing their jobs at the behest of their employers contempt for any thinking Australian.

Wasn’t Nick McKenzie, and The Age in general, part of the low rent crew who took great delight in trying to sabotage Julia Gillard’s career and Prime Ministership?

Aren’t they the ones who have editorialised, no less, that Bill Shorten should resign in shame for he has not the moral integrity to be Prime Minister? Who also blow up with bellows anything and everything that reflects poorly on him which oozes like slime out of the Trade Union Royal Commission?

As such I take what they say with a very big grain of salt.

As I will do with whatever the Elites of our so-called ‘Classless’ society serve up to us by way of ‘Findings’ from the TURC.