Media briefs: corrected not corrected … Steve Price not happy … horses all round …

Do the Australian's subeditors read their own corrections page? And other media tidbits of the day.

Locally presented without local hosts. A tipster reports “wry smiles” at the ABC, after the Oz ran a correction on page 2 about a report on ABC programming changes while repeating the error later in the same edition.

And on then page 5, there’s this story … 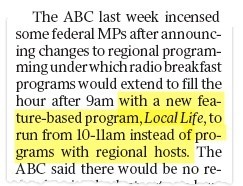 Ever wanted to see Steve Price lose his shit? Then watch this clip from last night’s The Project. Crikey contributor Irfan Yusuf was interviewed about Muslim group Hizb ut-Tahrir, and had the gall to compare the radical group to Andrew Bolt.

Perhaps comparing Bolt to Hizb ut-Tahrir hit a bit too close to home for Price, given he’s discussed similar topics with Bolt himself in the past. Here’s Bolt and Price discussing the vexed topic of Muslim integration with Liberal MP Concetta Fierravanti-Wells. Price’s contribution: “To improve their English language might be a start…” — Crikey intern Josh Ribarich 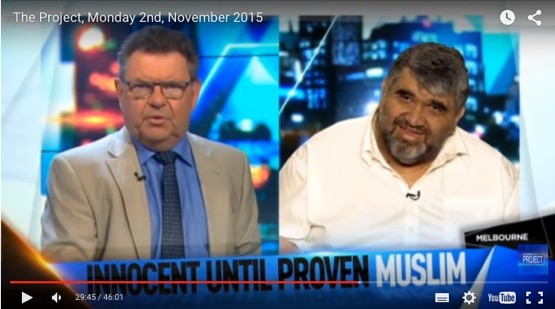 Front page of the day. The race on all the front pages … 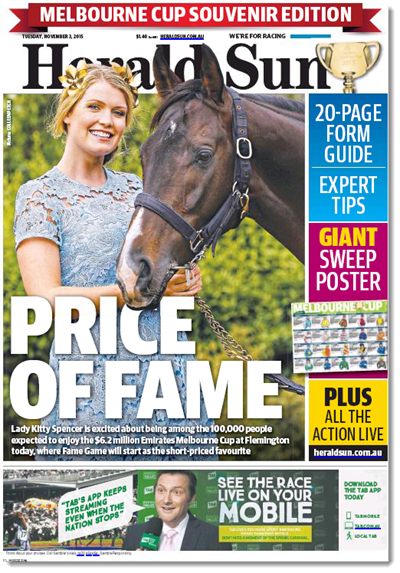 It is quite hilarious listening to Blot & the Poison Dwarf on the four nights a week mutual tongue bath.
When the morons whom they incite call in, they usually have to be cut off in mid flow because they are too utterly unhinged for the Hobbesean (nasty, brutish & short) duo.
They must be so proud.

It was Price who looked unhinged as he attacked Yusuf on the Project. What a clown!

I’d sooner never had to see Price again. Why do they put up with him?

Hats off to Irfan Yusuf!

The Price of “The Cult of Celebrity”?