What happens when highly shareable youth content creators take money from highly profitable companies and turn it into a choose-your-own-agenda getaway for Twitter’s most fabulous? 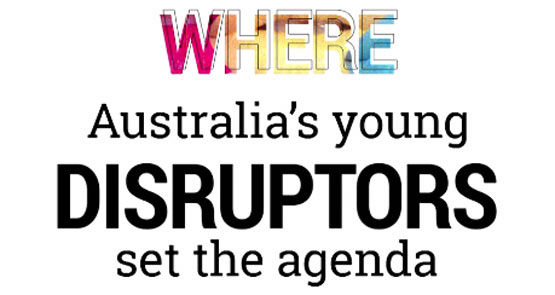 This past weekend, 200 of what were determined to be the nation’s finest young minds un-convened in Canberra for Junkee‘s Youth Junket, what a youth intruder described to me as “naive”, “generously catered” and “not entirely shit”.

The official website describes it a little more rousingly.

According to the event’s inspiring front-page animation, these delegates were charged with starting “a conversation about the future of our country”. According to the event’s sponsorship page, this conversation would be hosted by a media company and funded by the nation’s biggest airline, biggest telco and its third-biggest bank. It was to be progressive politics with corporate approval. And a goody bag.

Crikey’s embedded youngster was jarred by the conspicuous signage at this four-and-a-half-star hotel. The velvet rope, red carpet and uniformed bell hop that ushered the Leaders of Tomorrow to record their best hopes in a branded “Imaginarium” — aka a video camera in an elevator with a big Telstra sign on it — seemed at odds with the egalitarian spirit of the event. Surely, the progressive youngster has no need for a low-income servant when documenting their dreams.

And surely, says the young spy, no ease with the logos all over the shop. “It’s an uncomfortable balance that I don’t quite get”, our spy reports. “One minute, there’s so much social justicing going on, and then the next it’s ‘isn’t this free booze and corporate gift amazing?'” Instagram it, hashtag it. Save the world.

Of course, there is nothing intrinsically wrong with highly shareable youth content creators taking money from highly profitable companies and turning it into a choose-your-own-agenda getaway for Twitter’s most fabulous. There is not much that is particularly right about it, either. Particularly not when the branding exercise has been successfully sold as a sort of privatised 2020 Summit and many fine young minds begin to believe not only that a critique of regressive fiscal policy is possible in a room paid for by some of its richest beneficiaries, but also, and not unreasonably in these official-seeming surrounds, that they are influential members of the policy class.

Why should they not? Many of us suffer the delusion of empowerment.

We can’t blame the hosts entirely. Junkee, a creditable youth outlet with a smart editor, didn’t make the world this gullible on its own. That large numbers of people, both old and young, now easily permit themselves to confuse the spectacle of power with power itself is not the fault of infotainment content creators.

“The thing that has delighted me the most is that there were actionable points that came out of the sessions,” she said. Harmon, whom I have met and assessed as very upright, insists that some of the conversations, which included topics like sustainability, health, education and housing, produced outcomes.

Actually, you can read an initial precis of these results here. They’re all perfectly respectable. They’re all perfectly unsurprising. They’re all also perfectly assured of the ability to empower, chiefly through the ecstasy of communication. To be fair, there are some young people who seek to help unions become more responsive to the needs of a changing labour force and this is an actionable, if difficult, plan. This report is not complete. Perhaps it will improve. But that it makes no current mention of treaty in its section on indigenous Australia and prefers the soft language of “learning”, in this case, to the harder need for land is a bit of a worry. I mean, didn’t some kid say “what about sovereignty”?

But this time is a bit of a worry. We believe in our empowerment and we forget previous struggles for social justice and often claim we are “starting the conversation”. Even though that conversation started centuries ago. Many of us, whatever our age, are currently given to abandon memory of the past. Young people may not be talking about a central material issue like land rights in their discussion of indigenous Australia. But it’s not as though many old ones are, either.

This is a time where many earnestly mistake the appearance of democracy with the fact of democracy, and so we have people writing long and passionate essays asking why, for example, there aren’t more women on Q&A. After all, Q&A bills itself as “democracy in action”, and so it makes spectacular sense in a society that believes utterly in the spectacle that more women on Q&A means more democratic participation by women. But all it means is more women on Q&A.

It makes spectacular sense that Malcolm Turnbull’s disposal of the designations knight and dame this week means greater equality, when all it actually means is that a few of us might feel a bit less national shame. Even the 2020 Summit made a spectacular sense at the time, even though it was plainly a circle jerk for the centrist elite. We are, many of us, eager to believe that we have power and we can’t charge the young with naivete for their faith that a lift in a Canberra hotel is an “Imaginarium” when we have faith that our crony capitalist politicians are not going to introduce another regressive tax.

Like performance politics or optimistic ABC panel shows, the white-collar workplace has also come to perpetually promise us the democracy it can never deliver. An “unconference”, now recognised both by Word spell-checker and business magazine Forbes, is one of those things that highly profitable companies do to appear like the egalitarian organisations the market can never produce.

This false appearance of power reveals itself to even the lowest-paid workers, and not just those with jobs that lead them to fancy “unconferences”, which seem chiefly remarkable for their lack of PowerPoint presentations. Once, low-income employees of large companies had to wait for the annual Christmas party for the boss to reveal himself through drink and terrible dancing to be just-one-of-the-guys. Now, employees are forced to endure this charade of democracy much of the time. “What do you think? How do you feel? Use your voice!” are the exhortations of contemporary shareable media as much as they are of nearly any contemporary workplace. A friend of mine couldn’t take working for shit money in a discount department store a minute longer when he saw corporate signs that read “We empower you to help customers better!” in the lunchroom.

This constructed informality turns increased productivity extracted from the worker into the worker’s empowerment, a ride in a lift to an exciting possibility for change and a sponsored branding exercise into a chance, as the unconference’s website says, to “make history”.

“I think they meant very well,” said Crikey spy. “But I also think they thought a little ambitiously”. The “youth” delegates, many of whom appeared to have reached their mid-30s, were convinced of the myth of their own empowerment, so it was no wonder that they were a little hopeful when it came to empowering disempowered others. In sessions on asylum seekers, delegates discussed the need for more Facebook pages, more compassion and, in one case, for telephones. Of course, telephones would be of very real assistance to those behind the wire. But reports indicate that telephones are generally confiscated at Manus and Nauru. Common sense indicates that the delegate’s hope that sponsor Telstra would provide these phones at no charge would come to an absolute nothing.

I don’t wish to crap on Junkee or young people in general for their deluded hope. First, if I’m too rude, then my informant might stop sending me amusing text messages from youth events that read “There is a session on right now about how to stop wasting food. We have just eaten a lunch full of more food than we could eat. It was served in the hipster ‘street-food’ style”. Second, such critique would wrongly exempt oldsters from the charge of naivete. There are just as many well-meaning old folks claiming that humanity and compassion and listening are solutions to all the world’s brutal material problems as there are young ones.

The great trick of liberal democracy and its partner economy is the exponential renewal of our faith that we can influence it. Which is to say, foolish optimism seems to rise with time or at least, with the unequal wealth accumulation of the past 40 years. These unconference people are very, very hopeful, and perhaps their hope is not legitimate hope any more than the elevator was a legitimate “Imaginarium”. Perhaps it’s ideology.

Perhaps the belief that we are “starting a conversation” is the new opioid that works more effectively on a youthful West than the prescription of religion. And perhaps a place that is filled with logos makes good conversation about the “better future” these logos seek to falsely signify unlikely. I’m not saying that it’s impossible for a youngster to understand the very real and intimate ways they are screwed by the market when they are eating the luxury snacks it provided. I’m just saying these conditions aren’t ideal for uncluttered critical thought.

But I am, as the Crikey youth reminds me, no longer particularly young, and perhaps I am unable to see the possibilities within sponsored protest. When young people go to Wyatt Roy’s “innovative” hackathon or a Lockheed funded march for the environment or they cheer for Christine Lagarde or they eat poverty chic snacks provided by a major bank at a conference that purports to be all about the future of justice, perhaps they know something I don’t.

Perhaps they know that the only thing left is hope and that we will all end with this late, dying capitalism. Perhaps we should all just start eating the fancy snacks and hashtag the sponsor with thanks. Perhaps we’re fucked. So YOLO.

4 thoughts on “Instagram it. Hashtag it. Save the world.”