The government can determine who is classified as an "Immigration and Border Protection worker" -- and that can include the phone guy. Crikey journalist Josh Taylor and Crikey editor Marni Cordell report. 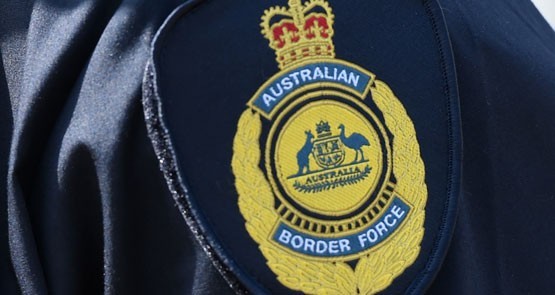 Confidential legal advice seen by Crikey reveals the Department of Immigration and Border Protection wanted to ensure that all contractors and subcontractors would be covered by a new law targeting whistleblowers working in offshore detention centres.

The new act creates a new definition of an “Immigration and Border Protection worker”, who is subject to the act. These include the usual public service employees and department employees, but also consultants and contractors engaged to perform services for the department, or those employed or engaged by those contractors or consultants. The legislation also empowers the secretary of the department or the ABF Commissioner to make a written determination at any time, classifying someone as an “Immigration and Border Protection worker”.

Once a person is classified as an IBP worker, that person would then face a range of restrictions and obligations, even if that person is not directly employed by the government.

The biggest concern with the act was the secrecy provisions, under which refugee advocates have said doctors and whistleblowers could face two years in jail for leaking information on the state of offshore detention centres.

Before the legislation passed, the government wasn’t sure how it could ensure all contractors and subcontractors working for the department would be covered by it, and the document seen by Crikey contains legal advice on how to ensure everyone was covered.

The department asked what the scope of the legislation would be for who could be classified as an IBP worker, and the legal advice said there “is no limitation on how far down the chain of subcontractors a person may be in order that a determination … could be made about them. In practice, however, it would likely be rare that it is further than a sub-subcontractor.”

“It would be difficult to have other parties agree to the imposition of contractual obligations that apply to all relevant consultants, contractors, and contractor personnel at all times. However, directions issued under the ABF Act to IBP workers can cover them at all times. Therefore, there are clear benefits for the department in using the direction powers under the ABF Act to impose obligations on IBP workers.”

The legal advice said workers who didn’t have access to sensitive information or systems, like accounting firms, or a Telstra technician who only serviced departmental premises once or twice a year, might not need to be covered, but the department could decide the risk of these workers having access to premises, information or departmental systems was enough to warrant them being declared IBP workers and being subject to the ABF Act.

The advice was provided in June this year, weeks after the Australian Border Force Act passed into law, but before the law came into effect on July 1. Crikey asked the Department of Immigration and Border Protection if any determinations had been made since the law came into effect, and a spokesperson for the department provided a broad determination that had been made by department secretary Michael Pezzullo but had not yet been published online.

“Any person meeting the criteria of the determination is considered an Immigration and Border Protection worker,” the spokesperson said.

These restrictions are awful but if there is no one willing to buck the system and go to jail then that is awful as well. Back in the Vietnam War days there were people who risked jail and were proud of it. Wasn’t Simon Townsend one of them?
Poor fella my country, again.

If we are not our brother’s keeper then we are, by definition of the Samaritan, his accuser.

Ken, one doesn’t have to be a show pony and go to gaol to effectively oppose the system. A good example of playing to the audience was Bob Gould’s climbing onto a low roof and jumping up and down shouting at police to ensure he was arrested. It did zilch other than get Bob the publicity.
Unlike the prancers and dancers, Simon Townsend acted on principle and without wanting to feel proud.
AR, you really don’t add much by trying to argue there can be only two categories when analysing complex issues, do you.
Jaybuoy, the fact that you might be one of a small minority who can spell Sturmabteilung doesn’t help establish you have even a clue about what’s required if Australia’s borders are to be safeguarded.