Boo hoo, a tabloid spoiled a reality show. But the case illustrates a broader problem with the law around confidential information. 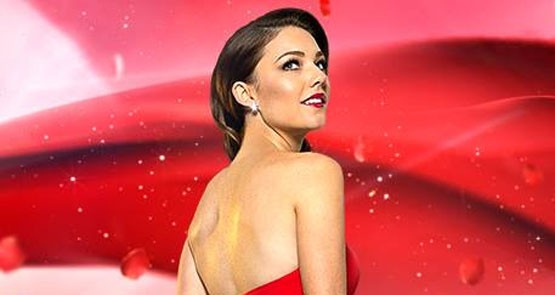 How is spoiling a reality show (and ruining your rival’s soft-focus puff piece on same) grounds for legal action?

The New South Wales Supreme Court says it is, forcing the Daily Mail to remove photos of Bachelorette Sam Frost and her chosen … something Sasha Mielczarek before the final episode of the reality show went to air. The freelance snapper paid by the Mail got the pictures through the window of a hotel room where Frost and Mielczarek were giving a softly-softly interview to The Daily Telegraph about their totally legitimate (and not at all made up for TV) newfound love.

Ten’s lawyer, Bruce Burke, of Banki Haddock Fiora, was able to convince the judge the Mail had engaged in “a deliberate revelation of information which it would have known was confidential to Channel 10”, and the Supreme Court granted an injunction against the British import.

When the injunction was issued last Thursday night, the Daily Mail said it was uncertain on what grounds it had been granted. But in a summary of proceedings released by the NSW Supreme Court earlier this week, the reasoning behind the granting of the injunction is made clear.

Burke didn’t argue Frost and Mielczarek’s right to privacy, nor did he need to argue a breach of contract or the deliberate leaking of confidential information by someone who would have been contractually obligated to keep it secret, as some had speculated before the publication of the summary of proceedings. Burke merely argued the Mail‘s publication of photos of Frost and Mielczarek had the potential to cause his client commercial damage. The summary of proceedings states:

“Channel 10 further contended that publication of the material was potentially very damaging to its commercial interests because people who saw it would be less likely to watch the final programme, or watch it through to the end. Channel 10 submitted that unless the material was removed from the websites it would continue to suffer such harm, which outweighed any prejudice Dailymail might suffer by having to take the material down for a short period. Accordingly, the balance of convenience was claimed to be in favour of making the orders.”

Michael Bradley, managing director of Marque Lawyers, had expected Ten’s case to have rested on some breach of contract case, and expressed surprise at the judgment.

“Just because someone’s commercial interests will be harmed by the disclosure of a piece of information, that doesn’t mean that anything unlawful has occurred, so I don’t see how the arguable case was established. You need both that and the balance of convenience in order to justify an interlocutory injunction,” he said.

“Ten apparently argued that the case was that the Daily Mail deliberately revealed information it knew was confidential. The problem is that that is not an arguable case on its own. Disclosing information which you know is confidential to someone else is not unlawful unless you are under some form of obligation to keep it confidential,” he pointed out. “Usually that’s contractual. It can arise from circumstances, but only very limited circumstances (e.g. if you found the secret formula for Coke in a garbage bin outside their headquarters, they might have a case that the circumstances give rise to an obligation of confidentiality on your part, but even that’s a thin argument).”

Dr Matthew Rimmer, an intellectual property expert at the Queensland University of Technology, says the case is another illustration of “ongoing tensions between the need of news organisations to report what’s going on — whether it’s high culture, popular culture or news — and the efforts of certain parties to try to retain exclusivity”.

The fundamental tension, Rimmer says, is resolved much more cleanly in copyright law, where there are defences for fair dealing. In the laws relating to confidential information, however, there’s a long-running debate about whether the defence can and should be as broad as the public interest, or whether it should be far narrower. Currently the tension is normally settled by individual judges, who have a great deal of flexibility in terms of how to interpret in this area of law.

Rimmer notes that the Trans-Pacific Partnership is expected to include stronger criminal penalties for the revelation of trade secrets. Which begs the question — could police be banging on the Mail’s door the next time it pays a snapper to ruin a rival’s big reveal?

At the very least, the case could liven up the lives of university students, Rimmer says.

“Intellectual property academics will be delighted they’ll be able to teach the finer points of the Bachelorette to students. That and monkey selfies will be in all the end-of-year exams”

Biden to use Quad to launch regional plan

“most journalists would … a willingness to publish such material part of good journalism., as would be a final proof reading.
Perhaps ‘deem’, ‘consider’, ‘regard’ or something similar?