How the govt, Border Force greased the palms of people smugglers

Amnesty International has released a report alleging Australia authorities had paid a group of six people smugglers a total of US$32,000 to turn their boat around and go back to Indonesia. 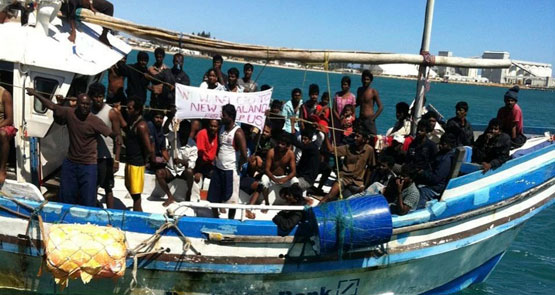 A boatload of asylum seekers who landed on the WA coast

This week, as former prime minister Tony Abbott received a mixed welcome in Europe for his push for the continent to close its borders and turn back boats full of Syrian refugees just like Australia does so successfully, Amnesty International released a report alleging Australia authorities had paid a group of six people smugglers a total of US$32,000 to turn their boat around and go back to Indonesia.

In June, then-prime minister Abbott said that the government was “protecting our country from the evil trade of people smuggling”, but the report from Amnesty suggests there could be a roaring trade for people smugglers who will be paid by asylum seekers attempting to reach Australia, and then again by the Australian government to turn the boats around.

The incident highlighted in the report, based on interviews with passengers and crew, is that of a boat that departed from Pelabuhan Ratu in Indonesia with six crew and 65 passengers from Sri Lanka, Bangladesh and Myanmar. Each passenger reportedly paid the smugglers around US$4000. The boat was headed for New Zealand, but it was intercepted by the Royal Australian Navy and Border Force twice.

On the second interception, navy personnel were alleged to have boarded the boat and anchored it on an island near Darwin. Once there, 50 of the passengers were allowed to board a Border Force ship to bathe, and it is while those 50 were on the Border Force ship that Amnesty reports the people smuggling crew allege they were paid by Australian officials. Two were said to have received US$6000 each, with four receiving US$5000 each, for a total of US$32,000. The report states:

“One of the 15 asylum-seekers who had remained on board described how he saw the captain meeting with the Australians in the boat’s kitchen and saw the captain put a thick white envelope in his shorts’ pocket.”

After a week, the asylum seekers were told they would be transferred onto two new boats that were reportedly not as well equipped as the original boat, and given very little fuel to get back to Indonesia. After being left to their own devices by the Border Force ships, one of the two boats ran out of fuel, forcing the remaining boat to become overcrowded. Amnesty claims the boat made it near to Rote Island, in southern Indonesia, where it struck a reef and the asylum seekers had to be rescued by locals.

Amnesty rejected initial claims from the Australian government that no money had changed hands to, in effect, pay people smugglers to take unsafe boats back to Indonesia, a journey that almost resulted in more drownings at sea. The Amnesty report states:

Amnesty even included a photo of the cash paid. 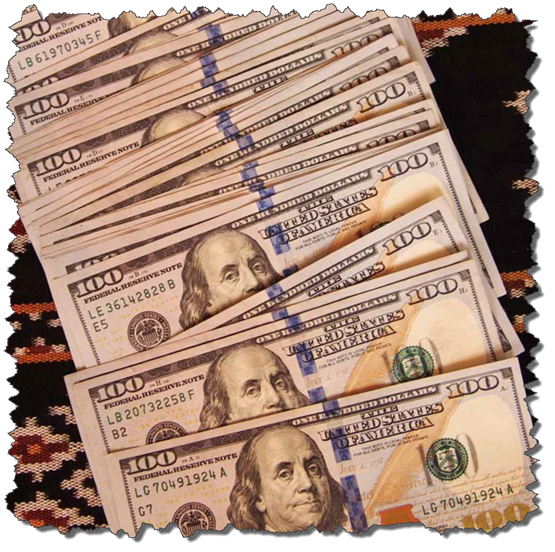 “The evidence collected by Amnesty International about the events of May 2015 indicates that on or about 24 May 2015 Australian officials appear to have organized or directed the crew to commit a people-smuggling offence.”

The crew are now in police custody on Rote Island, and charged with people smuggling, while the passengers are in immigration detention in Kupang.

Foreign Minister Julie Bishop initially attempted to claim in June when the reports of payments first surfaced that there had been no such payments, but, since then, government ministers have been much more careful in their phrasing. The rhetoric around “on-water matters” may be gone, but the government is no longer denying payments were made. Prime Minister Malcolm Turnbull is now simply suggesting that agencies are operating within the law. He told a press conference yesterday:

“The government, we are quite satisfied that our agencies are operating within the law and that’s to say they are operating legally. We have got a very important role to ensure that we stop people smuggling. People smuggling is a very, very serious crime.”

The price of stopping the boats appears to be US$32,000 apiece, and potentially breaching international law.

I note clownshoes failed to include this little piece of free market advice at the Thatcher soiree..

Maybe he realised the audience was familiar with such stuff through the AWB deal.

Josh – did our dolly bird the elder foreign minister, or any other government minister make this statement (no money was paid to people smugglers) in the parliament?
If so, why is she, (or any others) still in her/their position(s)?
Isn’t ly+ng to the parliament grounds for removal from the ministry, if not the government?

Captains of ships get paid. Airline pilots get paid. Crews of leaky boats near Christmas Island got paid.

You would, 30 pieces of silver is a lot for OneHand.