Recent claims about Australian English turn out to be unsupported and extremely questionable according to a range of national experts Fully(sic) surveyed.

Earlier this week, The Age published some commentary about Australian English and other language matters, introducing to the nation, and subsequently the world, the idea that among other things, Australians sound like we do because of alcoholism in early colonial Australia.

We tried our best to ignore the story, but it’s proven difficult. Shortly after publication, radio picked up on the story. Radio National and 3AW booked the article’s author, Dean Frenkel, in for interviews. By Wednesday, Frenkel was doing interviews with news.com.au and the story was breaking internationally. Radio New Zealand interviewed him, and British print media picked up on the story, including The Telegraph, the Independent and Daily Mail. The BBC started calling, and he spoke to various BBC services, including the World Service, which broadcasts to 20 million people.

Very impressive reach. And fantastic to see language issues get so much traction in the media. We’ve come across Frenkel before, and he’s managed to pique our interest once again. But when we read the latest article, it smelt funny.

We wondered what other language commentators around Australia might have to say about some of its prominent claims. We ran them by a bunch of other university lecturers (and threw in a few students for good measure) to see if The Age really was on to something.

One of the main points of the original article is reasonable — that we could be better communicators or public speakers. So we wondered, is it true that “poor communication is evident across all sections of Australian society and the annual cost to Australia may amount to billions of dollars”?

Louisa Willoughby, who lectures in linguistics at Monash University, didn’t dismiss the claim out of hand: “As a teacher and scholar of discourse analysis, I would stress that communication needs to be appropriate to context. Tailoring communication to context is genuinely challenging and may cost our economy money.”

However, she didn’t quite buy what the article was selling: “We don’t solve these problems by learning more about classical rhetoric or elocution lessons.”

Ilana Mushin, senior lecturer in linguistics at the University of Queensland, struggled to engage with the claim at all: “I don’t even know what poor communication means. Who decides? Is it about understanding each other? Using appropriate registers? Speaking grammatical English? Carrying an argument? Projecting one’s voice to be heard above others in a crowd? What about people whose first language is not English and have ‘foreign’ accents. Are they also poor communicators?

Associate Professor in linguistics at the University of Melbourne Rachel Nordlinger found the statement to be “completely unfounded and outrageous”, pointing out that: “Essentially language is determined by communication outcomes. If Australians were not able to communicate with each other effectively, we would change our practices to ensure communicative success. The fact that this isn’t happening [according to the claims made by the author] suggests that we are communicating with each other just fine.”

Not wanting to simply feed those already in “ivory towers”, we also asked students of linguistics. In particular, we wondered how The Age’s claim that “a recent trend in linguistics teaches that poor speech doesn’t matter at all” stacks up:

Third-year linguistics student David, like others we interviewed, wasn’t clear on what “poor speech” meant, but he thought that this might be a “fair thing to say”. “I remember one of the first things [the linguistics department] told us was the difference between descriptivism and prescriptivism.”

First-year student Annabelle laughed: “It’s not even really mentioned — it’s a first introductory linguistics lecture and then no one really touches on it.” Her classmate Hamish thought more about it and said “I’d say the opposite. I’d say it [poor speech] does matter, because we analyse it.”

Rachel Nordlinger was understandably a little more forthright: “Linguistics as a discipline is interested in studying what people say and how they use language, and is not interested in telling people what they should be doing. It is no coincidence that articles such as this one are not written by linguists. It’s not that linguistics teaches that poor speech doesn’t matter at all, but rather that linguistics teaches that there is no poor speech in the first place. Instead, each speech variety provides another interesting exemplar of what human beings are linguistically and cognitively capable of, and how they conceptualise and talk about the world around them.”

The label “poor” remained an opaque one for Ilana Mushin: “I think he probably means that linguists don’t judge language as good or bad. Calling speech ‘poor’ from a linguist perspective is like a chemist calling a molecule ‘poor’ because it doesn’t fit some aesthetic standard of the observer.”

We turned to some of the article’s more provocative claims and wondered if there was any truth to argument that not articulating T in “important” or the L in “Australia” reflects a national speech impediment and is a symptom of inferior brain functioning.

PhD student Joshua Clothier pointed out that pronouncing the T like a D in “important” (called T-flapping) is not restricted to Australian English and occurs commonly in North American Englishes too. In Joshua’s training, he was shown how “speech sounds are not beads on a string”: “When we speak, we don’t pronounce each individual sound separately — rather, through connected speech processes, each sound will have an effect on that which occurs next, and vice versa.”

Joshua also says that L pronunciation varies geographically in Australia, pointing out the South Australians are more likely to pronounce L in the way The Age article objects to: “Are we to demonise the speakers of a whole state because of the way they pronounce their Ls?”.

Jean Mulder, an expert on Australian English from the University of Melbourne, was an adviser on the Australian National English Curriculum and similarly points out that “it’s just a natural language process that’s seen across the globe. “There’s no evidence that I’m aware of (and he [Frenkel] doesn’t provide any) linking it to inferior brain functioning”. Nordlinger also debunks the idea of a “national speech impediment” and says there is no evidence at all to claim “inferior brain functioning”.

The claims the author makes about certain articulations using only two-thirds of the articulatory muscles make no sense, and show a limited understanding of articulatory phonetics. For example, it is no “lazier” to pronounce an E rather than an A in a word like “standing”.

What is a corpus and why should we have one?

On alcohol and Australian speech 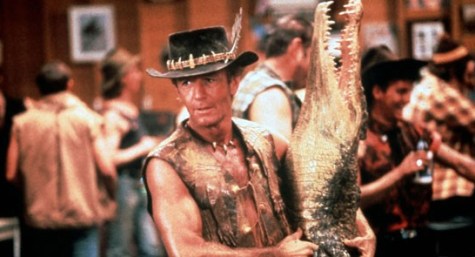